A Massive Chinese Rocket Will Fall Uncontrollably Back to Earth Soon. It (Probably) Won't Land On You

If you’re not at least a little worried about the core stage of China’s Long March 5B rocket now flying—tumbling, really—through low Earth orbit, you’re not paying enough attention. The giant chunk of space junk measures 30 m (98 ft) long and 5 m (16.5 ft) wide and weighs 21 metric tons. It’s traveling on an elliptical path around the Earth measuring roughly 370 km (230 mi) high by 170 km (105 mi) low, and that orbit is decaying fast. At the current rate, the rocket stage should reenter the atmosphere sometime on May 8—unless it’s May 7 or maybe May 9—and potentially scatter debris across the Pacific Ocean—unless it’s the Atlantic Ocean or Europe or Russia or Africa or somewhere in midtown Manhattan.

The point is, the only two things we know for certain are A: that the Long March 5B core stage is definitely coming down soon, and B: there’s absolutely no reason China should have gotten itself—and the world—in this position in the first place. “China is an outlier in the way countries have been disposing of rocket parts for 30 years,” says astronomer Jonathan McDowell of the Harvard-Smithsonian Center for Astrophysics. “They just decided, ‘Hey, the Earth is big. This probably won’t affect anyone.”

This particular Long March 5B started out its mission with no shortage of hoopla. It was launched on April 28, with the job of putting the 22-ton, 16.6 m core module of China’s new Tianhe space station into orbit. While the launch was flawless—at least so far as doing its principal job, which was getting the Tianhe to orbit—the follow-through was indifferent at best, and reckless at worst.

When spacefaring nations send a payload to orbit and jettison a spent first rocket stage along the way, they typically don’t let that stage fly too high or too fast, which would allow it to reach orbit. Rather, they keep it on a parabolic, suborbital trajectory. That means that when it’s done with its work, it falls immediately back to Earth in a predictable way and in an unpopulated area. In the case of rockets launched from Cape Canaveral, the dumping ground is the nearby Atlantic. In the case of China, which launches its rockets from the Wenchang Launch Center on the southern island province of Hainan, the Pacific is typically the junk yard.

But the Long March 5B didn’t fly that way. Instead, the core stage made it all the way to orbit along with the Tianhe module. Tianhe has its own guidance system to keep it in a high, stable orbit. But the spent Long March core stage was left behind in a much more wobbly (and unsustainable) orbit, and now it’s destined to fall back to Earth. “The fact that [China] let the core stage go into orbit reflects a lack of caring,” says McDowell. “They really do have to get with the 21st century.”

Trying to guess exactly where and when the rocket will re-enter is no simple business, though the U.S. military, for one, is doing its best. “U.S. Space Command is aware of and tracking the location of the Chinese Long March 5B in space,” said a U.S. Space Command spokesperson in an email to TIME. “But its exact entry point into the Earth’s atmosphere cannot be pinpointed until within hours of its reentry, which is expected around May 8.”

The rocket’s reentry time will be determined in part by earth’s atmosphere, which can swell or contract slightly depending upon random fluctuations of solar energy reaching the planet. The more contact the atmosphere makes with the rocket stage, the faster its orbit will decay. The question of just where it will reenter is a more complicated business. The rocket stage’s orbital inclination—its angle relative to the equator—is 41.5º, carrying it as far north as Chicago, Rome and Beijing and as far south as New Zealand and Tasmania. That puts an awful lot of people in its direct path.

It’s impossible to know which population centers—if any—the rocket will threaten until just before it begins its final reentry. Its orbital speed exceeds 28,000 k/h (17,500 mph), and miscalculating the reentry by half an hour either way can make a difference of more than 10,000 km in landing distance. “It’s a mug’s game trying to predict reentry locations,” says McDowell.

The good news, of course, is that more than 70% of the Earth’s surface is water, increasing the odds that the rocket will splash down harmlessly into the ocean. Much—but not all—of the rocket should also incinerate during reentry. What typically survives, McDowell says, are small components made of metals that can tolerate the extreme heat of reentry and larger ones that melt at lower temperatures, but may partly make it through due to their size.

Even if this particular piece of space debris does us no harm, there’s plenty more where it came from. Space Command reports that at any given moment, it’s tracking 27,000 human-made objects in space, the majority of which are in low-Earth orbit. The ability to venture into space might be one of our species’ more impressive achievements, but as the Long March is showing, it can come at a dangerous price. 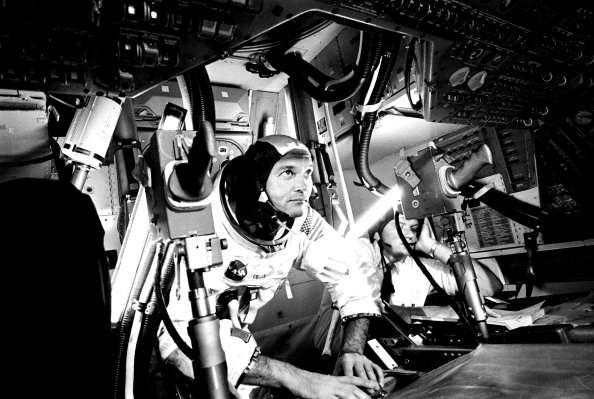