Lessons from The Team Event: Why It's Tough to Be a Skater If You're Not From Russia

It’s only day two of competition in Sochi, and already there are rumblings of a fix in skating judging involving — once again — the Russians. According to French paper l’Equipe, an unnamed Russian coach said the U.S. and Russians have a deal to give the gold in ice dance to Americans Meryl Davis and Charlie White in exchange for the Russians getting gold in the inaugural team event. The last big skating scandal, at the 2002 Olympics, also involved Russian skaters when a French judge allegedly voted for the Russian pair to win gold over the Canadians in exchange for Russian votes for a French dance win.

U.S. Figure skating officials immediately denied the latest report, stating “Comments made in a L’Equipe story are categorically false. There is no ‘help’ between countries.”

But if the team event, which gave Russia its first gold of the Games, is any indication, such talk may only flare up again over the next two weeks as the skaters shed their team mantles and return to their individual events. Figure skating in Russia is almost like the World Series or Super Bowl in the United States. Skaters are revered heroes, and with their rich history in dance and ballet, Russian skaters have graced the podium in every discipline — ladies, men, pairs and ice dance — at nearly every Winter Olympics. (Vladimir Putin, the face of the Sochi Games, was in attendance at the Iceberg Palace to witness Russia’s first gold medal win.) Vancouver was an exception; the Russians only managed to win two figure skating medals, neither of them gold, in the men’s and dance events in what they considered their most disappointing Olympic showing in the sport.

Now, however, they have home field advantage, which always tends to elevate athletes’ performance. But as the rumors already suggest, in skating does that inevitably involve suspicious judging? While new rules, put in place for the first time at the 2006 Olympics in Turin, make it harder to push less technical skaters up, it’s still possible to play around with the presentation scores among the top competitors.

Here’s what we know from the team event. When reigning Olympic champion Yuna Kim from South Korea won her gold in 2010, she did so with a Guinness book of world records-setting score of 228.56. Russia’s Yulia Lipnitskaia came awfully close to that, with a personal best of 214.41. Kim, who has been recovering from a foot injury but is back to defend her title, earned 204.02 at her only international competition this season. And Lipnitskaia has only been skating at the elite senior level for two years. With Lipnitskaia’s tight jumps and preternatural maturity, it won’t be hard to keep her up in golden podium territory, but other skaters are equally technically proficient. Japan’s Mao Asada, the 2010 silver medalist, is the only one competing with a triple axel, the highest scoring jump a female skater can do. The U.S.’ Gracie Gold, who, like Lipnitskaia also executed seven clean triples in an elegantly skated program set to Sleeping Beauty, earned a personal best of 129.38 to Lipnitkskaia’s 141.51 (Ashley Wagner skated the short program portion of the competition for the U.S.) However, the Russian teen outscored Gold in the ‘program components’ — the more subjective measure — that reward skaters for their skating skills, presentation and execution of moves.

In the men’s portion of the team event, Russia’s beloved Evgeny Plushenko battled back from retirement, knee injuries, and a couple of back surgeries to finish second behind Japan’s spectacular Yuzuru Hanyu in the short program and to win the free skate with a total of 259.59, just under two points shy of his most recent personal best, two years ago in 2012. Plushenko managed to pull off a quad jump in both his short and free programs, but many of the elite skaters in the upcoming men’s event have at least two quad jumps planned in each routine. Canada’s Kevin Reynolds, in fact, met Plushenko’s quad with three total in his free skate, with a program that began with 13.61 more points built in, thanks to more difficult elements. While Reynolds easily out scored the Russian on technical elements — 89 points to Plushenko’s 81.48, Plushenko make up the difference in the program components mark, soaring ahead of Reynolds with 86.72 points vs.78.92.

Figure skating will never be an objectively contested sport like speed skating or skiing. And as long as there are judges, there will be judges’ opinions and as long as there are opinions, there is the possibility of shenanigans. But that’s what makes skating such an intriguing sport. There’s beauty, sacrifice and talent that create unforgettable athletic moments. And then there are the back-room controversies that make the sport so hard to forget. 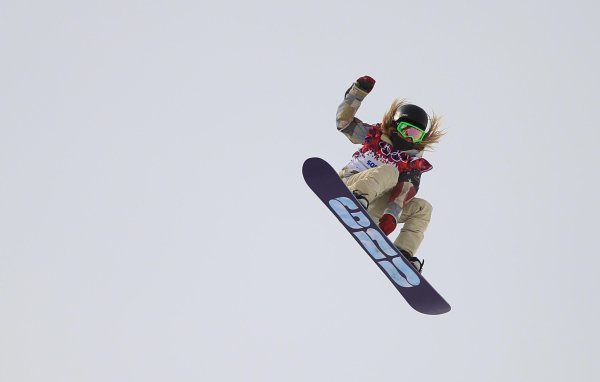