The Problem With Celebrating the Selflessness of Mothers

Anna Malaika Tubbs and her son.
Photograph by Shannon Lea Rock, Owner of Preserve Studio
Ideas
By Anna Malaika Tubbs
Anna Malaika Tubbs is a sociology PhD candidate at the University of Cambridge. She is the author of The Three Mothers: How the Mothers of Martin Luther King Jr., Malcolm X, and James Baldwin Shaped a Nation.

During my childhood, my family lived in Dubai, Mexico, Estonia and Sweden, in addition to visiting my dad’s home country of Ghana. Everywhere we went, my mom would comment on the ways mothers were treated. She often said, “If a mother is treated well in her community, that community will do well.” If the opposite were true, my mother believed that the community would suffer on all health and wellness indicators. She could find a way to relate everything back to the treatment of mothers.

Read more: ‘Of Course She’s Not O.K.’ The Conversation That Changed How I Thought About Early Motherhood

Still, despite what I heard from her all my life, I was not fully prepared for how quickly I would be forgotten after birthing my own child. It is a feeling many mothers in the U.S. know well. All eyes seem to be on you while you’re pregnant, sometimes in uncomfortable ways, but as soon as you give birth, all eyes turn to the baby. You’ve done the most epic and exhausting thing, yet you’re no longer at the forefront of people’s minds. In fact, the more you agree to being secondary, to put everyone’s needs ahead of your own, to let your child shine while you sit in the background, the more you are congratulated.

My first experience with this happened when my in-laws rushed into the delivery room as soon as they were allowed. All I wanted to do was shower and put on some fresh clothes, so I hobbled to my small hospital bathroom and sat under the water. I wasn’t expecting the amount of blood I saw washing away and reappearing nor the pain of my stitches and I needed help getting dressed, but everyone was so happy and focused on my son that I didn’t feel like I could ask for it. I struggled through the pain alone and returned to the room where no one seemed to notice how long I’d been gone.

This experience and others like it, where it seemed like my needs were no longer that important, were countered by unique supports I was privileged to receive. My mom and aunt flew in as soon as they heard I was in labor, arriving a few hours after my baby was born, and they immediately asked me what I needed. By the time we were released from the hospital, they’d turned our house into a kind of postpartum resort where they cooked three healthy meals for me a day and they cleaned our room every time I left. They let my husband and me have alone time with our son, but they also urged me to sleep and they would routinely sit with me and ask how I was feeling, both physically and emotionally.

I was also fortunate to have doulas who checked in on me consistently and even performed a postpartum ceremony to counter any notion that I was now in a secondary role. The ceremony took place in two parts: The first was called the Temazcal where I sat over a large bowl of boiled herbs with sheets and blankets covering me, creating a sauna-like environment. This was referred to as the release stage. The second part consisted of me lying on the floor while my doula used a rebozo, a special woven cloth, to “close my bones.” She wrapped it tightly all around my body. The ceremony was an acknowledgment of everything my body had done in bringing my child to this world. It was an invitation to release and an official closing of such a climactic experience. It was another welcoming of me into motherhood. This tradition has been performed over the years by the Aztecs and Mayans and continues in Mexico to this day. I felt honored that it was being shared with me.

Read more: Motherhood Is Hard to Get Wrong. So Why Do So Many Moms Feel So Bad About Themselves?

Most moms in the U.S. will not be able to relate. Tragically much of the experience of motherhood in our country has moved away from traditional practices and has left many feeling unsupported and even unseen once their children are born. While on my virtual book tour, I’ve spoken to many moms who initially struggled with motherhood largely because they felt that their needs were no longer a priority or because it didn’t seem like anyone cared about what they were going through. They gave birth and then were thrown into mothering as if it were a journey that one should be forced to embark on all alone. I didn’t only hear this in regard to biological motherhood: Adoptive mothers, too, shared that their needs were treated as less significant after they became parents. This is wrong and needs to change because it translates into a broader lack of support and celebration of mothers, not just on an individual level but on a societal one as well.

I agree with my own mom’s assertion that our treatment of motherhood is intertwined with everything else in our communities and our society. The pandemic shined a light on just how little support is in place for mothers in the U.S., specifically mothers of color, and just how much pressure we’re still placing on women to perform childcare duties on their own. We must alleviate this pressure, and one way to begin is to look at the woman who just brought a child into the world, to return to traditional practices that honor her and allow her to feel seen, to learn from other countries that prioritize mothers’ postpartum experience and pay more attention to how these practices carry forward into necessities like extensive parental leave and even universal childcare.

This Mother’s Day, I hope more people will focus on the woman after her child is born, even years after she has brought that child into the world. Let’s stop celebrating mothers for their selflessness or for always putting their children above their own needs and instead let them know they are not alone in holding the burden and that we recognize their strength, power and importance. 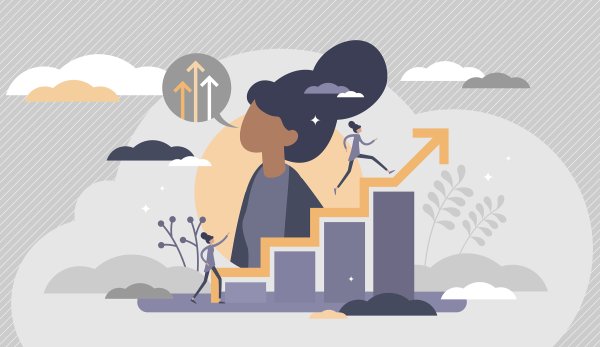