Katie Wright (center) surrounded by supporters marched to the Brooklyn Center Police department, demanding justice for her son Daunte Wright In Brooklyn Center, MN.
Jerry Holt—Star Tribune/Getty Images
Ideas
By Amanda Agan, Jennifer Doleac and Anna Harvey
Agan is an Assistant Professor of Economics at Rutgers University. @AmandaYAgan Doleac is an Associate Professor of Economics at Texas A&M University and Director of the Justice Tech Lab. @jenniferdoleac Harvey is a Professor of Politics at New York University and Director of the Public Safety Lab. @annalilharvey

Last summer, George Floyd was restrained by officers with the Minneapolis Police Department following a report that he had used a counterfeit $20 bill to purchase cigarettes. In Minnesota, use of counterfeit bills in exchange for property valued at under $1,000 is a misdemeanor offense.

The tragic deaths of Daunte Wright and George Floyd at the hands of the police have justifiably drawn considerable attention. Less attention has been given to whether the nonviolent misdemeanor offenses for which they initially came into contact with law enforcement should be chargeable in the first place.

In a new study we consider this question, using data from Suffolk County, Massachusetts (where Boston is located). We show that prosecuting minor offenses like the ones described above actually does more harm than good. Scaling back the prosecution of nonviolent misdemeanors leads to an increase, not decrease, in public safety.

How did we reach this conclusion? In our study we exploit a feature of nearly all criminal justice contexts: what happens to your case depends a bit on luck. As a defendant, you might get lucky and be assigned a lenient prosecutor instead of a harsh one. In Suffolk County, cases are randomly assigned to prosecutors, and those prosecutors vary in their leniency. Using rich administrative data from the Suffolk County District Attorney’s office on future criminal complaints, we follow the lucky defendants over time to see what happens to them, relative to the people who were unlucky and got assigned to a less lenient prosecutor.

By comparing defendants assigned to more-lenient versus less-lenient prosecutors, we’re able to measure the effect of nonprosecution—that is, having your case dismissed at the initial arraignment hearing. These lucky defendants are 58% less likely to show up in court again in the next two years. It appears they are dramatically less likely to commit additional crimes.

This effect is largest for first-time defendants, for whom being shown mercy may serve as a wake-up call that pushes them off the risky road down which they were venturing.

There are a few possibilities for why prosecution has such big effects. In Massachusetts, defendants who are prosecuted receive criminal records of their charges, even if those charges are later dismissed or the defendant is acquitted. Criminal records of charges and convictions are often visible to employers and other law enforcement agencies. These records could make it more difficult to find or keep a job, and could also make it more likely that a prosecutor pursues a case against you the next time you’re arrested. In addition, dealing with a criminal case is time-consuming and stressful, and these cases last for an average of six months.

In January 2019, Rachael Rollins was inaugurated as the new District Attorney of Suffolk County. She had run on a platform of a presumption of nonprosecution for a list of nonviolent misdemeanor offenses, including driving without the correct paperwork, possessing small quantities of prohibited substances, trespassing, and disorderly conduct. Rollins changed the default approach to these offenses from prosecution to nonprosecution, pushing her prosecutors to be more lenient toward low-level defendants. What happened?

Again, we found big benefits—defendants who were not prosecuted because of this new policy were less likely to come back to court with a new arrest in the following year. And because in Suffolk County 46% of nonviolent misdemeanor cases are brought against Black defendants, while only 24% of the county’s residents are Black, nonprosecution of nonviolent misdemeanor offenses disproportionately benefitted those who had previously been disproportionately affected by prosecution.

The main argument against going easier on low-level offenders is that this will simply encourage more crime. Perhaps most of us behave ourselves because we know there could be legal consequences if we do not. What if those consequences are reduced?

This is a valid concern. But when we look at the effects of the Suffolk County policy change on reported crime in Boston, we do not see any evidence that crime increased. We might even see reductions in crime down the road if this policy change frees up time and resources to deal with more serious violent and felony offenses.

Our criminal justice system is costly to taxpayers and defendants alike, and it is riddled with inefficiencies. This means we occasionally find policy options that both improve public safety and also save time and money—the elusive “free lunch” that would not exist in a more efficient context. Our research shows that scaling back the prosecution of low-level offenses is just this type of policy. We should embrace it.

The owner of Cup Foods—whose employee called the police to report George Floyd for using a counterfeit $20 bill—has done just that. He has instructed his employees to no longer call the police to report nonviolent misdemeanor offenses. Perhaps policymakers should follow his lead. 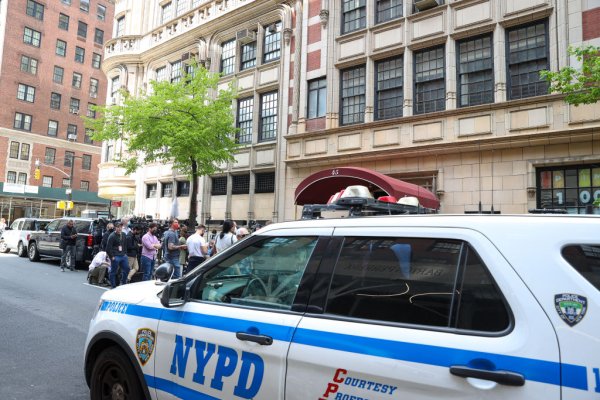