That Moment When You Must Have a Word With Jenny McCarthy

Jenny McCarthy hawking something that is not, for once, bad science.
Andrew Toth; Getty Images
By Jeffrey Kluger

Look, it’s clear we haven’t always gotten along, and it was never likely we would. You believe vaccines cause autism, that they are related to OCD, ADHD and other physical and behavioral ills, that they are overprescribed, teeming with toxins, poorly regulated and that the only reason we keep forcing them into the sweet, pristine immune systems of children is because doctors, big pharma and who-knows what-all sinister forces want it that way. I live on Earth.

Yes, I have often called you out by name, never favorably, and you’ve always left me alone—until today at least, when you name-checked me in a jaw-droppingly disingenuous piece you wrote in the Chicago Sun-Times, trying to launder your long, deeply troubling, anti-vaccine history. You quote yourself from earlier interviews in which you said:

That’s absolutely true, you did say those things. But let’s take a look at some of the other things you said in that same interview, such as the way you responded when I asked you about the outbreaks of polio that have occurred in Africa, Asia and American Amish communities when vaccines are not administered:

Then there was your answer when I asked you if you didn’t believe (like the overwhelming majority of doctors, research institutions and medical journals everywhere on the planet) that the rise in the incidence of autism has nothing to do with vaccines and is just a result of better recognition of autism symptoms, a widening of the diagnostic criteria for the condition and, as often happens, some overdiagnosing too:

And about that line in which you claimed not to be anti-vaccine. Let’s take a look at the entire quote:

Yes, and if you ask people whether they’d prefer witches to be burned at the stake or their community to be demonically possessed, they’ll stand in line for the witch burnings too. But they don’t have to make that choice because witchcraft is make-believe, as is your anti-vaccine nonsense.

Jenny, as outbreaks of measles, mumps and whooping cough continue to appear in the U.S.—most the result of parents refusing to vaccinate their children because of the scare stories passed around by anti-vaxxers like you—it’s just too late to play cute with the things you’ve said. You are either floridly, loudly, uninformedly antivaccine or you are the most grievously misunderstood celebrity of the modern era. Science almost always prefers the simple answer, because that’s the one that’s usually correct. Your quote trail is far too long—and you have been far too wrong—for the truth not to be obvious. 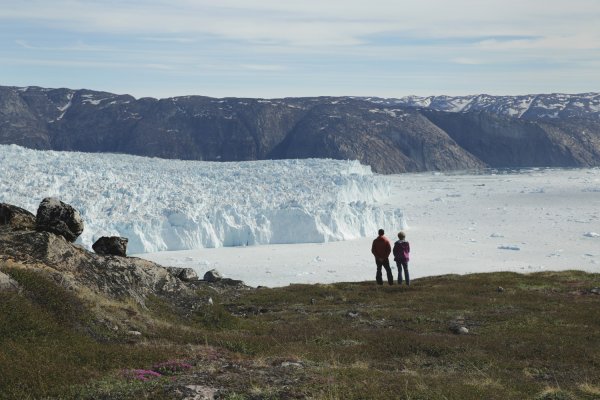 The Docu Series Years of Living Dangerously Tries to Close the Climate Gap
Next Up: Editor's Pick