The 10 Nightmare Cities Where No One Wants to Drive

This post is in partnership with 24/7 Wall Street. The article below was originally published on 247wallst.com.For many Americans, there’s no escaping the stressful rush hour drive — but not for everybody. Many choose not to own a car. In fact, according to a recent report, more than 9% of U.S. households did not have a car in 2012, a higher figure than five years ago. In 21 of the nation’s 30 largest cities, households were also less likely to have a vehicle than just five years earlier.According to a study by Michael Sivak, a research professor at the University of Michigan Transportation Research Institute, the growth in households without a vehicle provides evidence that Americans are less dependent on cars than in the past. Sivak’s research also indicates that, per capita, Americans own fewer vehicles, drive fewer miles, and consume less fuel. While the number of households without a car rose nationwide, from 8.7% in 2007 to 9.2% in 2012, figures by city differ dramatically. In San Jose, just 5.8% of households did not have a car. In New York, 56.5% of households did not have a car.According to Sivak’s report, “The proportion of households without a vehicle is likely influenced by a variety of factors,” including public transportation quality, urban layout, weather, and fuel costs.” Adie Tomer, associate fellow at the Brookings Institution, agreed that, per capita, Americans have been driving less, and that this is due to “a huge confluence of factors.”One of the major factors Sivak identified as potentially contributing to peaking motorization is an increase in the use of public transportation. In fact, in large cities where Americans were least likely to have a car, the percentage of workers who commuted via public transportation was especially high, according to 2012 figures published by the U.S. Census Bureau. Residents of New York, Boston, and Washington, where people are least likely to have a car, were all among the most likely Americans to take public transportation to work.According to Tomer, public transportation often serves as a substitute for driving, especially if the transit system is good. A good public transit system makes a city’s resources more accessible. Residents ask “Can I get to work in 30 minutes if I wanted to move to that part of town? How many grocery stores are within 10 minutes?” Tomer said.Sivak also noted the role played by good public transportation in his report. “The five cities with the highest proportions of households without a vehicle were all among the top five cities in a recent ranking of the quality of public transportation,” citing to a 2012 rank of public transit by Walk Score, a company that measures walkability in cities.Tomer noted that, in addition to quality transit service, the layout of a city matters as well. Cities where businesses, residences, and people are more tightly-packed lead to congestion on roads, making it harder to get around by car. Based on figures from a Census report, five of the cities where households are least likely to have a car are also located in some of the nation’s 10 most densely populated metro areas.While a densely populated city can be congested, it can also make the city easier to walk around. According to Sivak’s report, walkability are among the factors that can influence households to avoid buying a vehicle. Walk Score constructed one measure of walkability by considering distance to amenities as well as pedestrian friendliness. Most of the cities where households were least likely to have a vehicle also had among the top 10 walk scores in the nation.

Based on an analysis of “Has Motorization in the U.S. Peaked?” from the University of Michigan Transportation Research Institute, 24/7 Wall St. identified the major U.S. cities where the fewest households had a vehicle in 2012. The report relied on figures originally produced by the U.S. Census Bureau’s American Community Survey. Also from the survey, we considered household vehicle figures for 2007, as well as commuting data from 2012. We also reviewed Census data on population, using July 2012 figures, as well as population-weighted density, based on a 2010 Census Special Report “Patterns of Metropolitan and Micropolitan Population Change: 2000 to 2010.” We used qualitative scores on the quality of walking, public transportation, and biking in cities from Walk Score, and figures from the Brookings Institution on transit coverage by metro area for 2010. Brookings considers anyone living within 3/4ths of a mile from a transit stop to be “served.”

These are the cities where no one wants to drive:

Nearly 90% of New York metro area residents were served by public transportation, more than all but a handful of other places in the U.S. More than 56% of New York City households did not own a car, the most of any city in the nation. This figure was up from 2007, when 54% of New York households did not have a car. In all, New Yorkers were more likely than residents of any other city to take public transportation to work, and no city received higher scores for walkability or transit. The city continues to invest in public transportation, including extensions to the city’s subway system, a new subway transit hub in downtown Manhattan, and improving accessibility for Long Island Rail Road commuters.

Nearly 38% of households in Washington, D.C. did not have a car in 2012, one of the highest percentages in the U.S. Additionally, more than 60% of working residents chose not to drive to work, one of the highest rates in the nation. The city received some of the highest marks from Walk Score for walkability, public transit, and biking in the area. As of 2010, 82.5% of the Washington, D.C. metro area’s population was served by a transit system. This figure may rise once the first section of the Washington Metro’s Silver Line opens, scheduled for later this year.

Boston commuters were more likely to walk to work than those in any other major city. More than 15% did so in 2012. The city’s public transportation also offers excellent alternatives to driving, according to Walk Score, which rated Boston’s transportation infrastructure third best in the country. The Massachusetts Bay Transportation Authority (MBTA), also known as the T, recently announced the completion of train arrival information systems at all 53 of its heavy rail stations in the city, one of the first cities in the country to do so.

The Southeastern Pennsylvania Transportation Authority (SEPTA) maintains rail, trolley, and bus routes throughout the Philadelphia region, including more than 100 bus stations. There are four public transit systems in addition to SEPTA connecting residents to their destinations in the Philadelphia metro area. The city was among the top six urban areas for its walkability, overall transit quality, and bikeability.

San Francisco’s transit system was rated higher than all but one other city by Walk Score. The city also scored higher than nearly all other urban areas for its biking and for its walkability. City residents were taking advantage of these opportunities as of 2012, with over 55% choosing not to commuting to work by car, more than all but a handful of U.S. cities. San Francisco, which is well within commuting distance of Silicon Valley, also pioneered a controversial program permitting companies such as Google and Apple to use public bus stops for their private shuttles. 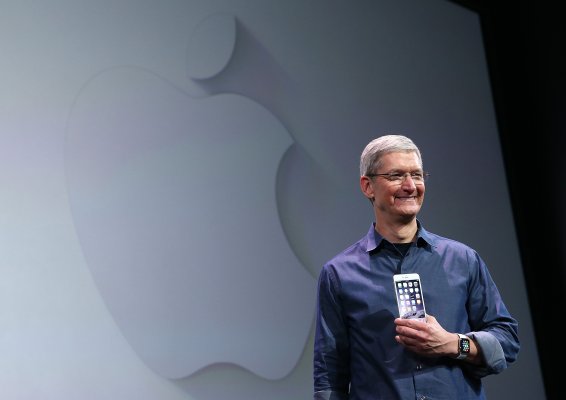 Here’s Why the Apple Car Is Making Auto Executives Nervous
Next Up: Editor's Pick