On the Internet, there are several kinds of communities. There are the ones where everybody goes by real identities — in theory, at least — such as Facebook. There are ones where you can choose to participate using either your real identity or a manufactured one, such as Twitter.

And then there are communities where anonymity is kind of the whole point. Such as Secret, a new iPhone app which debuted just last week. At the moment, it seems, half of Silicon Valley is fixated on it — though it’s hard to say just who, since it’s a community with no names, profiles or photographs.

The overarching purpose of Secret, say its creators, “is to not build only an app, but a platform that will bring more authenticity, self-awareness and empathy to the world.” People, in other words, are more likely to speak their mind in an electronic forum if their words can’t be traced back to them.

That notion dates back decades, at least to the era of dial-up bulletin-board systems, where fictitious identities were common. Secret has a lot in common with Whisper, another app which lets you overlay confessions on images; Whisper, in turn, owes a debt to the PostSecret site, which has been around since 2005.

The most notable twist about Secret is that it’s controlled anonymity. Many of the items you see come from your friends (as determined by the folks in your iPhone’s contact list) and friends of their friends. And while nobody goes under a name or a handle, preassigned iconic avatars let you keep track of who’s who in a comment thread — even if you don’t know anyone’s identity.

Secret’s creators take various other measures to preserve anonymity: It doesn’t show secrets until you have at least three friends on the system, and then shows them in random order. Oddly enough, however, some users choose to de-anonymize themselves by signing their secrets or uploading images of themselves.

The fact that many of the items are from your acquaintances imbues them with meaning they wouldn’t have if they came from random strangers. You wonder who’s talking — and if the secret in question is weird, disturbing or mean, as many are, you may find the whole experience unsettling.

With social networks, it’s always dangerous to assume that your experience is representative of everybody’s experience, since we all have different friends and see different stuff. But for the record, almost every secret I get on Secret falls into one of a handful of categories:

* People talking about Secret itself, in the sort of meta-conversation which is standard practice on any new social network;

* Insulting statements about a handful of specific well-known figures in Silicon Valley, and/or the companies they run;

* Complaints about entire categories of Silicon Valley players, such as venture capitalists or (ahem) tech bloggers;

* Confessions about sex and various bodily functions — often kind of disgusting ones — which might or might not be sincere;

Assuming you’re not an instinctively mean person, your initial reaction to Secret might be that it’s too mean — at least when its members say unpleasant things about specific people, which happens all the time.

But my big issue with the app is that the anonymity doesn’t seem to be encouraging anything approaching an atmosphere of consistent honesty. It’s creating a place where almost anything might be fact or fantasy, sincerity or snark. You just don’t know. (It’s especially pointless to think of the app as a hotbed of juicy gossip about tech companies — a fake secret about Evernote being acquired has led to an entire sub-genre of fake acquisition secrets.)

When presented with the opportunity to speak without consequences, it seems, some people will be unusually empathetic and forthright, in the way that Secret’s inventors intend. But others will be cruel. Or will just make stuff up.

For the moment, at least, Secret makes for an oddly compelling gumbo. If people outside of the tech industry flood in, its personality will likely change. For one thing, civilians are less likely to use Secret to talk about Secret. I also shudder to think what teenagers might do to each other on a social network where they know their friends are reading, but they can’t be held responsible for what they say about each other.

I haven’t posted any real secrets myself, but I’m lurking — and it will be fun to see if this idea turns out to be a fad or a phenom. 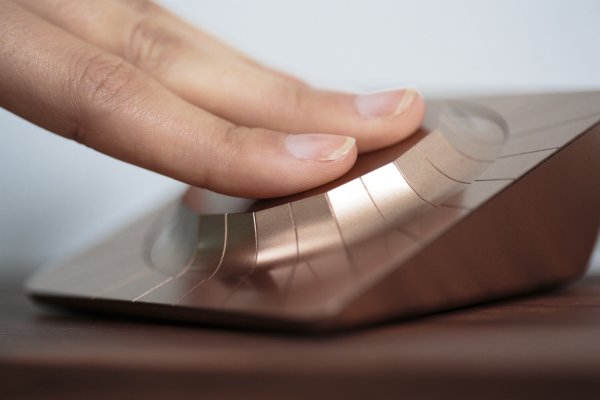 Beep Is a Music Streamer Cleverly Disguised as a Volume Control
Next Up: Editor's Pick