President Barack Obama and First Lady Michelle Obama paid $98,000 in taxes on $481,098 of adjusted gross income in 2013, according to their tax returns released Friday by the White House.

The first family, which reported an overall income of $503,183 before factoring in tax reductions, made about 27% less than in 2012, when their adjusted gross income was $608,611. In his five years at the White House, Obama’s income has fallen from a high of over $5.5 million in 2009, as royalties from his successful books have slowed. The Obamas paid an effective federal tax rate of 20.41 percent, above that of the average American family, but below the average tax rate paid by those earning incomes in the top quintile. 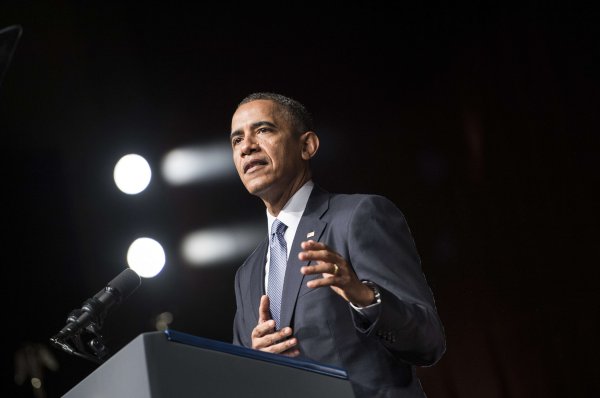 Obama Is Like LBJ. No wait, FDR, Reagan, JFK, Clinton…
Next Up: Editor's Pick