Films tagged “teen” dropped at the same rate as though with an older theme.

Meanwhile, uploaders seem to be a whole lot more into threesomes recently.

After a brief dip in popularity in 2007, “secretary” and “boss” are on the upswing.

Just in time for Valentine’s Day, we have the adorable statistic that people want the lovey dovey stuff more than the other stuff. Aww. 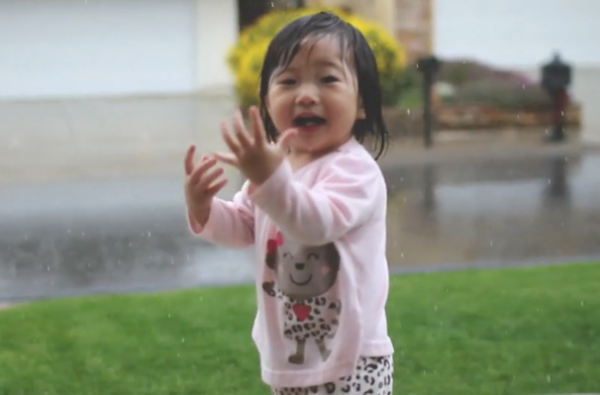 Watch a Toddler Experience Rain For The First Time
Next Up: Editor's Pick