Caster Semenya Is Barred From Her Best Race. But She Won't Give Up On Tokyo

Caster Semenya’s fight continues. In February, the South African runner filed an appeal to the European Court of Human Rights, for the right to run in the Tokyo Olympics in her preferred event: the 800-m, a race in which Semenya is the two-time defending Olympic champ. In 2018 World Athletics, the global governing body for track and field, ruled that female athletes with differences of sex development, competing in races from 400 m to the mile, must reduce natural testosterone levels through medical intervention in order to run in those races. Semenya, who was born a woman and is legally recognized as a woman, has said that from around 2010 to 2015 she took birth control pills to lower her testosterone: she said she suffered from side effects like fevers and experience abdominal pain, among other symptoms. She has since refused to take any more medication to comply with the World Athletics rules.

Semenya took her case to the Court of Arbitration for Sport, which in 2019 upheld the World Athletics regulation: the Swiss supreme court, last year, dismissed her appeal. So Semenya is making one last push before the Olympics, to the European Court of Human Rights. Meanwhile, she is still trying to qualify for Tokyo, in the 5,000-m.

Semenya, who recently partnered with beauty brand Lux for a public campaign to overturn the ruling, joined TIME for a rare one-on-one interview from her home in Pretoria, South Africa to discuss her case, her legacy, and her plan for Tokyo. “I’m just going to say to my people,” Semenya tells TIME, “I’m back.”

What’s your level of hope that this new appeal, to the European Court of Human Rights, will work? I’m a believer. I do not doubt my instincts. This is all about going in there and showing these people that if you are a leader, you need to act in the best interest of the athletes. You must not go out there and try to discriminate or categorize people. At the end of the day, when we enter into an event, you say, I see a woman. You don’t say, I see a woman with high testosterone.

What do you see as the likelihood of a ruling before the Tokyo Olympics, which begin on July 23? I don’t really know. But what I know is that this is an urgent matter. I need to know where I stand. My title shot is very important to me. I have lost my title, and I’m not really happy about it.

Why is it so important to you? You could walk away having accomplished so much in your sport. Because I feel like I’ve been banned from my greatness. When you’re an athlete, you have a target. My target was maybe to win certain medals. And then someone decided to stop me because that person sees I’ll be the greatest. I feel like I’m not yet done. I still feel fresh. I still feel young. I cannot walk away if I feel like I can still do this thing.

While you await the legal verdict on your appeal to run the 800 m, you’ve decided to try to qualify for Tokyo in the 5,000 m. On April 15, you won the South African national championship in that race, but your time was more than 40 seconds slower than the minimum Olympic standard. Can you shave off 40 seconds in time for Tokyo? In distance, 40 seconds is nothing. For a particular day, you can produce a magical performance. In 12 laps, I can rectify mistakes in every race. It’s not really a big deal.

You originally were planning to run the 200 m. Why did you switch? You starting asking yourself if the 200 makes sense with the age, because remember now, I’m 30, and I’m thinking do I really have a future in sprints? It’s a big no. Because I don’t know when I’m going to tear my muscles.

About two years ago, you called out the lack of support you’ve received from female runners. As you’ve continued to fight, has that changed at all? A lot has changed, because people begin to see things in a different way. At first, you probably see me as your enemy. Then you tend to see people start reaching out. As women, we need to support each other, no matter what.

World Athletics has said the DSD regulations have “never been about one athlete,” but about preserving fairness for female competitors. What’s your response to that? That’s not fairness. That’s bullsh-t. What athlete in the world ran the 400 m to a mile and excelled in this era? And then you’re going to tell me you want to make it about fairness for everyone?

You’ve been under such intense scrutiny for over a decade. Does it get tiring? What’s it like in your shoes? It’s great to be me, man. I’m a happy soul. It’s good to be an activist. It’s good to fight for people. If you look into athletics, there are a lot of girls that are like me, facing the same problem. The goal is to make sure they don’t face what I faced.

What do you want your legacy to be? That’s a little bit confusing because I’m not yet about to stop [running]. I might transition into maybe politics. I always want to see change in my community. I want to be that person who is going to be out there for people and make sure that whatever I promise I deliver to my people.

When we spoke less than two years ago after a race at Stanford, you ruled out politics for your future. What changed? You grow. My issue is political. It’s about rights. It’s about helping people. I’m fighting for other young girls. Young girls from Asia, young girls from Africa, there are a lot of them with DSD. And they are being affected. Instead of supporting those girls and saying they are phenomenal like males, you’re going to say no, they are not human enough. What do you mean? I’m starting to be fascinated by politics because I’ve seen that it’s actually a political move. It’s far off of fairness in sports. Sports is never fair. If you look at basketball, if you look at swimming, then you come to me and you’re going to say, because I’m a different woman, I am not allowed? Bulls–t.

Why is your case a human-rights case? I’m a woman; you’re telling me that I’m not a woman. You want to stop me from being me. You want to change me. It’s wrong. I was born the way I am. I cannot change. It just must get into their head that I’m never going to change for them. 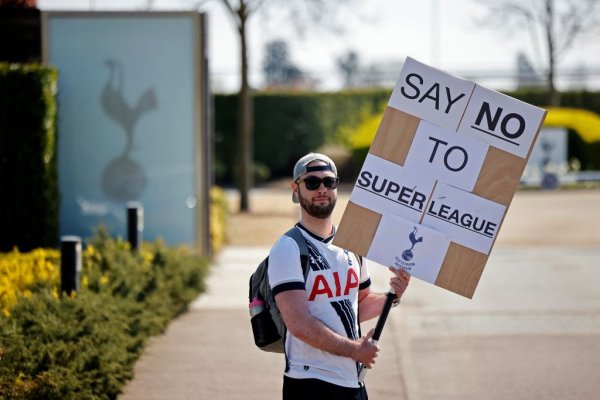