'How Has Racism Impacted You and Life Around You?' Here's How I'm Trying to Foster More Understanding Through Truth and Reconciliation

Ideas
By Mark Eckhardt
Eckhardt is the creator and founder of One Million Truths. He is the CEO and co-founder of COMMON, a creative accelerator for social enterprises, and he serves on the President’s Leadership Council for Search for Common Ground.

In early 2017, I found myself being stalked and chased. People yelled from their cars as they drove by, called me the N-word. “You don’t belong here,” they shouted. “Get out of this neighborhood.” One man threatened to kill me if he saw me again. On multiple occasions police officers and private security arrived within minutes of me parking my car to take a phone call, saying they had received reports of my presence. During these incidents I was never more than four blocks from my home.

In trying to connect with people who could relate to what I was going through, I was met by a flood of painful, formative experiences. Countless Black friends and colleagues were dealing with similar spikes with racism. They told me about what they were experiencing that year but also what they had faced over their lifetimes: being called N-word daily, crosses being burned on front lawns, children being followed in stores and individuals being stopped by authorities for no reason.

On Martin Luther King Day 2020, I wrote a Facebook post acknowledging the contributions of the civil rights leaders of previous generations and detailing my own experiences with racism, starting from when I was a young child.

Of all the reactions to my post, those from non-Black friends stood out the most. They were shocked, in disbelief, which left me with a troubling question: How is it that people I grew up with and worked with could be so out of touch with my experience as a Black American? I concluded we had a bigger problem than I’d imagined.

We urgently need a new context to view and understand racism. We worked to address racial conflict in the ‘50s and ‘60s. But in 2021, as we continue to fight for an equal and just America, we do so in a different environment, one that fuels the threats to our existence and makes collective action difficult to plan and execute. There’s a battle over facts and truth. Our politics, culture and every facet of life are infused with win or lose dynamics. Renewed tribalism reflects a zero-sum attitude. Leaders are caught between the techniques of those who came before and the tone, tools and tactics necessary to engage in today’s environment.

In June 2020, I founded One Million Truths, a media platform dedicated to truth and reconciliation, a centralized place for Black Americans to go to feel safe, be seen, heard and validated and a place for non-Black Americans to listen, respond and amplify truth.

When I first engaged people about racism for this platform, I found that white people empathized, but the majority of them came across as disconnected, making it out to be a phenomenon happening to Black people off in the distance. Very few were aware that the impact of racism has a far greater reach—and that it includes them.

I then began asking non-Black Americans: What has racism cost you? How has it impacted life around you? Suddenly, the disconnection disappeared and people of all political affiliations, professions and points of view began sharing memories of traumatic events that happened in their families and communities. They shared about the impact of giving up personal power and self-expression and the costs of numbing themselves to the pain of racism to avoid being ostracized.

These admissions expose deep racial in-grouping and out-grouping, a system of oppression created over centuries by powerful whites and sold to poor whites to distract them from and justify the accumulation of wealth and power. Historically, this system cast Black Americans as inherently less human, unqualified and dangerous and has given white Americans a way to justify Black Americans’ place in the system. And it thrives to this day, fueling racial conflict by forcing Blacks to fight for inclusion and upward mobility while whites are provoked into blocking the ascension of Blacks out of fear that they will lose their status and opportunities.

Our survival depends on moving beyond self-limiting beliefs that we are different from one another and toward e pluribus unum—out of many, one, an ideal the country was founded upon. If we are to break the grip of these oppressive systems that pit one American against another, there is no greater vehicle than genuine truth.

What if we could really see each other and feel each other’s experiences? What if all Americans understood racism and how it shows up in everyday life from the insidious to the overt? By sharing first-person testimonies from Black Americans, One Million Truths pierces through today’s sense of separation and shines a light on the humanity and struggle of racism. We should be connected, not fragmented, and instead of being afraid to act, we should be emboldened to. There’s a place for each of us. Share your truth or bear witness and engage with truths. From this place of restoring dialogue, we move powerfully forward. 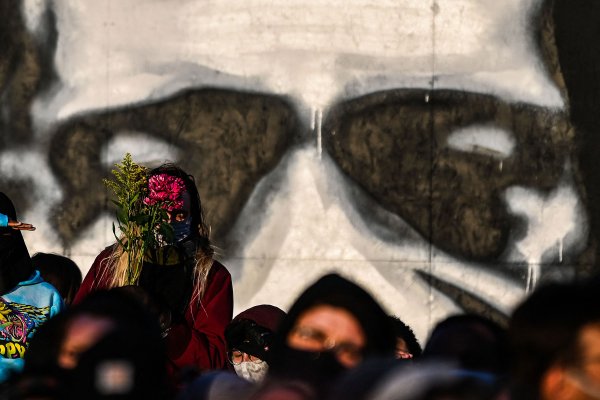