Global carbon dioxide emissions from energy use are set to rise by 5% in 2021 compared to 2020, the second highest year-on-year increase in history, according to a report published April 20 by the International Energy Agency (IEA).

In 2020 carbon emissions fell by a record 5.8% as restrictions placed on daily life to slow the spread of COVID-19 drove global demand for energy sharply down. But this year, as governments roll out economic stimulus packages and vaccine campaigns, demand is on track to rise above 2019 levels.

The projected single-year increase in emissions is topped only by 2010, the IEA says, when emissions soared as the global economy rebounded from the 2008 financial crisis.

Though emissions remain 1.2% below their 2019 peak, the new figures are worrying for researchers as they suggest governments are pouring resources into fossil fuels in a bid to revive their economies, despite many world leaders’ promises to deliver a green recovery from the COVID-19 pandemic. “This is a dire warning that the economic recovery from the Covid crisis is currently anything but sustainable for our climate,” said Fatih Birol, IEA Executive Director, in a statement. “Unless governments around the world move rapidly to start cutting emissions, we are likely to face an even worse situation in 2022.”

Demand for coal, the dirtiest fossil fuel, is projected to surge 4.5% this year compared to 2020, with its growth far outpacing renewables, even as clean energies, such as wind and solar have become cheaper than coal in many cases. Though coal use is likely to rise slightly in both the E.U. and the U.S., more than 80% of coal’s projected growth is concentrated in Asia. China’s government ramped up plans for new coal-fired power stations during the pandemic, a move climate campaigners say contradicts the country’s pledge to reach net zero emissions by 2060. China’s coal-fired power plants account for around one third of global coal consumption.

U.S. president Joe Biden is due to host a virtual climate action summit with 40 world leaders on April 22 and 23 in a bid to elicit more ambitious targets for emissions reductions from major emitters ahead of a major U.N. climate conference in November. The U.S. is expected to reveal its own long-awaited target this week, with climate campaigners hoping that Biden will pledge a cut of more than 50% on 2005 levels by 2030. Birol described the summit as a “critical moment” for the climate. 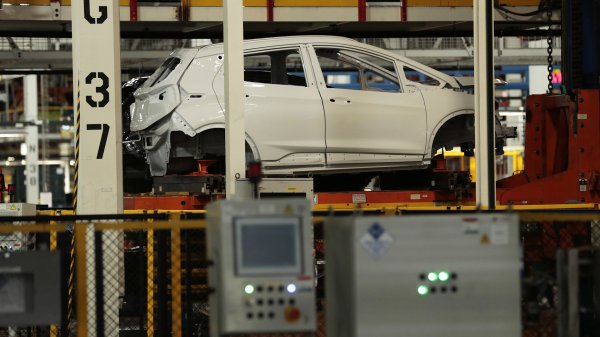 The Great American Electric Vehicle Race
Next Up: Editor's Pick