History's Lesson for Activists Who Want to Defund the Police

A participant holding a Defund The Police sign at a protest on June 2, 2020, in Brooklyn, N.Y.
Erik McGregor—LightRocket / Getty Images
By Sarah E. Ryan

Chief Medaria Arradondo of the Minneapolis Police Department made it plain in his testimony: Derek Chauvin’s knee on George Floyd’s neck—after Floyd was prone, handcuffed and unresponsive—violated departmental policy, training, ethics and values. That George Floyd died anyway might, activists hope, be the catalyst for the transformation of American policing.

Years of local reforms failed to protect George Floyd, and recent state legislation falls substantially short of what is needed. Advocates are increasingly calling out anemic police reforms. And now, the police trial that everyone is watching could prompt ambitious change. To some, this could be the moment we gut renovate city charters, state and federal laws. To others, especially as the Minneapolis area reels from the killing of Daunte Wright, who was fatally shot by a police officer during the Chauvin trial, change feels hopeless even now.

But history suggests that radical change is possible. We can defund the police (and probation and parole, too) if we want to. After all, we have done this kind of thing before.

Defund-and-invest is not radical or new. But it is tricky, as we learned from the psychiatric deinstitutionalization movement of the 1960s. As we move forward with ambitious proposals about the future of policing, we should heed three lessons from that movement: build a broad coalition, form an investment plan, and create systems that can withstand political change.

The first half of the 20th century saw a rise in state-supported mental institutions across the United States. Following World War II, state mental hospitals were one of the major providers of elder care. By the mid-1950s, these institutions housed more than 500,000 people. Most patients were involuntarily committed; they were effectively incarcerated. Many lived in crowded dormitories, underwent ineffective treatments and experienced grim confinement. With the enactment of Medicare and Medicaid in the late 1960s, taxpayers footed more of the bill for the failing asylum system, so the public started demanding change.

But despite defunding a broken system, the United States struggled to provide effective, ethical mental health care for its people. And deinstitutionalization introduced new problems and vulnerabilities. These predictable consequences must inform today’s reforms.

The first lesson is that deinstitutionalization was a bipartisan defund-and-invest effort. Scientists, judges, fiscal conservatives, civil rights activists and much of the general public landed on a fiscal goal: defund the large state-run psychiatric institutions. Medical advancements and federal funding enabled the coalition to entertain a replacement investment: community mental health care. So, stakeholders arrived at a consensus: defund the asylums and invest in outpatient treatment.

Today, the Movement for Black Lives and others are forging consensus around what to defund and where to invest. The Chauvin trial and state budget challenges could prompt serious cuts to police, prison and probation budgets. But the investment side of the equation will take longer. As history shows, we must not let that part of the discussion stall.

The second lesson from the deinstitutionalization era is that we must formulate a long-term investment plan. Soon after deinstitutionalization, community health care and supportive housing were fragmented and insufficient. Tens of thousands of people were discharged from asylums into financially struggling cities with stressed social safety supports. Old and mentally ill people were soon overrepresented among the homeless, in poor neighborhoods and in prisons. The population of nursing homes doubled in the decades following deinstitutionalization. By 2010, more than one-third of prisoners were mentally ill. This re-institutionalization of the old and mentally ill was a disgrace that proved deadly during the pandemic. The historical lesson is simple: without a solid investment plan, cuts will spur new abuses of vulnerable individuals and communities.

The third lesson from deinstitutionalization is that legislative will is fickle. Funding for the National Institute of Mental Health (NIMH) is illustrative. From the late 1940s to early 1970s, Congress supported the NIMH’s mission to defund asylums and invest federal money in a network of social and medical supports. By the 1970s, conservative legislators forced the NIMH to advocate for state funding and shift its focus away from broad social problems.

In 2010, the Affordable Care Act restored some of President Kennedy’s vision of community mental health care. In 2018, the First Step Act reformed some of the harshest federal drug laws and invested in rehabilitation programs. But the criminal statutes of every state and the federal government still mandate imprisonment for many drug offenses. Legislators have yet to sufficiently rewrite the laws that over-incarcerate the mentally ill and underfund community mental health care. Today’s defund-and-invest advocates must confront this political reality and design systems that will outlast the current appetite for change.

None of these lessons suggest that we shouldn’t defund the police, prison and parole systems. History shows that we are better off with fewer asylums, just as we will be better served by smaller police departments, prisons and probation systems. Our nation has protested and defunded a broken system before. It is time to do it again, only better. 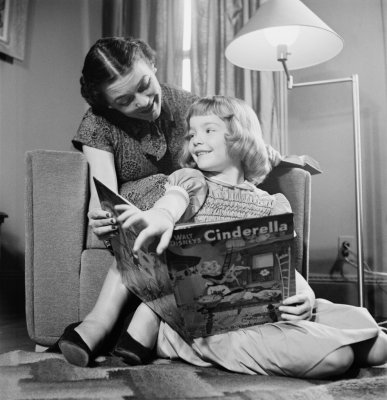 The Rise and Fall of Cinderella
Next Up: Editor's Pick