What Happens Next with Iran Nuclear Negotiations After the Natanz Attack

In this handout provided by the EU Delegation in Vienna, Representatives of the European Union, Iran and others attend the Iran nuclear talks at the Grand Hotel on April 15, 2021 in Vienna, Austria. Representatives from the United States, Iran, the European Union, Russia, China and other participants from the original Joint Comprehensive Plan of Action (JCPOA) are meeting directly and indirectly over possibly reviving the plan. The JCPOA was the European-led initiative by which Iran agreed not to pursue a nuclear weapon in exchange for concessions, though the United States, under the administration of former U.S. President Donald Trump, abandoned the deal and intensified sanctions against Iran.
EU Delegation in Vienna via Getty Images
Ideas
By Ian Bremmer
Bremmer is a foreign affairs columnist and editor-at-large at TIME. He is the president of Eurasia Group, a political-risk consultancy, and GZERO Media, a company dedicated to providing intelligent and engaging coverage of international affairs. He teaches applied geopolitics at Columbia University’s School of International and Public Affairs and his most recent book is The Power of Crisis

Here’s what happens next with Iranian nuclear negotiations, 2021 edition.

On April 11, a bombing at Iran’s Natanz nuclear facility, the country’s biggest enrichment site, took out the power supply and reportedly destroyed thousands of centrifuges. Following initial speculation that the explosion was the result of a cyberattack, it quickly became apparent that a physical bomb was planted at the site. Israeli media quickly attributed the attack to the country’s intelligence service Mossad. But while the physical target was the Natanz facility, the real target was the delicate negotiations unfolding (albeit indirectly) between Tehran and Washington to resuscitate the nuclear deal former President Donald Trump pulled out of in 2018.

Israel most likely acted alone in bombing Natanz, but it timed the act to coincide with the trip of U.S. Defense Secretary Lloyd Austin to Jerusalem, a fact seized upon by Iranian hardliners as proof that the act was a coordinated attempt at sabotage between the U.S. and Israel… which they probably would have claimed anyway. Iran’s leadership won’t be baited that easily, however. For them, reentering the nuclear deal at this point is a necessity as sanctions have devastated Iran’s economy, which is also reeling from the Covid-19 pandemic. The Natanz attack wasn’t designed to make Iran’s leaders think the U.S. was negotiating in bad faith, but rather to give more ammunition to the hardliners arguing that Iran shouldn’t be holding nuclear talks at all, upping the pressure to pull out of negotiations.

Israel learned from its failed public campaign against President Barack Obama that trying to divide Americans had little effect when the administration in charge actively supports striking a deal. Indeed, Israeli Prime Minister Bibi Netanyahu’s aggressiveness on that front—like his unprecedented bypassing of the White House to address U.S. Congress directly himself—helped push traditionally bipartisan support for Israel onto a more partisan footing, a problematic long-term strategy for a country that relies heavily on U.S. support no matter who holds the White House. Facing a Biden administration keen on seeing the deal come back, Israel is now putting the pressure on the Iranians. This is a gamble, but speaks to the country’s increasing worry on the nuclear deal front… to say nothing of Netanyahu’s political desperation as Israeli elections again failed to deliver him a decisive victory and as the corruption trial against him continues to unfold.

Israel is hoping that the Natanz attack will undermine the appetite among Iran’s decisionmakers to reenter a deal whose precariousness was made clear by Trump’s withdrawal from the 2015 version, and which would surely be in the crosshairs again should a Trump-aligned GOP figure win in 2024. The attack also serves as a harsh reminder that striking a deal with the U.S. does not mean neutralizing the threat from Israel. At least, the Natanz attack makes it more difficult for the Iranians to build a bomb.

Even before last week’s pyrotechnics, renegotiating the nuclear deal was going to be challenging given how much ill-will had been built up over the last few years. But it was something leaders both in Washington and Tehran wanted to get done. For Iran, the goal is to breathe life into Iran’s struggling economy by lifting sanctions; for the Biden administration, it’s to make good on campaign promises, repair frayed relations with other allies who remained signatories to the JCPOA deal, and to stabilize the region so the U.S. can focus its energies more on Asia and the rising threat of China.

On balance we were heading for a deal sometime this year, probably in the latter half; the Natanz attack complicates but doesn’t really change that trajectory. The U.S. has quietly telegraphed their displeasure to the Israelis; we will see if that was accompanied by enough carrots—or sticks—to keep the Israelis from acting out again.

Iran has already succeeded in increasing its enriched uranium from 20% to 60% (you need 90% to be able to build a nuclear weapon) as it threatened earlier to save face in the wake of the bombing, but even this isn’t catastrophic for the prospects of re-entering a nuclear deal by the end of this year—they did so in the open and in limited quantities, trying to signal to the U.S. and other observers that this move is more symbolic than anything else (and is also reversible). The Iranian regime will lash out in other ways as well, though these will be measured acts given Tehran’s ultimate aim of lifting sanctions. Expect more cyberattacks, as well as more attacks through Iranian proxies in the Middle East like the one against an Israeli cargo ship near the UAE a few days ago. But also expect negotiations to continue.

By the end of 2021, we’ll likely see Iran return to the broad contours of the JCPOA requirements as they were originally negotiated back in 2015 and some form of sanctions relief to allow Iran to export as much oil as it can handle and unfreeze billions of dollars in assets abroad to relieve some pressure on the Iranian economy, though the full extent of that sanctions relief will depend on the negotiations. That doesn’t mean the U.S.-Iran relationship will be fixed, or even much improved; there is very little trust on both sides, which means any wary steps taken will be done sequentially and/or simultaneously to verify the other side is sticking to its promises. What the deal does do though is minimize the chance of a nuclear crisis or accidental escalation for at least the next few years of Biden’s first term.

Of course, plenty depends on how committed Israel is on playing spoiler. Which leads to…

One Thing to Say About it on a Zoom Call:

When Obama was negotiating the first iteration of the nuclear deal with Iran, Israel held off on targeted killings of Iranian nuclear scientists for fear of actively undermining a major U.S. foreign policy objective. As this week has shown, Israel doesn’t have the same reluctance today… which means it’s possible we’ll have even more drama in the run-up to any deal signing.

Another Thing to Say About It on a Zoom Call:

That Iran’s upcoming June presidential election (and the very probable victory of a conservative or hardliner to replace the outgoing moderate Hassan Rouhani) makes any difference to whether Iran reenters the deal. Given the importance of the issue and potential domestic blowback, the only Iranian leader who matters here is the Supreme Leader Ali Khamenei.

If Khamenei thinks he can return to the nuclear deal before elections without weakening his preferred candidate, we will see more compromise from Iran; alternatively, if the worry is that striking a deal will make a hardliner’s election prospects more difficult, expect more foot-dragging from Tehran. After last week’s events, the latter is more likely… but it doesn’t change the fact that Iran still needs the deal. 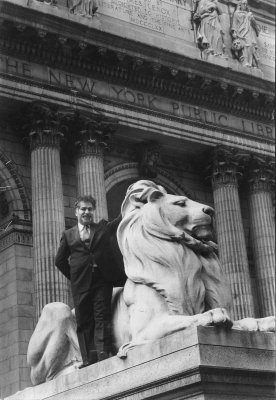