Afghan Interpreters Risked Their Lives to Help the U.S. We Must Not Abandon Them

Interpreters, from left, Afiqullah, Irshadullah and Said Hussein, all working for the U.S. army, meet in Jalalabad, Afghanistan, on Oct. 20, 2012. They applied for a U.S. visa through the Afghan SIV program.
Mikhail Galustov—The Washington Post/Getty Images
Ideas
By Kim Staffieri and Matt Zeller
Staffieri is the co-founder of The Association of Wartime Allies, an organization dedicated to assisting SIV applicants. Currently her organization offers real-time assistance to more than 9,500 members. Zeller is a U.S. Army veteran. He is also Co-Founder of No One Left Behind, a Truman National Security Project Fellow, and an Adjunct Fellow at the American Security Project. He is the author of Watches Without Time (Just World Books, 2012), which chronicles his experience serving as an embedded combat adviser with the Afghan security forces in Ghazni, Afghanistan, in 2008.

When America sent its sons and daughters off to fight in Afghanistan and Iraq, it enlisted a second Army in the fight against global terrorism—local allies, to help build bases, support our forces, and perhaps most vitally, interpret. These interpreters served as our cultural and linguistic bridge to the society around us. We could not have performed our jobs without them, and many of us are only alive today because these friends and allies helped us when called upon.

As the U.S. prepares to exit Afghanistan in September 2021, the government must honor the promise it made to these heroes. They created the Special Immigrant Visa program in 2008 and 2009 to ensure America offered immigration and citizenship to those Afghans and Iraqis who worked as interpreters, or who were employed by, or on behalf of, the U.S. in their respective countries.

If these indispensable workers gave the U.S. at least two years of honorable service, if an American soldier or official could vouch for them, and if they could pass the most arduous background check in U.S. immigration law, then the government would grant them and their immediate family members (their spouses and children) visas to immigrate to America.

Tens of thousands of Afghans and Iraqis accepted these terms and fulfilled their end of the bargain. And to date, the U.S. has granted more than 89,000 individuals Special Immigrant Visas.

Even so, more than 18,000 applicants in Afghanistan alone are awaiting decisions on their applications, with an average family size of four. Most of them have been waiting for at least four years, despite Congress directing the government to process their visa applications in nine months or less.

These bureaucratic delays mean the U.S. has so far failed to honor its end of the SIV deal.

For years, we’ve worked on the case of an interpreter, who for safety reasons we’ll call Sayed. Sayed worked for almost a decade with U.S. military forces in Afghanistan and has been waiting over six years for his visa. Three years ago, the U.S. confirmed that Sayed met all qualifications for the visa. In November 2020, the U.S. returned his case for secondary review to, once again, affirm his qualifications. Four American service members who served with Sayed as his direct supervisors have written letters to support his case. To date none of them have been contacted to reaffirm his service, despite their repeated attempts to show support for Sayed.

Another interpreter we’ve worked with, whom we’ll call Abdul, has seen almost a dozen coworkers kidnapped, attacked, and killed by insurgent forces over their roles. Abdul himself was injured in a blast. Taliban insurgents once showed up knocking at the door of his home. He fulfilled his employment obligation more than two years ago, yet like Sayed, the U.S. also returned his case for a secondary review. The U.S. then denied his visa because his American supervisor could not, once again, verify his recommendation letter. His supervisor is not available due to the fact that he’s currently held captive by the Taliban.

Anyone who worked with the U.S. Army in Iraq and Afghanistan has likely effectively excommunicated themselves from the society around them. Their peers may view them as American spies, traitors, and even apostates.

Our enemies are hunting them down and murdering them and their families—as examples of what happens to America’s friends. With U.S. departure now set, the government must create a safe exit for our allies and to process their applications immediately and efficiently.

To do that, the Biden administration and Congress must remove the SIV program’s cap on visas and its sunset provision, resume processing applications from Iraqi applicants, and hammer out evacuation methods for bringing the Afghan applicants to a safe place while they wait for their visas to be issued.

If and when Afghanistan collapses, rapid air evacuations will be necessary. History provides a model for how the U.S. should move forward. In 1975 and 1996 the U.S. evacuated its Vietnamese and Kurdish allies, respectively, to Guam. They lived in safety while their permanent visa applications were processed. We should do the same now for our allies in Afghanistan, while there is still time.

Our Afghan wartime allies live in fear that each day might be the day that the Taliban and their hit teams catch up with them and their families. They worry that the U.S. government will fail them—and thus far, for too many, we have.

In the early days of the SIV program, the government processed and issued visas in less than nine months. This mission is not impossible, we have done it before, we can do it again. We can save these people. All we have to do is have the courage and conviction to do the right thing. 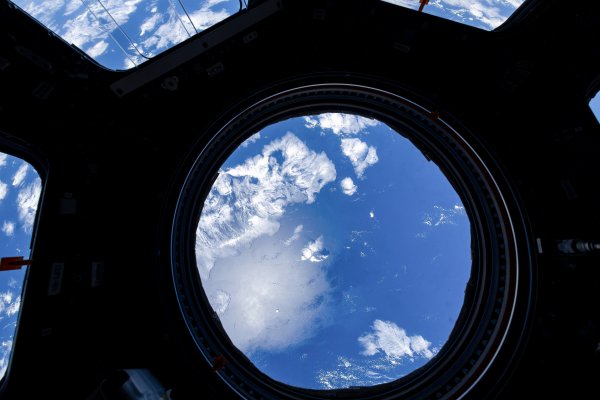