A Radical Idea to Address the Deficit: Enforce Tax Laws

A U.S. Department of the Treasury Internal Revenue Service (IRS) 1040 Individual Income Tax form for the 2019 tax year is arranged for a photograph in Tiskilwa, Illinois, U.S., on Friday, March 20, 2020. Tax forms and payments wont be due to the Internal Revenue Service until July 15 this year, Treasury Secretary Steven Mnuchin said in a tweet, as the government looks for ways to respond to the coronavirus.
Daniel Acker/Bloomberg via Getty Images
Ideas
By Angus King
Senator Angus King is the junior senator from Maine

As I write this, the national debt sits above $28 trillion, and rises rapidly by the minute; each passing day increases the burden we leave for our children and grandchildren. It’s clear that action is needed, but bipartisan consensus has been hard to find. When politicians discuss the national debt, the conversation usually centers on raising taxes or cutting spending. Sounds easy, but deciding which taxes and what spending is the hard part, and while we’re debating, the debt keeps going up.

As a rare independent in Congress, I’m always trying to look for creative ways to bridge the partisan divide. That’s how I’ve discovered a truly novel idea to address this challenge: let’s enforce the laws that are already on the books!

It shouldn’t be controversial to say that every American should pay their taxes—but in recent years, Congress has not given the nation’s tax collector the tools it needs to enforce the law. Since 2010, Congress has reduced the Internal Revenue Service’s budget by roughly 20%, impeding the service’s ability to make sure every American pays what they owe.

These deep cuts have left the IRS understaffed and unable to fulfill its mission. In 2010, 1.1% of all returns were audited; in 2019, that number fell to 0.45%. And those cuts have had left the IRS underprepared to scrutinize high-income earners who are more likely to pursue protracted legal battles with the aid of high-priced lawyers. In order to adapt to its limited resources, the IRS shifted its audit priorities—squeezing a few extra hundred dollars here and there from low-income Americans rather than potentially millions from those in higher income brackets.

Investing to support this enforcement will not only pay for itself, but will make a serious dent in the deficit. According to a rigorous analysis from Harvard and Penn economists, a $100 billion investment in staffing and resources over the next 10 years would reap well over a trillion dollars in tax revenues from high earners or businesses who have been eluding payment; that’s literally putting in a dime and getting a dollar back.

I’ve seen the disparity in enforcement play out in my home state. Data collected by ProPublica highlighted that Maine’s Piscataquis and Washington Counties have a higher audit rate than the national average. The problem? These counties each have a median household income of roughly $40,000—tens of thousands of dollars below the nation’s median household income. These time-consuming, often confusing audits create challenges for low-income Americans who can’t afford to hire someone to help them navigate the process, and yield relatively little benefit in reclaimed tax revenues.

It simply doesn’t make sense. Imagine, for a moment, that you lend money to two friends—$10 to one, $10,000 to the other. When the day comes to collect, which friend will you focus your time and effort pursuing for repayment? If you answer the friends who owes $10,000, you’d be like most people. If you answer the friend you lent $10, you’d be like the U.S. government.

While low-income Americans have been increasingly targeted, the under-resourcing of the IRS has emboldened tax avoidance by some of our nation’s wealthiest citizens. A recent study estimates that the nation’s richest 1% fail to report more than 20% of their income to the government, triple the rate found in the nation’s lowest 50% of earners.

The problem is clear, but fortunately, so is the solution: we need to increase the IRS’s funding so it has the resources and staff needed to take down tax cheats. By restoring the IRS to its 2010 funding levels—or potentially providing additional funds beyond that—we will give the IRS the tools it needs to fulfill its mission and ensure that no one, no matter how wealthy, can out-muscle or out-lawyer the rest of us to avoid their tax liabilities.

The IRS may not be the most popular government entity, but its work is essential to both America’s current services and long-term fiscal health. When a few people cheat on their taxes, it means one of two things: either the rest of us have to make up the difference, or we add to the debt we’re leaving to our kids.

This isn’t complicated; if we give the IRS the resources it needs to enforce the law, the deficit shrinks and the system works more fairly for everyone. This won’t solve the problem entirely, but it would sure help us to stop the hole from getting deeper. 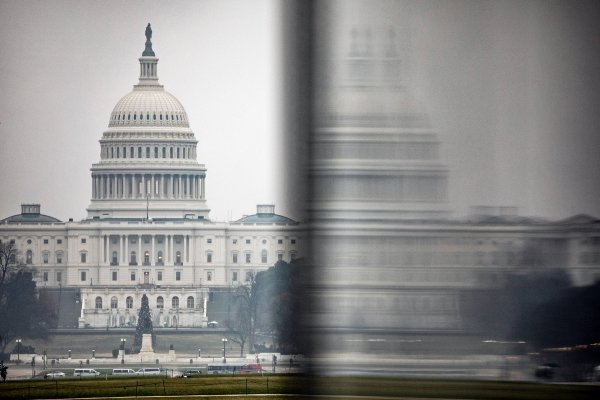 How to Reunite a Divided America
Next Up: Editor's Pick