Blue States Are Failing Their Students by Not Reopening Schools. Here's How They Got It So Wrong

Kristina Leng, 9, marches to the Civic Center with her mother Monika Leng, and father Rodney Leng during the Families Rally to Demand Schools Fully Reopen event in San Francisco, on March 13, 2021.
Yalonda M. James—The San Francisco Chronicle/Getty Images
Ideas
By Paymon Rouhanifard
Rouhanifard is a member of the Massachusetts Board of Elementary and Secondary Education. He is the CEO of Propel America and the former superintendent of schools in Camden, N.J.

More than a year into the pandemic, the majority of K-12 students in blue states are still not attending school in person full-time. The failure to resume the normal rhythm of schooling in historically progressive states amounts to the most significant failure of public policy in a generation.

What began as needed and understandable caution with the onset of COVID-19 has long since veered into the irresponsible. Democratic governors, leaders of the largest teachers’ unions and many local Democratic elected officials — a cadre that regales in the blood sport of attacking Trumpism for being anti-science — have consistently disregarded the overwhelming scientific evidence that opening full-time is doable and safe for most schools. For many left-leaning and moderate voters, such as myself — particularly those with school-age children — this has proven to be an unforgivable mistake considering the downside risks associated with closures.

We’ve witnessed lost instructional time, widening education disparities and the deterioration of students’ mental health. Less often discussed in this context is a record surge of gun violence nationwide, with youth violence afflicting cities like Philadelphia and St. Louis. The victims are predominantly young men of color. And while we can’t draw a direct line to closures, it is entirely likely that lost connections to institutions of community life have influenced a rise in violence throughout the country.

There are many reasons we’ve landed here, including a decentralized system of government and decision-making. But our Achilles’ heel has once again been a knee-jerk retrenchment to ideological and political fault lines, allowing public-health and education decisions to be sucked into the all-consuming vortex of partisan politics.

Safely reopening schools became a debate about Trumpism itself when it should have been about meeting in the messy middle to discuss solutions and their related trade-offs. When President Trump came out in favor of opening schools in July with his usual ham-handed, irresponsible rhetoric, the left adopted a simple heuristic: if Trump is for it, then we must be against it. And we never recovered: Even after Trump left office, progressive leaders nationwide continued to engage in tribalism and political combat rather than doing a clear-eyed analysis of their options. Despite an emerging body of scientific evidence, school boards and union leaders largely dug in on their positions, and with few exceptions, seemed to be fighting to win without any objective other than winning itself.

In Brookline and Somerville in Massachusetts, for example, it’s been well-chronicled how the goal posts have continuously moved, vividly illustrating that the forces opposing school reopening are ideological, lacking a solutions-oriented agenda. Plan A turns into Plan B; rinse and repeat. Parents, many of whom identify as liberals, are left befuddled and angry. Some, like those in New Jersey, have taken their frustrations to court. In Fairfax, Va., even after all willing teachers were vaccinated, the school board and union leadership have not yet committed to a fall reopening, at one point suggesting that reopening must be contingent upon all students being vaccinated (of course, no vaccine has been approved for children under 16).

A further significant roadblock to reopen schools can be tied to the public losing sight of the CDC and NIH’s role in the overall ecosystem of policy-making: federal agencies with a critical but narrow set of priorities that must be weighed against many others. Instead, we’ve assumed they speak the gospel. For instance, in late March, the CDC finally reduced the guidance of physical distancing between students from six feet, which essentially made reopening impossible for most schools, to three. Many argue this change came far too late, as evidence mounted for months in support of safely reopening at three feet. In fact, at the time of the CDC’s announcement, over 40% of schools across the country, mostly in red states, had been safely open since the fall.

In a sane and thriving society, sober leadership and informed citizens would use values-based judgment to weigh the recommendations of the CDC against the devastating social, emotional, academic and economic costs of closure. Public policy is about trade-offs, and federal, state and local political leaders have a responsibility to determine an optimal balance of complicated benefits and drawbacks in our decision-making. Instead, it’s become a manifestation of negative partisanship driven by a desire to deny a political win to our opponents. Both sides bask in their righteousness, holding steadfastly to an absolute position, whatever the downstream effect.

Our children — their mental health, their right to an education and their overall well-being — have been merely the cost of doing business. Collateral damage. A problem we’ll get back to later. Those of us who have seen children suffer know this is unacceptable. And countless educators, psychologists and pediatricians understand the mental-health impact to students, particularly lower-income students, will be long-lasting.

It didn’t have to be this way. 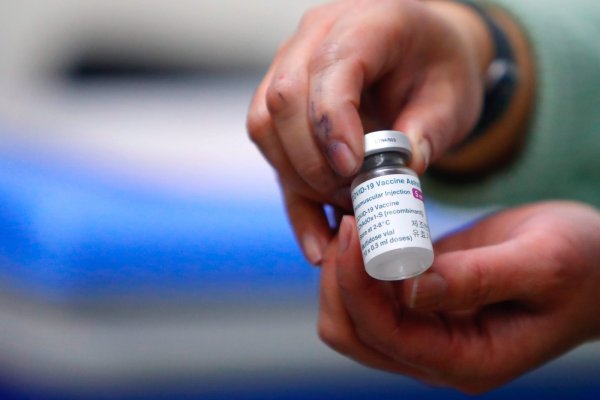