In two papers published in the New England Journal of Medicine (NEJM), researchers in Europe provide the most detailed explanation yet for what is behind the clotting side effects reported among people getting vaccinated with the AstraZeneca COVID-19 shot.

In both papers, researchers found that people getting the vaccine had higher levels of antibodies directed against a cluster of immune-related cells that the body might form in response to the vaccine. These clusters include platelets, which help blood to clot when you get cut or injured, and the antibodies stick to the platelet-complex and form dangerous clots that can block blood flow in veins and arteries. The researchers are referring to the condition as vaccine-induced immune thrombotic thrombocytopenia.

While the AstraZeneca vaccine is not yet authorized in the U.S., about 25 million people around the world have received it, and in March, after dozens of reports of blood clots occurring mainly in younger people who received the shot, and about 18 deaths, many countries temporarily halted vaccination. After reviewing the side effect, the European Medicines Agency (EMA) in April acknowledged the clot risk but concluded that the benefits of vaccination in protecting against COVID-19 outweighed the small risk posed by clotting. The agency recommended, however, that people under age 30 years be provided other vaccines if they were available.

These two NEJM reports will reignite questions about the safety of the vaccine, and potentially lead to new policies or even stricter monitoring of people who receive it. “The important thing is that the link to this peculiar problem of post-vaccination thrombosis which was mysterious—we now have an explanation for it,” says Dr. Theodore Warkentin, professor of pathology and molecular medicine at McMaster University and a co-author of one of the papers.

The AstraZeneca vaccine relies on a modified adenovirus that causes cold-like symptoms in chimpanzees; the chimp virus serves as a vehicle for delivering genes coding for the COVID-19 virus’ spike protein. Whether the clotting side effect, and the platelet-involved mechanism described in the two papers, is related to this vector platform isn’t clear. But it doesn’t bode well for the vector-based technology, which is only approved for use in a rabies vaccine for animals, and not to prevent any diseases in humans (other than COVID-19, of course). “These results cast a shadow on this vaccine and now other vaccines—the Russian vaccine, and Johnson & Johnson—relying on this technology,” says one vaccine expert who did not wish to be identified. “Now all of these will be looked at with higher scrutiny, and they should be.” On April 9, the EMA announced it is currently reviewing Johnson & Johnson-Janssen vaccine after four reports of clots in people vaccinated with the shot were reported, one of which was fatal.

One of the NEJM studies, conducted in Germany and Austria, included 28 people who had been vaccinated with the AstraZeneca shot and developed clots (11 of them in more detail as they provided additional samples). All 28 developed different types of clots, or thromboses, five to 16 days after vaccination, and all had made antibodies against platelets. Six of the 28 died from their clotting complications. In the other study, five health care workers in Norway who were vaccinated with the AstraZeneca vaccine and developed clots seven to 10 days later, also had high levels of platelet-specific antibodies; three died.

Warkentin has studied a similar condition of immune system activation involving platelets known as heparin-induced thrombocytopenia (HIT). That condition is caused when people taking heparin, a blood thinner, for unknown reasons develop an immune reaction against it, producing antibodies against platelet clumps that can lead to clots in blood vessels instead of preventing clots. In the condition, people experience a drop in platelet counts as the platelets begin aggregating. It’s a rare but a well-known side effect of heparin, which doctors give to patients during surgery to prevent clots—but which, in the case of HIT, has the opposite effect. Warkentin and his team reported the first cases of so-called spontaneous HIT, in which the immune system is activated against platelets even if people have not received heparin. That’s very close to what is happening to the people developing clots after getting vaccinated with the AstraZeneca shot, he says, adding that “spontaneous HIT provides the roadmap for understanding this condition.”

Holme, a co-author of the Norwegian study, says that the cases of clotting among vaccinated people is rare, but worrisome. “This devastating adverse event occurs very, very seldomly,” he says. “But for me, it’s tough to see healthy people in their 30s and 40s dying [after receiving] the vaccine when they probably would have been fine with a COVID-19 infection.”

Regulators and public health experts are now faced with deciding how to advise the public about getting vaccinated with the AstraZeneca shot. If the AstraZeneca vaccine were the only one available to treat COVID-19, the risk-benefit calculus would be very different, and the risk posed by clotting might be considered worth it in light of the more widespread risk of complications and death associated with COVID-19. But there are several other vaccines that are safe and effective—from Pfizer-BioNTech, Moderna—and aren’t associated with the same clotting risk, or, in the case of Johnson & Johnson-Janssen, the same level of clotting risk so far, so the risk-benefit considerations shift in favor of relying on one of these alternatives. “As a clinician, if this mechanism is confirmed, and is in fact true, it would give me pause about proceeding with administration of this [AstraZeneca] vaccine until this side effect has been further characterized,” says Dr. Sahil Parikh, associate professor of medicine at Columbia University who specializes in treating circulatory problems including clots.

If the vaccine continues to be used, doctors should start alerting patients about the risk as well, and monitoring people for signs of clotting. Warkentin says that includes symptoms such as blurry vision, headache, weakness in their extremities, shortness of breath, chest pain, or unusual swelling in the arms and legs about five days after getting vaccinated. Doctors can test pretty quickly for the presence of the abnormal antibodies, and then prescribe blood thinning treatments that don’t include heparin. Holme says the two patients in his study were also successfully treated with immune globulin to help reduce the tendency of the immune cells to clump together with the platelets.

In any case, this leaves AstraZeneca and its academic partners from Oxford University with a conundrum. The company has not yet filed for authorization in the U.S., and if it does, would likely face difficult questions about the risk of its vaccine from regulatory reviewers.

It’s a different scenario for the rest of the world, however. The vaccine has been authorized by the World Health Organization and the European Union, and public health leaders were looking to the AstraZeneca vaccine to protect much of the world’s population, since the shot is less expensive and doesn’t require storage under freezer temperatures as the vaccines from Pfizer-BioNTech and Moderna, the currently most widely available shots, do. But if the shot requires additional monitoring and resources to treat potential blood clot complications, that could negate the cost and storage advantages of the vaccine. 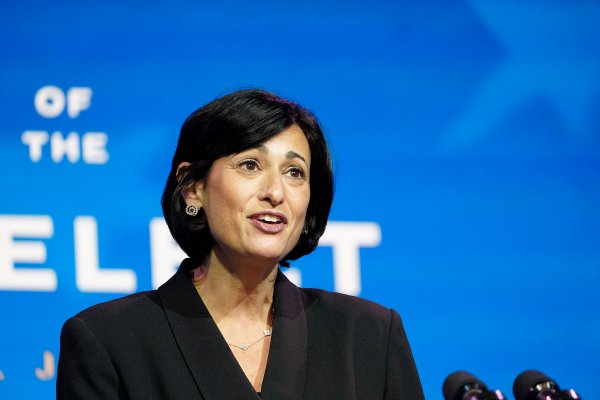