Here's What Will Actually Convince People to Get Vaccinated

One of evolution’s cleverest tricks was giving us a sense of shame. It’s a miserable feeling—low, humbling, publicly discomfiting—but it’s supposed to be: if you do something lousy you ought to feel something lousy, so you don’t do it again.

In theory, when so many of the strategies for beating the COVID-19 pandemic depend on abiding by social distancing and other rules, shaming people who don’t ought to be a powerful way to bring us back in line. But increasingly, experts believe, the opposite is true. “The thinking has been that the more you shame people the more they will obey,” says Giovanni Travaglino, an assistant professor of social psychology at Kent University. “But this turns out to be absolutely wrong.”

Last month, Travaglino and Chanki Moon, an assistant professor of psychology at Leeds Beckett University, published a paper in Frontiers in Psychology that threw the ineffectiveness of shaming into relief. They assembled nearly 1,900 people from the U.S., Italy and South Korea—choosing those countries on the basis of their differing sense of the collective culture, with the U.S. judged the most individualistic, South Korea the most group-oriented and Italy in between. The subjects were asked to rate how ashamed or guilty they’d feel if they contracted COVID-19. They were also asked to rate how often they obey guidelines like social distancing and how likely they’d be to tell friends, acquaintances and health authorities if they tested positive. In all three countries, the higher the level of shame and guilt people felt over falling ill, the less likely they were to play it safe and to report their COVID-19 status.

In the U.S. and elsewhere, the antivaccine movement has long been a threat to public health, and many pro-vaccine messages have been designed to shame adherents. A December story in the U.K.’s Metro featured the headline “People think anti-vaxxers are ‘stupid and selfish.'” Attention-grabbing, maybe, but counterproductive. “It’s hard to get people to act in a cooperative manner when you approach them that way,” says Travaglino. “It’s associated with subordination to authority, and people don’t like that.”

Of U.S. adults who had recently been vaccinated, only 32% said they were influenced by a local official reaching out directly via email, phone or mail. Much more effective, it seems, are appeals to people’s individual needs and desires. Some 52% of those polled said they got the vaccine because they wanted to travel, for example. The people around us also play a major role, with 56% of respondents saying they got vaccinated after a friend or family member did, and 59% saying they were influenced merely by having a conversation with such a closely connected person. And despite our ostensible mistrust in the media, 63% said they were influenced by news reports about people who had already been vaccinated.

Indeed, past research shows value in appealing to us through personal stories. In a 2015 study published in the PNAS, volunteers took a survey on their attitudes about vaccines and were then divided into three groups, each given one of three things to read: material showing that autism and vaccines are not related; a paragraph of a mother describing her child’s bout with measles; and material on an unrelated science topic. When the subjects took the vaccine survey again, all were more pro-vaccine than before, but the ones who read the mother’s account were dramatically more so, with an increase five times as great as that of the group that had read the material on autism and six times that of the control group.

Personal accounts can have a negative impact too. A new study published in PLOS ONE, by researchers from the University of Illinois and the Annenberg Public Policy Center, found that subjects who saw a video clip of Dr. Anthony Fauci talking about the safety and effectiveness of the measles vaccine came away from it more favorably disposed to vaccination overall. But the positive effect was diminished when they saw another video clip first, of a mother describing the severe rash one of her children developed after receiving the vaccine. The solution, the paper concluded, is not for the media to censor such accounts but to precede them with real-world data on the minimal risks and the considerable benefits of vaccines.

What doesn’t work, clearly, is pointing fingers and casting blame and shame. It’s the virus that’s the enemy, after all, not the people it infects. 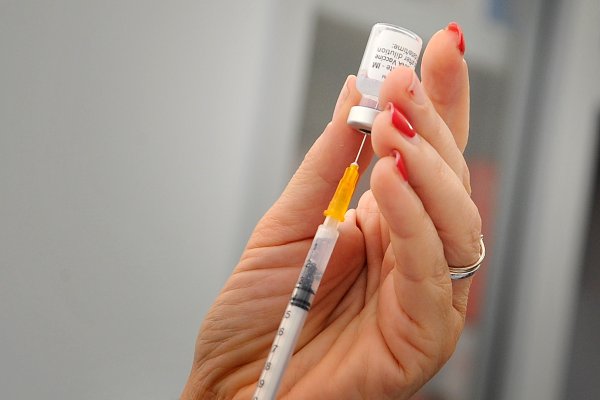 If I’ve Had COVID-19, Do I Still Need Two Doses of Vaccine?
Next Up: Editor's Pick