The Global Gender Gap Will Take an Extra 36 Years to Close After the COVID-19 Pandemic, Report Finds

The time it will take for the gender gap to close grew by 36 years in the space of just 12 months, according to the World Economic Forum’s 2021 Global Gender Gap Report. The report estimates that it will take an average of 135.6 years for women and men to reach parity on a range of factors worldwide, instead of the 99.5 years outlined in the 2020 report. 36 years marks the largest gain in one year since the report started in 2006.

Examining data from 156 countries, the report has used the same methodology for the past 15 years and looks at four indicators: economic opportunity, political power, education and health. Countries are ranked according to the Global Gender Gap Index, which measures scores across these indicators on a 0 to 100 scale, and these scores are interpreted as distance to gender parity, or the percentage of the gender gap that has been closed in a country.

Although the report notes some progress in education and health, there are several sobering statistics relating to higher economic hurdles, declining political participation, and workplace challenges, exacerbated by the COVID-19 pandemic. With women holding only 26.1% of parliamentary seats and 22.6% of ministerial positions worldwide, the political gender gap is expected to take more than 145 years to close if it remains on its current trajectory, compared to 95 years in the 2020 edition of the report. The economic gender gap is not expected to close until the year 2288, with only a marginal improvement since last year.

Read more: Women and the Pandemic: A Special Report

The impact of the pandemic on women is still likely to be underestimated and isn’t fully seen in the data available so far, says Saadia Zahidi, managing director of the World Economic Forum. But the visible losses in terms of political empowerment and economic participation are concerning, she says, and highlight the need for governments and businesses to rebuild with gender equality in mind. “There can be perhaps a tendency to think of gender equality as an afterthought, to think about the challenges associated with gender equality and the permanent scarring that may occur in our labor markets as something that we deal with later,” Zahidi tells TIME. “Our point of view here is that we must do the exact opposite. This is actually the moment to embed consciously and proactively gender equality into the recovery.”

Zahidi points to multiple ways in which the pandemic has had a disproportionate economic impact on women. The consumer, retail and hospitality sectors which have sustained many closures are large employers of women. The closure of schools due to lockdowns has contributed to a retrenchment to older behaviors in terms of care responsibilities in many economies, she says “Women, including white collar women who are working from home, are now under a sort of double shift scenario, where they are primarily responsible for care responsibilities in the home, while at the same time obviously working under increased stress in the workplace,” she says.

Increased automation under COVID-19 has also impacted women’s economic participation. WEF’s The Future of Jobs Report 2020 noted that 84% of employers are accelerating their digitalization agenda, and 50% of employers intend to accelerate the automation of jobs. Research suggests low and middle income women are disproportionately represented in the jobs likely to be affected. “The future of work has actually already arrived, and because of that, there has been a greater disruption to roles that have tended to employ a majority of women,” says Zahidi.

Read more: Women Have Lost a Disproportionate Number of Jobs Due to COVID-19. Here’s How We Can Start to Fix a Broken System

The new report included data for three countries for the first time this year: Afghanistan, which ranks 156th; Guyana, which ranks 53rd; and Niger, which ranks 138th. The U.S. rose up the rankings 23 places this year to 30th place, largely due to an increase in women’s political empowerment, marked by an increase in women in Congress and a significant increase of women in ministerial positions as of January 2021, with the latter jumping from 21% to 46%. While Western Europe was the best performing region, the Middle East and North Africa region continues to have the largest gender gap, due in large part to the wide economic gender gap with just 31% of women taking part in the labor force.

Nordic countries led the way again as Iceland, Finland, Norway, New Zealand and Sweden topped the list as the most gender-equal countries in the world. Iceland took the top spot for the 12th time since the report first started 15 years ago, with 10.8% of its gender gap yet to close. Zahidi says the Nordic countries are a model in how to create longer term resilience by ensuring there is care infrastructure to support working families, as well as support for workers who have been laid off and for businesses to help stay afloat. “All of that pays off in terms of gender equality,” she says.

And as for ways to rebuild, Zahidi points to measures including greater investment from governments in the care economy, and businesses embedding gender parity and diversity into hiring and planning practices, especially when it comes to the roles of the future. “As we’ve seen before in previous crises, crisis can be a moment of great change. And they can be a moment where we head towards designing, hopefully, a better economy and society.” 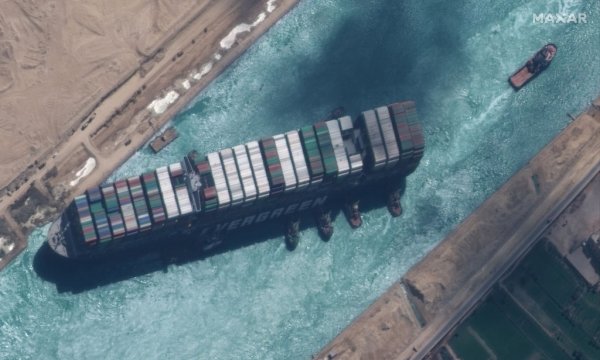