All Over the U.S., People Have Gained Weight During the COVID-19 Pandemic

If you’re like most Americans, the past year has been a time of fear, anxiety and often profound tedium—but also of worsening dietary habits. Take 328 million people and confine them to their homes for weeks and months on end and they’re going to start eating more and exercising less. That means, no surprise, weight gain. A study published March 22 in JAMA took a crack at determining just how many pounds the average American packed on in between February and June 2020, and came up with about 7.08 lb. (3.24 kg).

Even before the pandemic began, the researchers, all from the University of California, San Francisco, were involved in a program known as the Heart eHealth Study, in which 250,000 volunteers share their blood pressure, electrocardiograms, weight and more by entering them into a phone app or connecting the phone to Bluetooth-enabled devices if they own them. There is no set frequency with which the volunteers are expected to participate, but the more often they log on and contribute their readings, the more data the researchers can collect. The goal is to learn more about the lifestyles and patterns of underlying health that lead to heart disease and how it might be possible to reverse them before trouble starts. When, in mid-March and early-April of last year, 45 states issued shelter-in-place orders, it got the research team wondering about what the sudden shift to a more sedentary lifestyle would do to eating habits and body mass.

To determine this, the team selected a broadly representative sample group from their existing pool of heart health subjects: 269 people from 37 states, with a median age of 51.9 years, and close to evenly divided between men and women. Over the course of four months, from Feb. 1, 2020—before pandemic-related social restrictions began—to June 1, 2020, the investigators collected a total of 7,444 weight readings from their sample pool. Over that time, the subjects gained an average of 0.59 lb. (0.27 kg) every 10 days.

That was unsurprising, to an extent, given the fact that so many Americans were forced to adapt to a much less active lifestyle. But it was especially troubling because so many of the subjects included in this study had actually been losing weight before the four month period began, says Dr. Gregory Marcus, a cardiologist, UCSF professor of medicine, and a coauthor of the study. “This means that their healthy behavior was not just interrupted, it was actually reversed.”

Equally worrisome, the 250,000 people from whom the 269 were selected were by no means precisely representative of the entire population. The mere fact that they enrolled in the Heart eHealth Study and that some own the bluetooth-enabled scales, ECGs and blood pressure cuffs that help them participate means that they are surely more health-conscious than much of the rest of the population. Merely to have their data included in the new weight study, they had to step on the scale a minimum of twice in the four-month study period, something that many other people may not do for months at a time.

“It might be that the general population has actually experienced more weight gain than our sample group has,” says Marcus. “It might be that this is just the tip of the iceberg.” As data from the Heart eHealth program continue to pour in, Marcus and his colleagues are keeping an eye on the 269 subjects and maintaining a record of their readings. They have not decided whether they will publish a follow-up study on their weight-gain or loss, but, says, Marcus, “It will be interesting to see what happens after all of the shelter in place orders are lifted.” 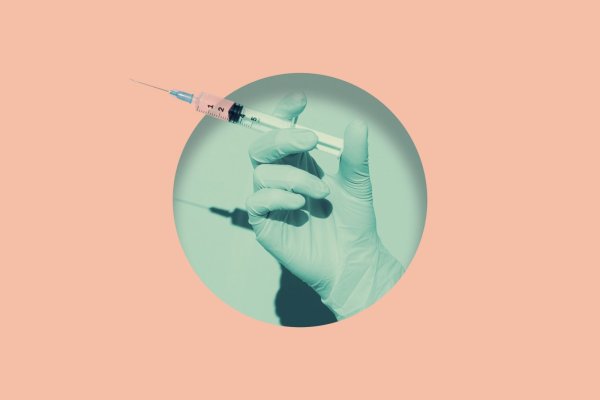 How Social Lives Are Changing During the U.S. Vaccine Rollout
Next Up: Editor's Pick