Star Wars: Episode VII is set to include scenes on Luke Skywalker’s home planet of Tatooine, The Hollywood Reporter reports — but Disney is unlikely to return to the Earth-bound set where scenes on that planet were first shot for 1977’s Star Wars: A New Hope. Much of the original Star Wars’ Tatooine footage was filmed in the North African country of Tunisia, while Disney now reportedly has its sites set on locations in Abu Dhabi or possibly Morocco.

Disney, which acquired the Star Wars franchise as part of a $4.05 billion deal with Lucasarts, is staying mum on where Episode VII will be filmed; a Disney spokesperson did not return TIME’s request for comment for this story. However, Disney’s apparent choice to skip Tunisia is especially interesting when you consider that several of the original 1970s Tatooine sets are still standing in the Tunisian desert.

That’s right — you can visit Tatooine just by hopping on a plane to Tunis, as many a fellow Star Wars fan has done. But Tatooine is vulnerable, and this time it’s not the Imperial Navy that’s threatening the double-sunned desert planet. Researchers who track the movement of sand dunes in the Tunisian desert (sounds like a fun gig) have been warning for years that the Star Wars site is in danger of being overtaken by the desert.

Star Wars fans afraid the sets will be lost forever have crafted a publicity campaign called “Save Mos Espa,” so named for a spaceport city in the Star Wars universe. The Tunisian government itself recently got involved, with its tourism ministry setting up an Indiegogo crowdfunding campaign to raise $45,000 that will go to protecting the site for another decade or so before more preservation efforts will be required.

The crowdfunding campaign has raised $3,600 with 57 days to go. But Disney could be the real hero of this story — $45,000 is chump change for the company, just .001% of the $4 billion it paid for Lucasfilm and the Star Wars franchise. Why not shoot in Tunisia, where the old set might be perfectly aged for the new film, set some 30 years after the events of Star Wars: Return of the Jedi? Security could certainly be a concern — but if that’s the case, Disney could still write a quick check, becoming the Guardians of the Galaxy Far, Far Away. 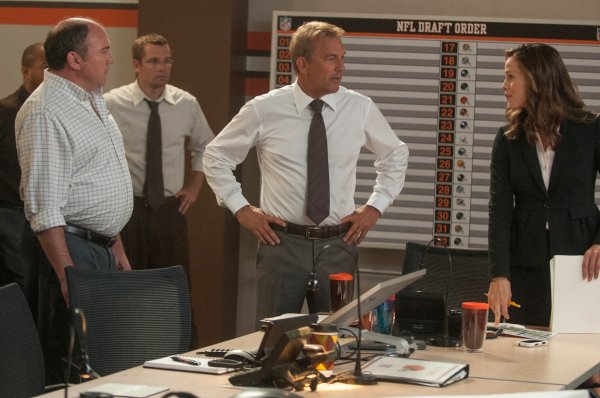 How the NFL Helped Make Draft Day a Super Accurate Sports Movie
Next Up: Editor's Pick