Black Families Are Outraged About Family Separation Within the U.S. It's Time to Listen to Them

Residents and members of Mott Haven Families protest outside the precinct in the Bronx, New York, on Oct. 4, 2020.
Steve Sanchez—Pacific Press/Sipa USA
Ideas
By Chris Gottlieb
Gottlieb is co-director of the NYU School of Law Family Defense Clinic

Outraged calls for racial justice have come to a new battleground: child welfare. In the reckoning on racism triggered by George Floyd’s killing, decades of complaints from Black families hurt by the child welfare system are bubbling over into public protest. Though small compared to demonstrations against police abuses, these demands for justice are growing, in the streets, the press and social media. Around the country, communities that are targeted by child protective services are saying enough. The harms of the child welfare system are unconscionably and disproportionately imposed on families of color, particularly Black families, and these family separation practices have demonstrably bad outcomes for the children.

In December, parent activists in New York City began going out after dark to plaster up hundreds of posters that call out child protective services with slogans like “From the plantation to the present, breaking up Black families has always meant profit.” On MLK Day, protesters gathered in Harlem to chant “Black Families Matter” and to cheer the installation of a giant billboard that read “Some cops are called caseworkers.”

This fall, the inaugural convening of upEND, a coordinated, national movement to abolish the child welfare system, drew over 5,000 viewers. A conference is being held later this month at Columbia Law School to discuss defunding and abolishing the system as we know it. In a vivid example of reclaiming by renaming, a leading scholar has convinced many that it is time to call the “child welfare system” what it is: a “family regulation system.”

In Michigan, activists protested after the death of 16-year-old foster child Cornelius Fredericks who died as a result of being restrained by staff at a residential facility after he threw food in the cafeteria. Fredericks’ last words were “I can’t breathe.” That ungodly phrase is a clue to the deep connection between the criminal and child welfare systems. They are linked not only because foster care has become a pipeline to prison, but also because the history of separating children of color from their parents is intimately linked to American racial oppression.

In December, parent activists in New York City began going out after dark to plaster up hundreds of posters that call out child protective services.
Courtesy Chris Gottlieb

Separation of families of color at the border by the Trump Administration was far from the first time that our government has used the taking of children as a terrifying act of persecution. Our current foster care system is an extension of a deeply ingrained history of separating children from their parents based on claims that it would further the children’s “best interests.” Such claims rationalized separating Black families during slavery and Reconstruction and immigrant families at the end of the 19th century, when an estimated 200,000 children, primarily from immigrant Catholic families were put on so-called “orphan trains” often by Protestant “child savers.” Many of these falsely labeled “orphans”—most of their parents were living—ended up as indentured servants in the Midwest.

Prejudice also motivated the separation of an extraordinary number of Indigenous American families. Beginning in 1860, tens of thousands of children were forced to leave their communities to be “civilized” at residential facitities. Later, between 25% and 35% of Indigenous American children were taken from their parents and put up for foster care or adoption by white families.

Today, more than 200,000 children of color are in government custody in our foster system, and the current protesters are largely low-income Black and brown parents who explain that fearmongering about child abuse has empowered child protective authorities to unfairly target their communities and invade their homes with virtual impunity. A shocking 53% of Black children’s homes are investigated by child welfare officials. That knock at the door is not benign social work. Caseworkers routinely demand entry into homes in the middle of the night without warrants. The interrogations are frightening; the strip searches degrading. Far too often, they end with the trauma of children pulled from their parents’ arms.

The parents whose children are seized are not the monsters they’ve been painted—with the help of racist imagery—to be. The overwhelming majority of child removals do not even allege abuse. Most charges are related to poverty, and all involve subjective determinations by government officials about what counts as acceptable parenting. Parent activists are explaining that just as the prison industrial complex has a vested interest in scare tactics around public safety, the multibillion-dollar, child-welfare industrial complex doubles down on the idea that it is “saving” children.

Implicit bias could not find more fertile soil. Identical events—whether childhood accidents or drug use by a parent—lead to dramatically different consequences depending on the race of the family. A “color blind” program, in which officials had to make decisions about whether to remove a child from an allegedly unsafe home without knowing the race of the families, led the percentage of children removed who were Black to drop from 56% to 29%.

In the 1970s, when the federal government abandoned the War on Poverty, we shifted from providing direct support to poor families to demonizing poor parents and providing federal funding incentives to states to put children in foster care. Instead of adopting the universal social supports provided in some other countries, we fund a child welfare system that labels homelessness, lack of childcare and untreated drug addiction as failings of individual parents rather than predictable, treatable ills of poverty. As a result, the number of poor children in foster care skyrocketed, decimating generations of families, disproportionately in Black communities. Then, along with cutting welfare benefits and passing the notorious crime bill that exacerbated mass incarceration, Congress began flooding funding that could have been used to reunify families into incentivizing adoption instead. Astonishingly, today, we spend more than $2.6 billion each year subsidizing 469,000 adoptions when many of those adopted children still have loving mothers and fathers eager to raise them.

In the 1980s, Willie Horton’s name stoked calls for repressive criminal laws. In the 1990s, talk of “welfare queens” buttressed cuts in welfare benefits and led to rules making it tougher for mothers living in poverty to receive public assistance. And in that same decade, inflammatory media coverage of irredeemable “crack babies”—an account that has since been soundly debunked—encouraged Congress to enact legislation that now incentivizes the permanent severing of family ties tens of thousands of times each year. The family regulation system hurts many low-income white families as well, as other oppressive systems do. But to fully untangle the harmful practices of these systems, we must unpack their racist roots. As one advocate put it, child welfare needs its “stop-and frisk-moment.”

Malcolm X described his own placement in foster care as “modern slavery.” Such a comparison risks equating incomparable harms. Yet time and again, Black parents today describe their experience with child protective investigators the way Malcolm X described the workers who came to his home: they treated his family with “no feelings, understanding, compassion, or respect.” They looked at his family, he said, “in a way that had about it the feeling . . . that we were not people.”

These parent protesters are offering a central lesson on contemporary racial injustice—one rooted in lessons of Black history, which is to say in American history. It is time to listen. 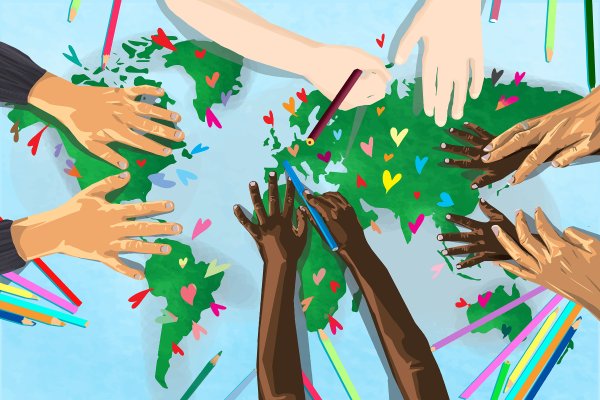