How the U.S. Could Sleepwalk into a War with China

In this July 6, 2020, photo provided by the U.S. Navy, the USS Ronald Reagan (CVN 76, front) and USS Nimitz (CVN 68, rear) Carrier Strike Groups sail together in formation, in the South China Sea
Mass Communication Specialist 3rd Class Jason Tarleton—U.S. Navy/AP
Ideas
By James Stavridis and Elliot Ackerman
Admiral Stavridis (Ret.), a TIME Contributing Editor, was the 16th Supreme Allied Commander at NATO and is an Operating Executive at The Carlyle Group. His new book is 2034: A Novel of the Next World War. His previous nonfiction book was Sailing True North: Ten Admirals and the Voyage of Character
Ackerman is the author of the novel Red Dress in Black and White and the memoir Places and Names: On War, Revolution, and Returning, as well as three other novels. He served five tours of duty in Iraq and Afghanistan, received the Silver Star, the Bronze Star for Valor, and the Purple Heart.

China and the United States today are on a collision course. No less an authority than Henry Kissinger said just over a year ago that the U.S. and China are in the “foot hills of a Cold War.” Our assessment is that both nations are rapidly ascending the slope of that metaphorical mountain, and will likely find themselves in a full-blown, Cold War-like status in the near future. By 2034, the year in which we set our new novel, could this lead the two nations to a hot war? Even a nuclear exchange? Unfortunately, the answer is yes.

The two nations are significantly at odds over the status of the South China Sea, which China claims as territorial waters, potentially giving them control over rich oil and gas deposits and dominance over the 40% of the world’s trade that passes through these strategic seas. The U.S., and most of the rest of the world, believes these waters to be high seas, free for any nation to sail. China is expanding its Navy rapidly (they already have more warships than the U.S.) and building artificial islands throughout the South China Sea to operate as strategic military nodes.

China and the U.S. are also in disagreement over a wide variety of trade and tariff rules attendant to an unbalanced trading relationship; significant intellectual property theft accusations by the U.S. against China; offensive cyber activities undertaken by both sides; widespread human rights violations against the Muslim Uighur population within China; and the status of Hong Kong, where the U.S. believes China to be in violation of the treaty which returned the former British colony to a “special status” within China.

There are profound differences over control of the emerging 5G networks and the status of Chinese company Huawei as a provider; retaliation against American companies in China who refuse to toe the line on Chinese policy issues (such as the status of Taiwan and the treatment of Uighurs); the devastating results of COVID-19 in the U.S. originating from a virus that first started to spread in Wuhan; and the freedom of Taiwan to decide whether or not to eventually unify politically with China.

History is replete with examples of the so-called “Thucydides trap” articulated by Harvard political scientist Graham Allison. Whenever a rising power (in this case China) confronts an established power (the U.S.) over the past two thousand years, the outcome very often leads to a global conflict. This occurs despite the fact that in most cases there is no advantage to either side in launching into a war.

Most recently, of course, this occurred in 1914 when the major European powers – who were deeply intertwined both by royal family relationships and economic networks – stumbled into the devastating First World War. More recently, the world dodged a serious bullet in the U.S.-Soviet Cold War, narrowly missing a nuclear exchange that would have destroyed much of the planet.

What feels different now is the size of the growing basket of disagreements coupled with domestic political pressures on both sides of the Pacific. President Xi is seeking to consolidate power and President Biden is governing with a narrow majority. For both, it is easy to point to the other as the aggressor, militarily and economically. Add the pandemic as an additional pressure point and it is clear the relationship is fraught.

And the likely flashpoint is at sea – over the disputed waters of the vast South China Sea. The U.S. is conducting frequent “freedom of navigation” patrols, sailing its warships throughout the disputed waters, often very close to China’s coast. China views this the way most of us would feel if a neighbor started to drive “donut holes” in our lawn. The Chinese Navy and Air Force frequently respond aggressively. The U.S will continue these patrols, and will pressure allies to come and participate – we are deeply and rightfully invested geopolitically in the values of high seas freedom.

And the patrols are conducted on both sides by relatively young military leaders – men and women in their 20s and 30s. We both personally know the mettle, pride, and attitude of these young warriors, and they will not back down. Either side could easily miscalculate, the other side would respond more aggressively, and the ladder of escalation could easily begin. A Chinese jet shot down or an American destroyer hit by a Chinese missile could cause deaths and ramp up feelings of national pride both in Beijing and Washington, especially in the wake of U.S. elections in which both Democrats and Republicans used China as a rhetorical punching bag.

If such an incident occurred, perhaps in the Taiwan Straits adding in the additional factor of extreme Chinese pride and nationalism over their view of Taiwan as a sovereign part of China, it could easily spark a far larger military exchange than the warning shots and close approaches we have seen thus far.

We say in the military, “when you release ordnance and people die, everything changes.” It is like kicking a door open into a very dark room. Outcomes become much harder to predict. Larger strikes from either side could follow, as could a far broader cyberattack, perhaps against critical infrastructure. Carrier strike groups on both sides could deploy head-to-head. With even more significant losses, the temptation to employ a tactical nuclear weapons – perhaps at sea, thinking it could never then escalate to a strategic exchange – might rise.

All of this seems unimaginable. Yet so often our challenges in responding to the greatest threats are not failures of intelligence, but rather failures of imagination. We never imagined Pearl Harbor; or a devastating attack on the U.S. that destroyed the World Trade Towers; or a twenty year war in Afghanistan; or a global pandemic. Collectively we have to imagine the disaster of a possible war between the U.S. and China, so we can reverse engineer and prevent it.

The chances of the U.S. and China stumbling into a war are real and increasing. It will require not only imagination, but the hard work of creating a national strategy that can employ all our considerable tools of state – diplomacy, economics, military deterrence, culture, communications – if we are to avoid sleepwalking into a 21st century war.

Ackerman and Stavridis are co-authors of the new novel, 2034: A Novel of the Next World War 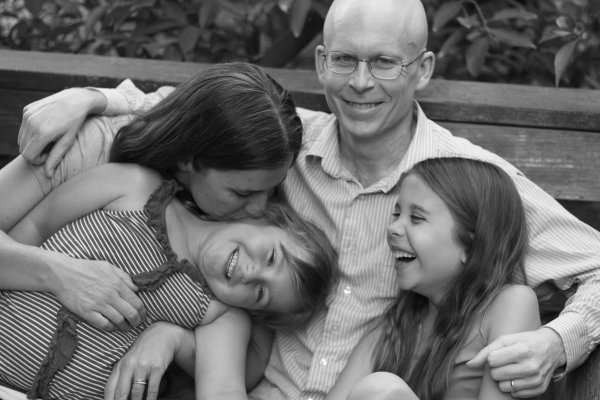 How to Help a Caregiver
Next Up: Editor's Pick