'Tip Of the Iceberg': Interpol Says Fake COVID-19 Vaccines Were Smuggled Across Continents

By the time police discovered the shipment of fake COVID-19 vaccines, the vials had travelled over 6,000 miles from China to South Africa, the work of a smuggling ring that has produced thousands of counterfeit doses, according to Interpol, the global police agency that helped break up the operation.

The trafficking case, involving a shipment of at least 2,400 doses, is the first confirmed instance of fake vaccines being smuggled across continents, an Interpol spokesperson told TIME—though there are likely more that have occurred, and more still that may be uncovered in the future. “This is only the tip of the iceberg when it comes to COVID-19 vaccine related crime,” said Jürgen Stock, the agency’s secretary general, in a statement on March 3.

Interpol first issued a warning about such the potential for such crimes in early December, alerting law enforcement agents in its 194 member countries that criminal networks were trying to “infiltrate and disrupt supply chains” involved in the global rollout of vaccines to fight the COVID-19 pandemic.

These networks are not expected to corrupt vaccination programs that are supplied by reputable companies and administered by national governments, which account for nearly all vaccines available around the world. But small batches of fake vaccines could reach consumers through the Internet or other informal channels, especially in developing countries that have been unable to get sufficient supplies.

The warehouse near Johannesburg, South Africa, where police discovered a shipment of fake COVID-19 vaccines in November 2020.
Courtesy of Interpol

The international smuggling ring that Interpol reported on March 3 began to unravel in November, when police in South Africa discovered a consignment of fake COVID-19 vaccines in a warehouse near Johannesburg. Police officials told local media at the time that the vials were found among a large batch of counterfeit N95 masks, and that two individuals were arrested in connection with the haul: one was a Chinese national, the other a citizen of Zambia.

At around the same time, Chinese state television aired footage of police seizing what they described as fake COVID-19 vaccines in Kushan, a city in eastern China. The authorities then arrested more than 80 members of a suspected criminal group, for allegedly producing and selling fake COVID-19 vaccines that consisted of saline solution, Xinhua news—a state-run press agency—reported on Feb. 1. Wang Wenbin, a spokesman for China’s foreign ministry, told reporters the following day that Chinese authorities had alerted “relevant countries” about the apparent smuggling ring, but did not specify what countries were involved.

It would be another month before Interpol revealed that some of the fake vaccines allegedly manufactured in China had made their way to South Africa, which has struggled to secure enough COVID-19 vaccines to inoculate its most vulnerable citizens. Nearly half of the COVID-19 deaths reported on the African continent have been recorded in South Africa, which only launched its vaccination drive on Feb. 17, far behind most developed nations.

Ampules containing what South African police describe as a shipment of fake COVID-19 vaccines discovered in November at a warehouse near Johannesburg.
Courtesy of Interpol

China, by contrast, has said it delivered 24 million doses of two domestically made (and authorized) vaccines to its citizens as of early February. Despite concerns about the efficacy of the vaccines—one produced by Sinopharm, and one from Sinovac—the Chinese government has also pledged about half a billion doses of these vaccines to 45 countries around the world, according to a tally published by the Associated Press.

In addition to the arrests in China and South Africa, Interpol said in its statement on March 3 that it has received other reports from member countries about “fake vaccine distribution and scam attempts targeting health bodies, such as nursing homes.”

Interpol said it is continuing to work with police forces around the world to combat such scams. But the organization also urged consumers to be vigilant, pointing out in its statement that there are no approved vaccines currently available for sale online, and that any COVID-19 vaccines offered for purchase over the Internet “will not have been tested and may be dangerous.” 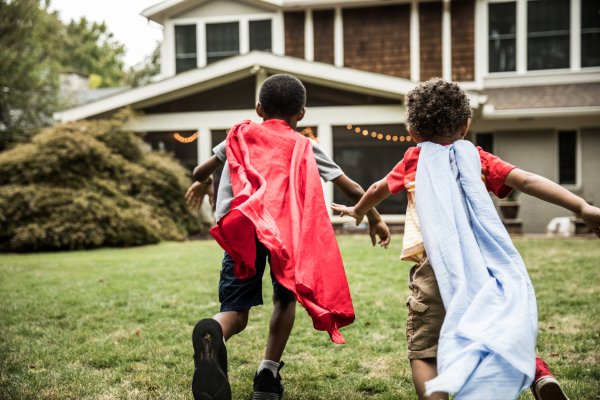 How to Raise Resilient Kids
Next Up: Editor's Pick