Another Round of Stimulus Checks Is Coming, But Some Families May Fall Through the Cracks

With fewer than two weeks remaining before Congress’ expanded federal unemployment benefits expire, lawmakers are racing to finish their latest COVID-19 relief package, which passed the House of Representatives on Feb. 27 before heading to the Senate. The legislation, known as the American Rescue Plan, extends that unemployment program, and also includes a new child care tax credit and rent payment assistance. For many Americans, though, the most anticipated provision is another round of $1,400 direct checks.

But who will get those checks—and how much money they’ll actually get—has been a sticking point. While many Democrats and some economists have argued that the program should cast as wide a net as possible, Republicans and conservative Democrats have argued that people with higher incomes should not receive the money. In order to get the overall plan through Congress, President Joe Biden has signed off on a proposal to lower income limits on the checks, according to a Democratic Senate aide.

The new, Biden-approved proposal gives the full $1,400 per person to individuals earning less than $75,000 and joint filers earning less than $150,000, unchanged from the House bill. But partial payments would completely phase out at $80,000 for individuals (down from $100,000 in the House bill) and at $160,000 for joint filers (down from $200,000). The Senate version is expected to pass by the end of the week, at which point the legislation would go back to the House for approval.

Limiting the program will reduce its overall cost, as well as better target those seen as most likely to be struggling because of the pandemic. Studies of the prior pandemic checks have shown that unneeded cash ended up in some recipients’ savings accounts—when the first pandemic checks were issued last April, higher-income recipients were more likely to save the money than spend it, according to an August analysis from the National Bureau of Economic Research. “The more targeted [the population], the more bang for your buck,” says Alejandra Grindal, a senior international economist at investment strategy firm Ned Davis Research.

But lowering the thresholds presents some problems. For one, some Americans who previously received checks will no longer qualify, even though they may still need help. Additionally, with COVID-19 case numbers falling, vaccines rolling out and businesses reopening, it’s possible that higher-income earners would have spent their next check in ways that weren’t possible earlier in the pandemic. If that happened, the checks could do double duty as a relief measure for struggling families as well as a stimulus for the economy overall. But if fewer financially stable families receive checks, the program may not have as much of an economy-boosting effect.

Another round of big, broad-based checks would have been a huge help for people like Stephanie Bonin, whose Denver restaurant, Duo, struggled to survive when Colorado closed all restaurants, bars, theaters, gyms and casinos last year to reduce viral spread. Bonin, 44, started a petition on Change.org calling on Congress to support $2,000 in monthly checks for the duration of the pandemic. That didn’t happen, but Congress did authorize an initial round of $1,200 to eligible taxpayers in late March, and a $600 round in late December.

Duo got a bump in orders after those checks were issued, Bonin says. The patrons were people who didn’t need the money for rent or groceries, but were happy to spend it on a $19 duck confit appetizer or a $34 bison short rib entree—and thus helped keep Duo afloat. “[The checks] act differently for different people, and we need it all,” she says. “It’s a holistic world. It helps the small business, and they can pay employees.” Countless small businesses like Duo were also likely helped by the earlier checks in the same way.

It’s impossible to predict how this next round of checks might be used. Both the viral and economic situations have changed since the earlier payments were issued. COVID-19 cases are generally declining nationwide, meaning people may feel safer going out and spending their money. But at the same time, the long-term unemployment rate is higher than at any other time during the pandemic—nearing the record set following the Great Recession—suggesting even more people are now in dire financial straits. It’s also unclear how much extra economic stimulus will be necessary as virus restrictions are lifted—the U.S. personal savings rate is currently at a staggering 20.5%, up from 7.2% at the end of 2019, meaning some people have plenty to spend once they feel safe doing so.

“At some point, we will have the disease mostly licked and will want the economy to recover,” says Jonathan Parker, a professor of finance at the Massachusetts Institute of Technology who studied consumer behavior following the 2008 stimulus checks and the 2001 tax rebate checks. “Will we need stimulus to spur demand at that time? We’ve never seen this before, so we have no idea.”

As with the previous pandemic checks, it will only be possible to evaluate the next round’s effectiveness in hindsight. That means the checks have to go out first. While it’s possible to send a targeted set of checks now and then wait and see how the economy rebounds, economists like Parker point out that there may be less political will to pass another round of payments later on.

The more immediate concern is that lower income limits are bound to leave out some Americans who are already at risk of falling through the cracks. After all, income alone shows an incomplete picture of a person’s financial hardship, says Bradley Hardy, an associate professor of public administration and policy at American University, whose research focuses on economic well-being among low income populations. Moreover, many people’s circumstances have changed so much during the course of the pandemic that families may now be coping with new care-taking burdens, increased medical costs or other expenses that could make it more challenging to make ends meet, even if they haven’t lost income. “I’m more worried about missing a family that needs it than giving it to families who don’t need it,” says Hardy.

—With reporting by Alana Abramson 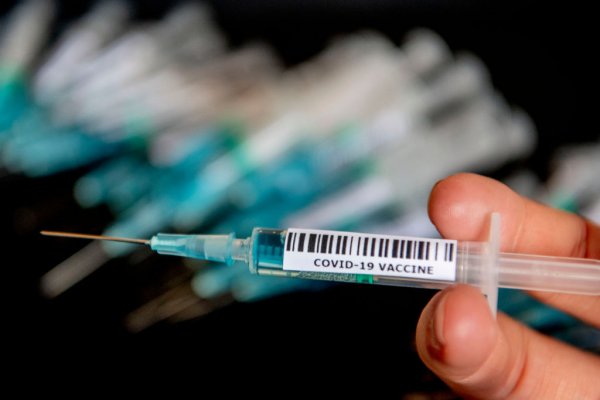