We're in the Third Quarter of the Pandemic. Antarctic Researchers, Mars Simulation Scientists and Navy Submarine Officers Have Advice For How to Get Through It

Sunniva Sorby and Hilde Fålun Strøm's cabin in Svalbard, Norway.
Courtesy of Hearts in the Ice
By Tara Law

McMurdo Station, an Antarctic research base 2,415 miles south of Christchurch, New Zealand, is a strange place to ride out the COVID-19 pandemic. But it’s been a home of sorts for Pedro Salom since he took a dishwashing job there in 2001, when he was 24. Now an assistant area manager with more than a dozen Antarctic deployments behind him, Salom has grown accustomed to the ebb and flow of life on the ice. There’s the surge of excitement when new arrivals join the camp, the feeling of isolation from the rest of the world when earth and sea disappear in the endless night from April to August; and the joy when the sun finally appears behind the mountains once again. He’s also been around long enough to know that, as people reach the end of their deployments, many begin to struggle—whether they’ve been at McMurdo for over a year, or even just a few months.

“One of the things I look for is dramatic changes in people’s habits,” says Salom. “If somebody has been going to the gym every day at 6:30 a.m., and usually gets to lunch exactly at 11:45, and that person suddenly misses the gym, or starts taking food to go or doesn’t show up for lunch at all, that’s a serious flag in my mind.”

Researchers have a term for what Salom is describing: the “third quarter phenomenon.” First named in 1991 by researchers studying people living in cold regions, the phenomenon (still theoretical) is characterized by mood shifts among people nearly finished with a long period of isolation. Those affected often feel anxious, withdrawn, and increasingly vulnerable. Researchers haven’t been able to definitively prove the phenomenon exists, in part because its effects can vary from person to person. But anecdotal evidence and research suggest it often strikes people beginning 75% of the way through an isolating event. While researchers looking into the phenomenon have focused on explorers like Salom, what they’ve learned about it could now be applicable to a much larger group of people: those self-isolating during the COVID-19 pandemic, which, at least in some parts of the world, is potentially about three-quarters through—assuming vaccine rollouts proceed apace, and the shots perform as expected.

Nathan Smith, a University of Manchester researcher who has examined how people behave in extreme settings, says that “the psychological and social experience of monotony, sensory deprivation, social isolation, proximity with others, is very similar” to that likely being experienced by people isolating during COVID-19. “For some people, this third quarter phase may be really challenging,” he says.

The third quarter phenomenon can lead some to experience major mood shifts and change the way they relate to other people. For instance, last March, Sunniva Sorby, 59, and Hilde Fålun Strøm, 53, said they had a hard time during what they thought was the end of their stay in an uninsulated 90-year-old trapper’s cabin without electricity or running water on Svalbard, a Norwegian archipelago in the Arctic Circle. The pair of climate change researchers had spent more than seven months, much of it in the Arctic darkness, collecting invaluable data by observing wildlife, using a drone to measure surface ice and land temperatures, and taking ice core and phytoplankton samples. But as the end of their stay drew near, Sorby and Strøm’s excitement about seeing their loved ones again was tempered by a wave of unexpected anxiety. They worried about many things: whether they would finish the research they started together, how the end of their mission might affect their friendship, and whether they would ever actually finish packing up to leave. “In the dark, we’re totally dependent on each other. And then when the light starts to come back, there’s a question around how much tending is needed from the other,” Sorby says. “It can breed insecurity.”

Polar explorers aren’t the only people who spend long stretches of time in relative isolation. Take submariners like Matt Kilby, a 29-year-old former U.S. Navy lieutenant who served three deployments aboard the U.S.S. Florida. Although he says the ship was roomier than you might expect, many indoor spaces can still feel tight, especially for someone like him, who stands 6’4” tall. Life aboard the ship—which on one 110-day deployment spent 107 days submerged—sometimes felt like Groundhog Day, the Bill Murray classic about a TV weatherman stuck in a time loop, Kilby says. While he had his crewmates for company, Kilby could only communicate with his friends and family, including his fiancée, by email, which at times made him fear being forgotten. By the last week of any given long-term submarine mission, Kilby says, the crew tended to get testy. “It’s almost so well known, that if someone blows up on you, it’s just like, ‘Hey, man, it’s like the last week, everyone’s like this right now.’ So everyone’s almost bonding over the fact that it’s that last week and that everybody’s grumpy.”

Participants in projects that simulate long-term space travel to better understand its potential psychological effects also say they’ve observed the phenomenon. Shannon Rupert, a 61-year-old former professor of biology and environmental science now runs the Mars Desert Research Station in Hanksville, Utah, which is operated by the space advocacy nonprofit the Mars Society—where hundreds of people have “settled” on the Red Planet. To emulate life at a space station, the quarters are tight—Rupert compares the bedrooms to closets—which means you can never really get away from the five or more other participants, or out of earshot of their conversations. Even when participants venture outside, they’re required to wear bulky model spacesuits; participants can go through the entire experience without feeling the wind on their face.

Rupert says she often warns participants that the project becomes more difficult three-quarters of the way through. Rupert, who herself has taken part in more than a dozen simulated Mars missions varying in length from several weeks to a few months, advises participants to share their pet peeves early on to avoid fights down the road (she hates when people brush their teeth in the kitchen sink, for instance). During one simulation, two crewmates came to blows after one was caught squirreling away the group’s hot chocolate mix, she says. “The little irritations that didn’t bother you… become suddenly not okay,” says Rupert. “The last couple of days, you’re gonna like be like,’ dude, get the hell out of here.’” In extreme cases, some participants have walked away from the simulation early. Rupert adds that mental fatigue often leads to accidents and injuries during this leg, and she worries that, in the context of COVID-19, the same phenomenon could lead people to give up social distancing and other preventative measures as they tire of following public health guidelines.

In other words, the fact that we may nearly be out of the pandemic woods—thanks largely to mass vaccination efforts underway—may present new psychological hurdles. If you’re feeling particularly irritable, unhappy or otherwise off lately, it may help to understand these potential psychological forces at work. “If you know [isolation] is going to end, it sort of makes sense to conserve some of your resources and save them for when you might be going back into a slightly more dynamic and changeable environment,” says Smith, the University of Manchester researcher. But it’s essential that we all stay vigilant, because we’re a long way from herd immunity, and until we reach that point, the virus could easily reassert itself. Indeed, social distancing may become psychologically harder before it gets easier, since vaccinated people are likely to begin to enjoy a more normal life before those of us who remain unvaccinated.

The adventurous souls who spoke to TIME about their experience with third quarter syndrome relied on remarkably similar coping mechanisms, all centered around the notion of focusing on their mission. For Sorby and Strøm, that’s been promoting positive action to combat climate change; for Kilby, it was to serve his country; for Rupert, it’s about better preparing humanity to become a species of interstellar explorers; and for Salom, helping to keep McMurdo Station safe. For those of us isolating because of COVID-19, the goal is simpler but no less noble: reducing the spread of the virus and keeping as many people from getting ill as possible.

But even seasoned pros can find their willpower drifting sometimes. When that happens, the people who spoke with TIME recommend concentrating on the here and now—keeping to a routine that offers a sense of control, or appreciating whatever little joys you can find along the way. Salom says his life has been enriched by getting outside to hike, stargaze or watch the aurora australis (the southern sibling of the northern lights). Routinely exercising has been important, he says, as has his pursuit of fun projects: hosting trivia nights; opening “pop up restaurants” and organizing pinewood derbies.

Salom’s time in the Antarctic has also given him a greater appreciation of the importance of mental health. It can be tough to speak up and ask for help, Salom says, but it’s essential to realize that psychological health is very much like physical health: “early intervention and engagement is much better than then trying to make up for lost time later on, when somebody gets in a really bad place.” 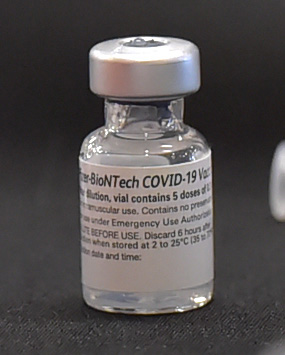