Queer Nigerians Hoped the Clubhouse App Would Be a Safe Haven. It's Become Another Breeding Ground for Bigotry

As a queer Nigerian looking to meet others like them, Matthew Blaise joined Clubhouse in December 2020. The networking app was soaring in popularity despite still being in beta mode, and Blaise, who identifies as nonbinary, hoped it could become a place where they could have meaningful conversations with their peers. Much of their work as a rights activist involves curating safe spaces for Nigeria’s LGBTQ+ community, often on social media.

Clubhouse allows users to converse using audio rather than video. Moderators and featured speakers discourse on an online stage, and if audience members want to add to the conversation they can raise a virtual hand. In a world socially isolated by the pandemic, the platform has proved a massive hit. Although it currently operates by invitation only, it has garnered more than two million users and its early success has given it a valuation of $1 billion.

The app initially served “as a safe haven,” Blaise, 21, tells TIME—describing it as a place where their community could gather, “holding space for each other.” But they have encountered a spate of homophobic chatrooms on Clubhouse in recent weeks. Many of them purport to be LGBTQ+ friendly, only to trap and heap abuse upon users who unwittingly wander into them.

For queer Nigerians, this is a sadly familiar tale. The community is frequently targeted on social media like Twitter and Facebook—and even on the gay hook-up app Grindr, where homophobes have been known to pose as potential dates or sexual partners, luring unsuspecting users into meetings that turn into assaults or robberies. Some users are outed to their families. Lesbians have also reported cases of blackmail after meeting with those they came into contact with online.

Now the fear is that the world’s hottest networking app is also becoming a hostile place for queer Nigerians before it even fully launches.

The dangers of being LGBTQ+ in Nigeria

Safe, private, virtual spaces matter a great deal to queer Nigerians because of the bigotry the community faces in real life. Nigeria’s 2013 Same-Sex Marriage Prohibition Act criminalizes gatherings of LGBTQ+ Nigerians, and public displays of affection between members of the same-sex risk hefty jail terms. Police harassment can be both overt and underreported.

In August 2018, Nigerian police raided a birthday party in Lagos, arresting 57 men. Most were later charged with the “public show of same sex amorous relationship with each other in hidden places,” and police accused them of hosting an initiation gathering for queer men. Shortly after the arrests, police set up a press conference exposing the identities of the arrestees.

Although the case was thrown out of court in October 2020, lasting damage had been done to the men because of the rampant homophobia in Nigeria. A 2019 survey indicated that 60% of Nigerians surveyed said they would not accept a family member who is LGBTQ+, and 75% were in support of the country’s discriminatory legislation. Nigerian media also often covers LGBTQ+ topics with sensationalized and dehumanizing reports and headlines.

Against this backdrop, social media, by affording the option of anonymity, has made it easier for queer Nigerians to band together and raise awareness of their plight. In response to the murder of a gay man in March 2020, for example, Blaise and fellow activists Ani Kayode Somtochukwu and Victor Emmanuel created a Twitter campaign under the hashtag #EndHomophobiainNigeria. The hashtag trended on Nigerian Twitter for a few days, providing an important insight into how institutionalized homophobia harms queer Nigerians. Using the hashtag, a number of queer Nigerians were able to share their daily experience of homophobia and allies had an opportunity to lend their voices to the call for change.

While none of those calls had any legislative effect, Somtochukwu tells TIME that it was a necessary moment of awareness. “We thought it important to encourage queer people to use the hashtag to share their own stories, so that becomes clear that this wasn’t an isolated incident, and that violence like this was a part of our everyday lives.”

“Social media is very important, not only in documenting the lived experiences of queer people in Nigeria but to also help us express ourselves and find a safe space to grow our voices,” Somtochukwu says. He describes it as “a very important tool for facing the challenges of state oppression that Nigerian homosexuals face, because it is harder for them to target people when it’s online.”

A young man holds a sign questioning LGBT killings during a march commemorating all the lives lost to violent killings in Lagos on May 28, 2018.
Stefan Heunis—AFP/Getty Images

At first, the community had high hopes for Clubhouse. Blaise organized several queer-focused rooms on the platform, with discussion topics including the role of allies in advancing LGBTQ+ rights, and the dangers of human rights activism that excludes queer Nigerians. (The latter was evident in the violence the community faced during the #EndSARS protests against police brutality during the fall of last year.)

Although Clubhouse is not accessible to all Nigerians in the LGBTQ+ community—besides being invite-only, it is also only available to iOS users—the ones who are able to use it say it has brought them together.

“It’s made me feel closer, more connected, and less alone,” says Ada, a 24-year-old genderqueer lawyer who only gave her first name out of fears for her safety.

Clubhouse has also helped those living overseas. Based in London, Dan Yomi is a gay Nigerian and founder of Living Free UK, an organization that assists LGBTQ+ Africans and refugees. He says he can talk on Clubhouse with his peers back home as though he were on a group call with a bunch of friends. “Having these spaces has been fantastic and makes meeting and being with other queer Nigerians easy,” he says.

But the app has been accused of lax oversight, which critics say has fostered instances of misinformation, misogyny and racism. In the past month, a number of chatrooms have been set up that target Nigeria’s LGBTQ+ community with misleading titles. One such forum, aimed at users in Nigeria’s capital, was called “Abuja LGBTQ what’s up!” Yomi entered the discussion on Feb. 4 to find that the moderators were religious conservatives.

In a recording shared with TIME, one moderator can be heard declaring that he is proudly homophobic as other moderators laugh. “I am telling you that you, do you hear, you are not coming up [to the stage], and it is going to pain you as I am saying that I am homophobic.”

A queer Nigerian cleric living in London, Reverend Jide Macaulay had also been lured into the room. He was questioned about what it means to be gay and Christian and his theological responses were mocked.

Macaulay, 55, says the experience left him “shaking at the thought of what these people can do with their homophobia.”

Adds Yomi: “Sometimes, it gets exhausting seeing these rooms exist without accountability.”

The app says it keeps temporary recordings from rooms whose moderators have been reported, if they are reported in real time; users can also report past incidents, but Clubhouse doesn’t have access to audio from expired rooms. Clubhouse says reports submitted will be reviewed and investigated, with potential disciplinary actions ranging from warnings on first offenses to permanently disabling offending accounts. However, while harmful conversations can be flagged, some users say the procedure on holding offending users accountable is unclear, and that such individuals can still be seen on the app despite Clubhouse’s promise to take action.

People interviewed for this story said they had reported offending moderators through the app but have not received feedback. They tell TIME they want Clubhouse to address their concerns. Other users have asked for the ability to make accounts private and for rooms featuring people they have blocked to be hidden from view. They’re also calling for Clubhouse to do more to recognize malicious users based on the rooms such individuals enter and create. London-based Yomi insists that a campaign against hate speech would also be a strong move. Clubhouse did not respond to requests for further comment from TIME on its community guidelines.

In the meantime, queer Nigerians look out for themselves as best they can, risking abuse for the chance of a close, human connection.

“Finding a community on Twitter is one thing,” says Ada, “but the Clubhouse queer community for me is a lot more personal because there, I get to listen, hear their voices, their laughter, and sometimes their pain.” 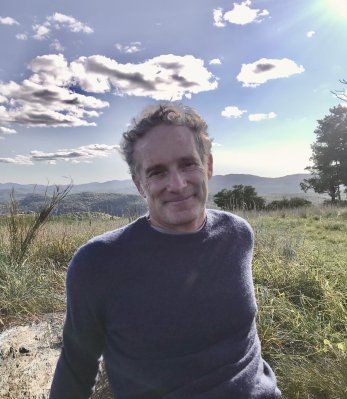