Many Kids Ask Fewer Questions When They Start School. Here's How We Can Foster Their Curiosity

A student raises her hand in her virtual classroom at the Roxbury YMCA in Boston on Sept. 21, 2020. Boston Public School students learn remotely on their first day of school at the Roxbury YMCA on Monday. The Roxbury Y is among nearly 100 programs across Boston providing school-day space while public schools are closed for more than 6,000 students so their parents can work and the students can receive help, be supervised, and have fun playing with other kids.
Photo by Suzanne Kreiter/The Boston Globe via Getty Images
Ideas
By Susan Engel
Engel is Senior Lecturer in Psychology and Founding Director of the Program in Teaching at Williams College. Her newest book, The Intellectual Lives of Children, was recently published by Harvard University Press. She has three sons and two very young grandchildren.

Recently I walked into a store in Western Massachusetts where the employees were mask-less. “No masks?” I asked. The young woman behind the counter made a face. “It’s a big deal about nothing.” “Nothing?” I said. “Do you know how many people have died so far?” “I don’t care. It’s just stupid,” she said. It wasn’t her ignorance that alarmed me. It was her disdain for information. Similar examples fill the newspaper. The COVID-19 pandemic has revealed a gaping hole in our educational system, by reminding us that too many adults have low regard for data. We are not doing nearly enough to instill the single most important outcome of twelve years in a classroom: a thirst for knowledge.

It’s human nature to lean towards evidence that supports one’s opinions, and push away input that challenges those opinions. Researchers have labelled this common phenomenon, Myside Bias. But research also shows that education can help overcome that tendency. However, many current school practices do more to obstruct than foster the inclination and ability to seek new information, evaluate its reliability, and use it to form rather than shore up opinions. That needn’t be the case.

Infants are born with a pervasive and ferocious desire to absorb new information. Shown a series of familiar images and then something new, their whole system goes on alert: breathing, heart beat and skin moisture all change, indicating that they have noticed the surprise. What do they do next? They pay attention, studying the new material until it is familiar. This urge to explain the unexpected drives a huge amount of their daily behavior, and accounts for the enormous intellectual growth humans go through during their first few years of life. Though born fairly incompetent compared to other mammals (who walk, play and feed themselves within hours or days of birth), by the time children are three they have learned how to talk and form concepts (something few if any other animals can do). They have absorbed the customs and norms of their family and close circle. They have mastered the routines that govern daily life, and have become adept at any number of clever tricks and strategies for attracting, entertaining, convincing, and deceiving others.

By the time they are three, they have acquired another tool that catapults them forward: they have learned to ask questions. Research shows that young children typically ask a question every two minutes. Many of these questions seek simple facts: the names of things, the time something will happen, or where an object or person is located. Those what, when and where queries are the hand tools of question-asking. But by the time they are three, they have acquired the power tool: questions about why and how things are the way they are. Children seek explanations for a wide range of phenomena: why an ice cube melts in the sun, where grandma goes when she leaves, and how the family dog knows where to poop. Researchers describe this as epistemic curiosity, a need for understanding. It underlies the vast universe of knowledge that defines our species.

And yet for the most part schools dampen rather than build on this natural urge to find out. Research shows that schoolchildren show far less curiosity than they did just a few months earlier, while at home. For instance the rate of question asking drops precipitously when children are in school—from one question every two minutes, to less than one question every two hours. Studies also show that children’s inquiry is highly sensitive to adult behavior. Teachers can build upon young children’s urge to know, helping them become more sustained and persevering in their pursuit of information.

First, students need plenty of opportunity to pursue individual interests, no matter how quirky. For some it will be insects, for others, building structures, exploring the nature of death, or considering embodiments of infinity. Mind you, such pursuits have little in common with the traditional projects teachers often offer as a sweetener for more “essential” learning. Instead, solving genuine mysteries and acquiring expertise in domains that intrigue the learner would sit at the core of the curriculum. Fostering inquiry also requires teachers who model genuine interest in thinking about the unknown and comfort with uncertainty.

Next, children need help learning how to evaluate the reliability of any given set of facts they have gathered. A thirst for knowledge should become a thirst for reliable information. Researchers have shown that three-year-old children use two methods when deciding to trust what adults tell them: how emotionally attached they are, and the adult’s previous accuracy. As they get older, children put less trust in social and emotional ties and more emphasis on the source’s previous accuracy. They have the right instincts but they need help sustaining and honing that instinct, as they grow older.

What criteria might children learn to use when judging the reliability of material (whether it comes in books, online, or from those around them)? They should learn to seek confirmation that the material is based on expertise—scientists know more than others about the transmission of infection, psychologists are likely to know more about what makes people adopt new habits, and farmers are good sources of information about herding livestock. Students should learn to trust an expert more than their cousin.

They should also be on the lookout for consensus. Though large groups periodically lead us wildly astray (think here of Thalidomide), generally speaking, people correct one another. That’s one reason Wikipedia is a fairly good source of information. But consensus amongst experts is better yet. Students can discuss how widely accepted a collection of facts is, and which people agree on that collection.

Finally, students can spend time sussing out motivated thinking. Someone who will benefit from a particular point of view may be less trustworthy than someone who has little stake in the topic. For example, students should be taught how blind review works in scientific journals, and why outside media watchdogs are helpful. Here primary source material is vastly more useful in the classroom than textbooks, which by definition bury the perspective of the source. Achievement First, a network of schools in NYC encourages their students to think through the points of view behind the material they read, asking, “What did the author stand to gain?” This concern should become a central feature of high school curricula in many subjects.

Though none of these strategies are foolproof, taken together they would help steer students in the right direction. Perhaps more importantly, by emphasizing the activities that strengthen such skills, we encourage young people to place great value on reliable information. Children are born with the tools, and the urge, to gather and evaluate data. Schools should build on those propensities, not ignore or thwart them. An appetite for accurate knowledge will be essential when it is time to participate in the world beyond school, whether deciding about a vaccination or evaluating the validity of an election. 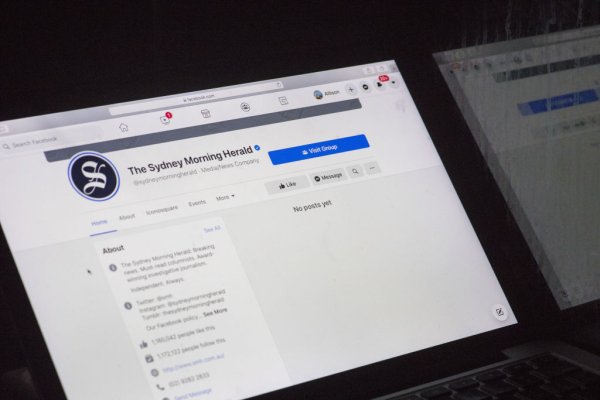 How Australia Saved Journalism From Big Tech
Next Up: Editor's Pick