For scientists, the havoc wreaked by the extreme winter weather that hit Texas in mid-February dropping several inches of snow and leaving millions without power did not come as a surprise. Ten years ago, in 2011, energy regulators warned the state’s electric-grid operators that they were ill-prepared for an unprecedented winter storm. And for decades before that, climate scientists had cautioned that a warming planet would cause climate chaos, raising the average global temperature while driving unusual weather events like this one. For Texas, it was always just a matter of time.

Despite these warnings, the state was unprepared—which Texans realized as soon as the storm swept in. Equipment froze at power plants, leaving about half of the state’s electricity-generating capacity offline. Natural gas wells iced over, slowing the fuel supply that heats homes. Millions were left without electricity, at least one city turned off its water supply, and Harris County, where Houston is located, reported hundreds of cases of carbon monoxide poisoning as Texans turned on their own generators to warm up. “This shows a disastrous level of underpreparation,” says Daniel Cohan, an associate professor of civil and environmental engineering at Rice University in Houston, speaking to TIME shortly after he had lost water pressure. “We knew this weather event was coming … What went wrong?”

The catastrophe can be linked to a string of planning failures that didn’t take that threat seriously. Much of the electricity infrastructure in Texas wasn’t hardened-think of insulation and other protections that allow it to function in extreme winter weather. Several power plants remained offline for scheduled maintenance, ignoring weather forecasters’ warnings of the fast-approaching storm. And the storm disrupted the supply of fuel needed to run other such plants.

The cascade of failures in Texas signals what is perhaps the greatest challenge ahead in this climate-changed world: accepting that business as usual isn’t working. Across the planet, humans have built civilization to withstand the vagaries of a 20th century climate. The extreme weather events of the 21st century will look nothing like those that came before—and hundreds of years of past preparation will not suffice. “The future is not going to be like the past,” says Melissa Finucane, a co-director of the Rand Climate Resilience Center. “If we could just plan a little better, we could anticipate some of these problems.”

A freak snowstorm may not seem like a harbinger of global warming, but a growing body of research links climate change with the occurrence of the so-called polar vortex. Scientists say warming in the Arctic, where temperatures are rising faster than anywhere else on the planet, may be weakening the jet stream that typically keeps cold air deep in the northern hemisphere. A weakened jet stream allows freezing air to drift down to lower latitudes.

In recent years, large swaths of the electric grid in the U.S. have proved incapable of keeping up with these climate curveballs. Electric-grid planners calculate extensively to ensure that electricity supply can always match demand, but extreme weather events have made that effort increasingly complicated. In California last summer, a heat wave drove up electricity demand, while some natural gas power plants went offline because they weren’t able to withstand the temperatures. The year before, PG&E, the primary electric utility in Northern California, cut off power to hundreds of thousands of customers amid windy conditions out of fear that power lines might collide with dead foliage, killed off by drought, and spark catastrophic wildfires.

And those are just the events that disabled the electric grid. In 2020, while eyes around the world were trained on COVID-19, the U.S. experienced 22 weather and climate events that each cost more than $1 billion, eclipsing the previous record of 16 in one year, according to the National Oceanic and Atmospheric Administration.

These climate-linked disasters, and their fallout, will be increasingly difficult to manage as global warming intensifies, creating an existential threat for many communities that are most exposed to the effects of the changing climate. In Texas, many have questioned whether parts of Houston built on the floodplain can survive increasingly intense hurricanes.

For now, experts who study climate adaptation say communities should invest fully in measures that have proved to work, from hardening infrastructure to developing more localized energy production. Most important for the electric grid, experts say, planners need to do a better job thinking holistically about the grid as a system, integrating technologies like energy storage.

In short, a new climate requires a new way of thinking. And the time for both is already here.

—With reporting by Madeleine Carlisle/Austin 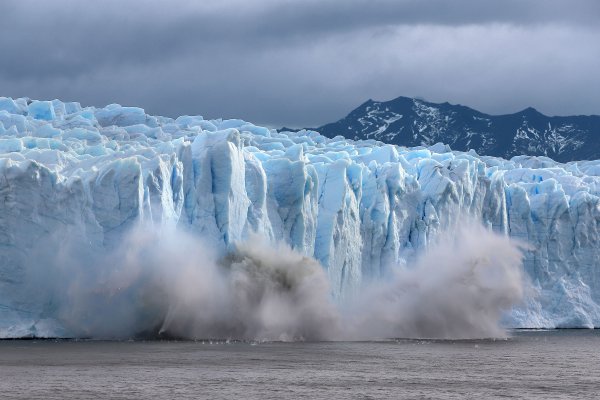 How Trump Compromised Climate Communication Inside NASA
Next Up: Editor's Pick