Angelina Jolie: Millions of Children Are in Danger. We're Not Doing Enough to Protect Them

An empty dormitory full of schoolboys' items is seen after gunmen abducted students at the Government Science school in Kankara, Nigeria on Dec. 15, 2020.
Kola Sulaimon—AFP/Getty Images
Ideas
By Angelina Jolie
Jolie, a TIME contributing editor, is an Academy Award–winning actor and Special Envoy of the U.N. High Commissioner for Refugees

What would you do to protect a child?

I met a father in Afghanistan who was beaten and tortured by the Taliban because he insisted his daughters had the right to go to school.

I met a Congolese girl in Tanzania whose parents were killed blocking armed men from entering their home, so that she could run out the back door carrying her baby brother. When she reached safety, she was so shell shocked that she had trouble handing her brother to aid workers. She wanted to keep him close and protect him with every scrap of effort left in her small body.

A friend of mine lost her parents in the brutal conflict in Cambodia. She grew up without them, but she remembers everything they sacrificed for her and how much they loved her.

These children often knew their value because the adults closest to them were willing to fight and even die for them. Is there any more important gift to give a child, than to love them and teach them their value as an equal human being? Or, conversely, is there anything worse than when adults—or the world at large—treat children as if their lives and bodies don’t matter?

In a new report, humanitarian organization Save the Children warned that 72 million children live in proximity to armed groups that have committed sexual violence against children during the last year including rape, sexual abuse, sexual torture, sexual slavery and sexual mutilation. Child survivors are often left with horrific injuries, and PTSD and trauma that can last a lifetime. These facts are excruciating, hard to read and perhaps for some hard to acknowledge that they are allowed to happen in our midst.

Perhaps you are already thinking that you know all this. But that’s exactly the point. We’re aware, yet we seem numb to it. We’ve known about these crimes for decades—and yet they continue.

According to Save the Children’s new data, the number of children at risk of conflict-related sexual violence is nearly ten times higher than it was in 1990. This coincides with the period in which we were supposed to have begun to reduce violence against children globally. In a 1996 report the former Mozambiquan freedom fighter and First Lady of South Africa, Graça Machel, denounced the existence of a “desolate moral vacuum…devoid of basic human values” in which children were being killed, maimed, conscripted and starved as a result of conflict. Her account transformed the way the U.N. regarded the impact of war on children.

Yet a quarter of a century later, notwithstanding several landmark convictions for grave violations, children are still being brutally victimized in modern conflicts. They are still abducted and kept as sex slaves, and still conscripted and forced to take part in atrocities. The number of children who have been forcibly displaced from their homes now stands at over 30 million—an unprecedented figure. The moral vacuum is still around us.

The nature of modern war, and the mobility of armed groups today, is a factor. Groups like Boko Haram mount raids across national borders, attacking villages and refugee camps. Civilians now make up the vast majority of all casualties of war, in conflicts lasting decades.

But there is a more fundamental issue. We still do not treat children as equal holders of human rights—with their own distinct set of rights—or regard their protection as a paramount consideration. Of course this applies to the much wider issue of violence in the home outside of conflict settings.

Violence against children, like domestic violence, is rooted in low human rights standards, gender inequality and unequal power dynamics. The system is rigged against them.

The U.N. Convention on The Rights of the Child set out minimum standards for the protection of children. It is a tool to insist on and measure better treatment for children. We should use it. It requires states to take all feasible measures to ensure protection and care of children who are affected by an armed conflict. As the Machel report noted, “if the Convention on the Rights of the Child were to be fully implemented during armed conflicts, this would go a long way towards protecting children.”

We need to show children that we are serious about accountability when their rights are violated, and that conflicts are no exception. There is an overwhelming case for the establishment for an permanent impartial international body that can gather and preserve evidence of sexual violence and other war crimes and violations of international humanitarian law and human rights in conflict settings, including children’s rights specifically.

And when children are displaced by conflict, the least we can do is to uphold their right to seek safety. Even though children make up 40% of all displaced people worldwide, funds donated for U.N. child protection programs make up less than 1.5% of all humanitarian funding.

This is when we collectively must show our humanity. Investment in a stable and safe world begins with the protection of children. 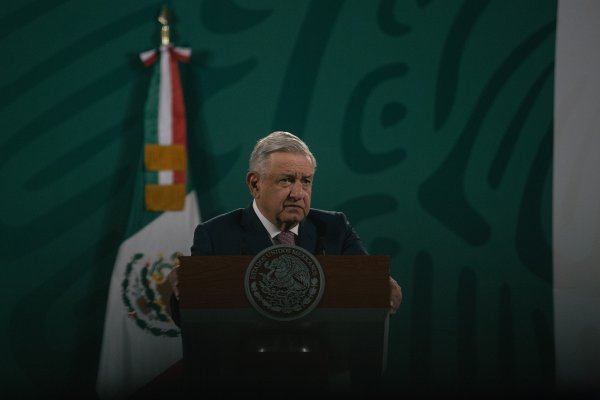