What Perseverance, NASA's New Mars Rover, Will Be Doing in its Years on the Red Planet

There was plenty of reason to celebrate when the Perseverance rover successfully touched down in Mars’s Jezero Crater this afternoon. But in some ways, the rover showed up too late—3.5 billion years too late, in fact.

Long ago, in an earlier epoch, as studies of Mars have shown, Jezero Crater was Jezero Lake, a 45 km (28 mi.) depression in the northern Martian hemisphere, fed with water via a channel that cut through the crater rim and spread into the lake in a graceful delta. There was atmosphere and there was warmth and there was ample water—and, all that being present, there may have been life.

Not long after, however, Mars lost its magnetic field and thus 99% of its atmosphere and nearly all of its water, transforming the planet into the frigid desert it is today. But if that early life was ever present, it could still be there today—in the form of fossilized remains and organic material in the ancient silt of the desiccated lake. It’s for that reason that NASA selected Jezero for its most ambitious Mars exploration mission to date—and for that reason that agency officials sounded so celebratory today.

“The team is beside itself,” exulted NASA systems engineer Rob Manning, from Mission Control at the Jet Propulsion Laboratory in Pasadena, on NASA TV, post-landing. “It’s so surreal.”

Part of that enthusiasm was a function of relief. The nearly seven-month journey the spacecraft took to reach Mars was a gentle coast compared to the final, frenzied seven minutes of atmospheric entry and descent it had to execute in order to stick its landing. The one-ton rover, about the size of a compact car and protected by a heat shield, slammed into Mars’s atmosphere at a speed of 19,500 kph (12,100 mph). Within one minute, the friction caused by that atmosphere caused the temperature on the heat shield to rise to 1,300ºC (2,370ºF). All that resistance, however, acted as a powerful brake, and three minutes after peak heating, the speed of the ship was reduced to 1,609 kph, slow enough for the heat shield to be jettisoned and a parachute to deploy. Two minutes later, when the spacecraft was 2 km above the ground, the parachute separated and Perseverance went into a brief free-fall—and here, some imaginative engineering took over.

Making every part of the descent more hair-raising was that it was in a sense done blind. Mars’s distance from Earth—202 million km (126 million mi.)—means radio transmissions from the spacecraft take more than 11 minutes to reach us. In other words, had the rover executed every part of its seven-minute descent perfectly and then gotten its cables snarled at the last moment and crashed on landing, the ground controllers would not have known it until 11 minutes later.

Now that Perseverance is on Mars, it will take its time before beginning its explorations. Ground controllers on Earth will spend the next month loading and calibrating software and configuring the rover’s suite of scientific instruments, including:

The rover’s most critical work, however, is to look for chemical signatures of fossilized life, as well as larger, macro features that could only be attributable to biology—for example, rocky, wavy mounds along the ancient shorelines, similar to formations found on Earth called stromatolites, which are formed by microbial colonies.

Perseverance itself was not the only machine that landed on Mars today. Tucked into the rover’s underbelly is the Ingenuity helicopter, a tiny 1.8 kg (4 lb.), 0.49 meter (19 in.) tall machine with two counter-rotating blades that spin at 2,400 rpm. Ingenuity has two cameras, no scientific instruments and decidedly modest goals: making five or so short test flights in the thin Martian air over the course of a month, just to prove the technology is practical, so that bigger iterations can be built for future missions, allowing for easy exploration of hills and mountains that a rover can’t negotiate. Still, enthusiasts are describing Ingenuity’s planned airborne exercises as nothing short of a Wright Brothers moment—the first powered flight of an aircraft on a planet other than Earth.

While Ingenuity might be the first aircraft to fly on the Red Planet, Perseverance is the ninth American spacecraft to set down on it. (The former Soviet Union is the only other Nation to accomplish that feat.) The rover’s mission is set to last at least one Martian year—or two Earth years. But if Perseverance is anything like its sister rover Curiosity, which was landed on Mars in 2012, was also pegged for just two Earth years and is still hard at work, it could exceed that minimal mission by a decade or more. What Perseverance will discover in that time is impossible to know. What it could discover—signs or even proof of extraterrestrial life—is thrilling to imagine. 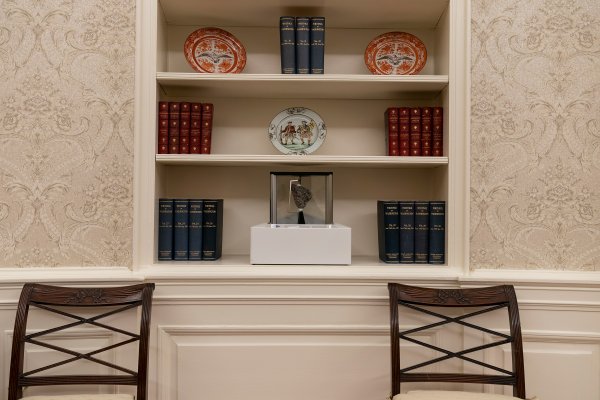 The Biden Presidency Could Fundamentally Change the U.S. Space Program
Next Up: Editor's Pick