A boy walks up a snow covered hill after sledding down it in a box in Houston, Texas on Feb. 15, 2021. Much of the United States was in the icy grip of an "unprecedented" winter storm on Feb. 15, with as many as 5 million Americans losing power.
Mark Felix–AFP/Getty Images
By Brian K. Sullivan and Naureen S. Malik / Bloomberg

The energy crisis that crippled Texas’s power system and sent energy prices soaring to record levels is deepening with at least 5 million people across the U.S. taking turns being plunged into darkness to avoid a total collapse of their grids.

Homes and businesses from North Dakota to Texas are losing power in the middle of an unprecedented deep freeze that has broken daily temperature records in hundreds of places. Grid managers can’t say exactly when the blackouts will end with the cold forecast to remain through Wednesday.

Medical centers are rushing to administer vaccines before they go bad. Flights are grounded. More than a million barrels a day of oil and 10 billion cubic feet of gas production are shut while pipelines have declared force majeure and massive refineries have halted gasoline and diesel output. U.S. President Joe Biden approved an emergency declaration for Texas, making more resources available to help.

“I’ve been following energy markets and grid issues for a while, and I cannot recall an extreme weather event that impacted such a large swath of the nation in this manner — the situation is critical,” said Neil Chatterjee, a member of the U.S. Federal Energy Regulatory Commission.

The cold blast is just the latest in a chain of extreme weather events that have brought down power grids and upended energy markets globally from Japan to Pakistan and France in recent months. They’ve all underscored how vulnerable the world has become in the face of increasingly unpredictable weather brought on by climate change and are raising questions about the global push to electrify everything from transportation to heating and cooling.

More than 4.3 million homes and businesses were without power across Texas on Monday, based on utility outage data compiled by Poweroutage.us. Another 400,000 were down in a swathe of states stretching from Louisiana to Ohio and Virginia. More than 300,000 outages hit Oregon, and even the New York City suburbs were affected, with nearly 24,000 outages in New Jersey’s Sussex County.

In Mexico, over 4.7 million homes and businesses went dark after Texas’s shortages triggered cascading failures. But about 65% of those affected in Mexico had seen their power restored by midday, according to grid operator Cenace.

While temperatures are forecast to rise, the weather across the central U.S. will remain extremely cold this week. Dallas, which was forecast to see a low of 2 degrees Fahrenheit (minus 17 degrees Celsius) late Monday, will reach a high of 29 by Wednesday, the National Weather Service said. But by late Thursday, readings will drop back into the teens.

Such weather conditions are extremely rare, especially in parts of Texas. In Houston, the state’s largest city, roads were iced over and people braved long lines to refill household propane canisters. Traffic and street lights are down. Firewood is selling out. Grocery stores have run out of essentials including milk.

Besides the human impact, the cold is wreaking havoc on the energy industry itself. U.S. oil production has dropped by anywhere from 1.5 million to 1.7 million barrels a day, helping U.S. crude prices trade above $60 a barrel for the first time in more than year. The region’s refining complex — which produces almost half of the nation’s fuel — is struggling to limp along without power. Some of the largest oil refineries have shut altogether, threatening to reduce supplies of gasoline and diesel across the country.

Traders are drawing comparisons between the energy shortages now gripping the central U.S. and the 2000-2001 energy crisis in the western U.S., as well as a 1998 run-up in power prices in the Midwest. Just months ago, California was forced to institute its first rolling blackouts in two decades when extreme heat pushed power demand beyond capacity.

This week’s cold front caught Texas’s highly decentralized electricity market especially by surprise. The region’s grid is designed for hot summers, not ice-cold winters. Utilities there haven’t had to carry out rolling blackouts since 2011. Power plants with a combined capacity of more than 34 gigawatts were forced offline overnight, including nuclear reactors, coal and gas generators and wind farms, Woodfin said. It’s not yet clear why.

Wind power generators were among the victims of the cold weather, with turbine blades rendered inoperable due to ice — a phenomenon that reduces efficiency and can ultimately stop them from spinning. Texas estimated that more than half of its wind power capacity had come offline.

“The southern plains are in a cold pattern,” said David Roth, a senior branch forecaster at the U.S. Weather Prediction Center. “It is going to take a while for them to break out of it.” 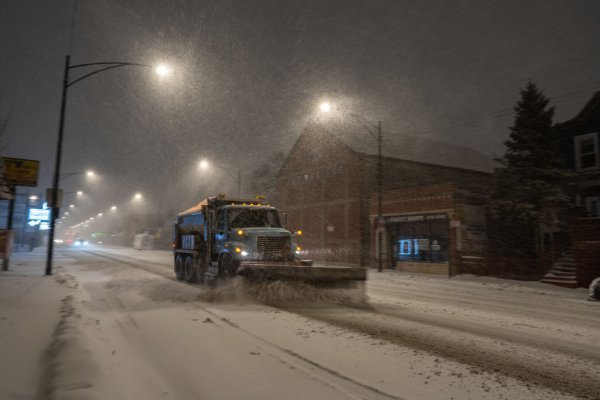