“When people listen to our music, there are so many different ideas about what it is,” Chick Corea told TIME in 2011. “You can survey the audience from young to old…they’ll put it in a lot of different categories of music.”

It was this ability to embrace and synthesize so many types of music—hard bop, Latin jazz, rock, classical and Spanish folk influences—that made Chick Corea, who died of cancer on Feb. 9 at 79, one of the most impactful forces in the music world over the past half century. The Massachusetts-born pianist was equally adept at attacking hard-charging electric fusion with his band Return to Forever, in stadiums full of prog rock enthusiasts, as he was at tiptoeing through Mozart concertos with meditative precision. And whether he sat in front of a grand piano or his beloved Fender Rhodes, he could encompass all of these musical worlds in breathtaking improvised suites. Over the last decade, he was still regularly performing, often with a younger generation of musicians.

It’s been around 60 years since Corea emerged on the New York jazz scene as a promising young sideman. Here’s how TIME Magazine’s coverage over the years showed the limitless bounds of his ever-roving creative curiosity.

Corea was born in 1941 into a musical family. Although he was admitted into Juilliard for piano, he quickly dropped out and became a sought-after jazz sideman for his crisp agility and ingenious chord voicings, playing with Sarah Vaughan, Mongo Santamaría, Stan Getz and others. In 1967, TIME reviewed Getz’ Sweet Rain, noting that “pianist Chick Corea, bassist Ron Carter and drummer Grady Tate add to the tune’s dreamlike mistiness with soft splashes of dissonance.”

Corea later said that he learned an immense amount from his time supporting legends. “I improved at accompanying a soloist [like Sarah Vaughan], who was so rich in melody and expression, and learning how to make an interesting background for them—not just a plodding backdrop—but a piece of music that would make something beautiful out of it,” he told the San Diego Union-Tribune last year.

In 1968, Corea released his debut album, Tones For Joan’s Bones, now considered a classic. On the album, Corea proved he was more than capable of excelling within the confines of the hard bop genre that was prevalent at the time. “There is a brilliant clarity, like tumbling diamonds, to the tones pianist Corea polishes off here,” read the TIME review. “His touch is firm and percussive, his ear tuned toward a definite, stirring pulse.”

Over the next few years, however, Corea would turn from grand pianos to electric ones and also embrace Spanish and Latin rhythms, teaming up with the Brazilian powerhouses Flora Purim (vocals) and Airto Moreira (drummer/percussionist). Two of his most classic compositions, “Spain” and “La Fiesta,” would come out of that era and impulse. Both remain beloved jazz standards.

As the decade flipped, Corea gained a new collaborator: Miles Davis. Along with an absurdly talented and ambitious cohort that included Herbie Hancock and John McLaughlin, they pushed the bounds of jazz, incorporating the electric attack of rock as well as the dissonant experimentation of the avant-garde. “[Davis] has found a new sound formula,” wrote TIME in its review of his 1969 album In a Silent Way. “He has turned up some rock samples that should do America proud.” A few years later, Corea’s own Light as a Feather drew similar raves: “This is an ingenious blend of Latin, pop and jazz, both traditional and avant-garde.”

In 1970, Corea performed with Davis’ band at the Isle of Wight Music Festival—which also featured Jimi Hendrix, the Who and Sly & the Family Stone—in front of 600,000 fans. “It was totally chaotic. It seemed to be like a massive beach party,” Corea said in a 2020 interview.

That festival would not be Corea’s last brush with rock stardom. His fusion band, Return to Forever, would soon become one of the most popular groups of the era, with several of its albums sailing into the Billboard Top 40 during a time when the marketability of jazz was on the wane. The band filled packed rock concert halls like the Palladium and shared bills with Fleetwood Mac. “I used to hear rock ‘n’ roll and go ‘Yech!'” Corea was quoted as saying to TIME in 1978. “But now I really dig Stevie Wonder and how he uses rhythm.”

As Corea settled into middle age, he combined these many interests in his music, which was equally likely to draw inspiration from Wonder as Thelonious Monk and Béla Bartók. He toggled between electric and acoustic bands and delved into the classical world, composing his own concerto for classical orchestra. In 1996, TIME reviewed his album of Mozart songs with the singer Bobby McFerrin, writing that they “turn[ed] in original, joyous performances of the familiar A major and and D minor piano concertos with the St. Paul Chamber Orchestra.”

Over the last few decades, Corea was constantly recording new music and touring across the world. All in all he recorded close to 90 albums, accrued 23 Grammys and was named a National Endowment for the Arts Jazz Master in 2006. And while he continued to play with his long-standing collaborators—including Return to Forever, Hancock and his wife Gayle Moran Corea, a vocalist and keyboardist—he also embraced learning from a new generation of rising stars like Brian Blade, Marcus Gilmore and even John Mayer.

“Chick Corea was the single greatest improvisational musician I have ever played with,” Mayer wrote on Instagram after his death. “Nobody was more open, more finely tuned to the moment, changing his approach with every new offering by the musicians around him.”

“The younger musicians who have taken the tradition of music and who are very creative,” Corea told TIME in 2011, “that’s where I get my inspiration.” 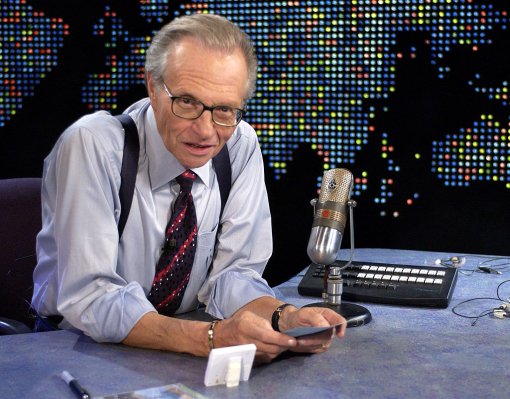