Congress Is Considering 2 Plans to Get More Money to Parents. Here's How Each Would Work

The COVID-19 pandemic and related job losses increased the number of people who rely on free food and clothing distribution. In December, a line of people stretched 7 blocks in Corona, Queens to receive help from New York Cares volunteers, in partnership with Together We Can local non-profit organization and Assemblywoman Catalina Cruz.
Lev Radin—Pacific Press/LightRocket via Getty Images
By Belinda Luscombe

One of the few things that everybody in the U.S. still agrees on is that a country that seven of the world’s 10 richest people call home should not have nearly one in six of its children living in poverty. Another is that the largest economy in the known universe is theoretically big enough to provide for its smallest citizens. Despite this consensus, the U.S. has one of the highest child poverty rates in the developed world. Now, within days of each other, both sides of the political fence have released remarkably similar plans for helping parents and their children—especially the very poorest. Whose plan is best? We asked some experts.

First, a look at the plans: Sen. Mitt Romney‘s and President Biden’s proposals both increase the amount of government aid American parents would receive, but each takes a slightly different route to get there. Romney’s plan offers more parents more cold, hard cash, but scraps a lot of other federal assistance to young families. The Democrats’ plan is less generous in direct payments, but protects existing benefits.

To pay for this, Romney’s plan would abolish a bunch of the other programs that currently help out parents and other taxpayers. That includes both the Child Tax Credit, which is currently $2000 a year, and the Child and Dependent Tax Credit (yes, they’re different!) which allows parents to subtract up to $6000 worth of daycare costs from what they send to the IRS. It would also tweak a bunch of other tax breaks, including write-offs for state and local taxes and the Earned Income Tax Credit (EITC), which public policy experts of all stripes suggest has been the most successful anti-poverty measure of the last half century.

Finally, the Romney plan would kick some people off food stamps and pretty much abolish Temporary Assistance to Needy Families (TANF), a big federal chunk of money that states either give out or spend on programs designed to help particularly needy families. Because the program is managed differently by each state, the amount of TANF funds a family receives in direct payments depends on where they live. New Hampshire, for example, gives a family of three $1088 a month in TANF funds, while South Carolina gives the same-sized family $299. Because many of the poorest families do not make enough money to pay federal income taxes, and therefore don’t benefit from federal tax breaks, TANF is often where they actually see real aid, despite the fact that most poverty scholars think it is massively underfunded.

Biden’s plan, currently being spearheaded by Rep. Richard E. Neal (D-Mass.), chair of the House Ways and Means Committee, offers less money to families, but doesn’t reduce the other benefits available to them. That plan would deposit cash totaling $3600 a year per child to those with kids under 6 and $3000 a year to those with kids ages 6 to 18. The cutoff at which the benefit would start to decrease would be lower than in Romney’s plan: only single parents making less than $75,000 and couples making less than $150,000 would qualify for the full amount. While that outlay is technically a tax credit—an increase in the ones that already exist—in practice, it’s a check that lands in the bank every month. So even those families who don’t make enough to pay Uncle Sam would get a monthly check from the IRS and not have to pay it back. Under this plan, TANF and the EITC would be beefed up rather than thinned out.

The Biden proposal, which is estimated to cost $120 billion, would initially to be put in place for a year, starting July. But some Democrats are hoping to make it permanent and reintroduced a bill to that effect on Feb. 9. (Biden’s scheme, part of the Administration’s coronavirus rescue plan, drew on many of its approaches.)

Conservative and progressive policy experts were unusually sunny in their responses to both the Romney and Biden proposals, relieved that both sides of the increasingly bisected political aisle were giving meaningful attention to impoverished children, and that there was perhaps at last the prospect of some bipartisan federal poverty initiatives. Each side, of course, had reservations. Conservatives worry that both plans make it less likely that people will seek work and thus less likely that they will find a long term path out of poverty. Progressives worry that neither proposal is ambitious enough to address the enormity of the problem. Biden’s plan offers increased aid for just one year, and Romney’s plan cuts too much else.

“One of the things that’s most exciting to me about both [proposals] is that additional $600 benefit for families with young children,” says Alexandra Cawthorne Gaines, vice president of the Poverty to Prosperity Program at the Center for American Progress, a progressive policy organization. “Those families with very young children tend to be the ones that have the most costs and are the most economically vulnerable.” Often these are the parents who are not as far along with their careers and have fewer savings. Their childcare costs are heavier because their children are not yet in school and the cost of such necessary items as diapers, wipes or formula, can mount up. Deprivation in the early years has also been shown to have negative effects on children that are hard to fix well into their later years. And yet currently, young kids get the same amount of financial help as older ones. Having the checks paid monthly rather than yearly is also helpful, because it means parents won’t have to ring up expensive debt while waiting for an annual check.

Cawthorne Gaines is less worried about the disincentive to work because she believes the benefits of the extra cash will have a long tail: “There has been research that has shown that a $3,000 increase—which this essentially is at a minimum—in a family’s income is correlated with a 19% increase in earnings for their children,” she says. This may help pay for the program even without the cuts Romney is proposing. “In the long term,” she says, “you can argue that that we would essentially be reducing the budget, because we may see less dependency on safety net programs across generations.” In the meantime, she notes, “both plans actually have the potential to cut child poverty in half, which is helping millions of families, particularly those with young children. This is tangible action that will have an effect.”

For Angela Rachidi, a poverty expert at the conservative American Enterprise Institute, both the Romney and Biden plans, while welcome, do not do enough to give people a sustainable future. “I give both sides credit for thinking through how we can get more resources into low-income households,” she says, but in her opinion they’re not thought-through enough. Referring to the payment program that existed before Bill Clinton’s welfare reform, she says, “it feels like a return to that kind of a system where single mothers might receive a check from the government that maybe puts them closer to the poverty line or maybe even slightly above the poverty line. But it doesn’t do anything to address the underlying issues that those families have in terms of not having the skills they need to be successful in the labor market.”

Rachidi, who worked for 10 years at the Department of Social Services in New York City, slightly prefers the Romney plan because it addresses the so-called marriage penalty, in which tax breaks are available to two single parents with children, but not to those same two people if they got married and combined their incomes. But, like Cawthorne Gaines, she’s also not a fan of abolishing the EITC and TANF, because those programs provide more than just cash. “Families need more than just a check from the government,” says Rachid. “They need supports. They need job training, they need skill building. I think we can relook at the support system that’s available for those families and make it better and more effective for them.”

Finally, Rachidi is concerned that some high-earning parents will receives benefits they don’t need. “If you are going to spend that kind of money, I would prefer to see that focused primarily on low-income families,” she says.

Policy wonks can talk about history and cite all the studies they want, but for some people, this is not remotely theoretical. Mercedes Holmes, 33, a mother of three in Detroit, has relied on public assistance since her three children, aged 8, to 13, were born. “I definitely think it will help,” she says of the $900 monthly payment she would receive under each plan. “Of course, it takes much more than that to take care of a child. But everything counts, everything adds up.” Holmes, however, would not swap TANF for more money on a monthly basis. Because Michigan does not allow parents to receive TANF cash assistance for more than four years, she no longer directly benefits from the program. But its policy of tying payment to work training put her on the path to getting a $14 an hour customer service job that she can do from home rather than her $8 an hour job at Arby’s six years ago.

Romney’s proposed shrinking of SNAP, the Supplementary Nutritional Assistance Program which helps low-income families buy food might also materially affect Holmes, who relies on that, as well as housing assistance, Medicaid and the programs of several other not-for-profit organizations to keep her family fed and housed.

The director of one of those organizations, Courtney Smith of the Detroit Phoenix Center, prefers the Biden plan because, she says, it get closer to meeting the wide array of her clients’ needs. But she’s dubious that a one year program will make any difference. “What we see on a daily basis,” she says, “makes me believe that the longevity of program is really important.” 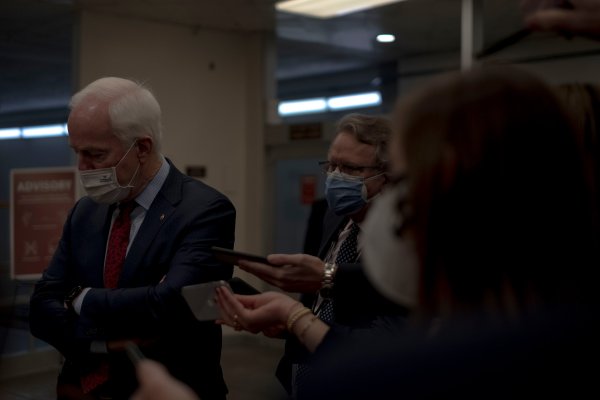