An Iranian boy holds a flag with a portrait of the former Iranian commander of the Islamic Revolutionary Guard Corps (IRGC) Quds Force, General Qasem Soleimani during a rally in Tehran to commemorate the 42nd Victory anniversary of the Islamic Revolution on Feb. 10, 2021
Morteza Nikoubazl—NurPhoto via Getty Images
Ideas
By Saeid Golkar and Kasra Aarabi
Saeid Golkar is a Senior Fellow at the Tony Blair Institute for Global Change and an Assistant Professor in the Department of Political Science and Public Service at the University of Tennessee at Chattanooga.
Kasra Aarabi is a senior analyst at the Tony Blair Institute for Global Change who specialises in Iran and Shia Islamist extremism

Like his six predecessors as president, Joe Biden enters office with the challenge posed by Iran’s regime high on his to-do list. Putting partisanship aside, as far as leverage against Tehran is concerned, the incoming administration has inherited a powerful hand from its predecessor, with the Islamic Republic’s economy already under huge pressure due to U.S. sanctions. Moving forward, speculation now centres on when and how Biden should re-engage Tehran, and if any concessions can be obtained beyond the nuclear issue.

Yet there can be no turning the clock back to 2015 when the nuclear deal was signed between world powers and the Islamic Republic. Since then, Iran has changed internally, and its place in the region is very different. Key to these changes is the increased power of the Islamic Revolutionary Guard Corps (IRGC), the clerical regime’s ideological armed wing which, as our new report for the Tony Blair Institute for Global Change shows, has become more influential in shaping and implementing the Islamic Republic’s security, military, and foreign policies, enforcing what we call its “militia doctrine.”

Often seen as part of the Iranian deep state, the Revolutionary Guard is increasingly transitioning to the state itself. IRGC-affiliated candidates are well placed to take the presidency in June and whoever succeeds ageing Ayatollah Khamenei as supreme leader will need the IRGC more than ever to maintain power.

Outside of Iran, the Revolutionary Guard has strengthened its grip throughout the Middle East through its network of militias. Since its inception, the IRGC has nurtured militancy and supported a range of paramilitary groups. Within these, our report reveals that it is the militias that it has manufactured itself that are now the fastest growing and pose the greatest threat to regional stability. A decade on from the 2011 Arab Spring these manufactured militias now cover a landmass stretching from Lebanon through to Yemen.

And contrary to conventional opinion, their purpose is not simply to serve the Iranian state’s defense. The West has tended to see the Revolutionary Guard and its militia network primarily as Iran’s deterrent from external threats. If the U.S. and its allies de-escalate with the Islamic Republic, the thinking goes, the IRGC will scale back its regional activities. Yet its actions and its indoctrination programme make clear this perception is flawed.

In fact, the Revolutionary Guard and the militias it has manufactured reject the very premise of the nation-state, something they regard as a Western construct. Instead, they have been indoctrinated to see the world through the prism of the “Imam and Ummah”—a Shia Islamist ideal of an Islamic state whereby only the 12 divinely ordained Shia imams, the descendants of the Prophet Mohammad, can be the legitimate rulers with absolute authority over Muslim communities (Ummah). Under this worldview, Iran’s supreme leader acts as God’s representative on earth, with a divine mandate over all Muslims worldwide.

Since 1979, both of Iran’s supreme leaders—Khomeini and Khamenei—have interpreted this concept to pursue militancy on the basis of three core ideological objectives: exporting the Islamic Revolution, supporting Islamist and anti-Western movements, and eradicating Israel.

Today, the militias the Revolutionary Guard has manufactured consist of young, radicalised Shia men whose primary objectives are creating a pan-Shia state centred on Ayatollah Khamenei’s leadership. These ‘gold standard’ militias not only receive arms, training and funds from the IRGC, but Tehran has spent a significant amount of time and capital to recruit and radicalize their fighters. Lebanese Hizbullah, for example, is fully aligned with the Islamic Republic’s vision, accepting of its absolute authority over the Shia world, and dedicated to the overthrow of its enemies in the West and in Israel.

The Revolutionary Guard works in collaboration with the Islamic Republic’s soft-power organizations to indoctrinate them with the clerical regime’s extremist Shia Islamist ideology. Our report details how Tehran’s educational, cultural, humanitarian and diplomatic agencies are complicit in this militancy and ensure the long-term survival of the ideas and worldview that underpin it. Among other apparently legitimate bodies, the Imam Khomeini Relief Foundation, Iran’s Red Crescent Society and Al-Mustafa International University all host IRGC-affiliated personnel.

To understand Iran’s regional activity, it is vital to understand the ideological nature of the Revolutionary Guard. Forcing Tehran to scale back its militia activity will require more sophisticated responses than a flexing of sanctions in order to reward or punish the Islamic Republic’s compliance with international accords, not least because as the Guard takes over state institutions, there is a higher chance sanctions relief will enrich its pockets.

As the Biden administration begins the hard work of forging a new U.S. policy towards Iran, it must consider that countering Tehran’s militia network will require a hearts-and-minds counterinsurgency approach. As well as contesting the IRGC’s hard-power militia assets, the Biden administration must work to dismantle the soft-power infrastructure Iran has built to sustain these groups.

The future of the Islamic Republic very much remains in the hands of the Revolutionary Guard. This reality on the Iranian ground cannot be ignored before the West reaches out to Tehran. 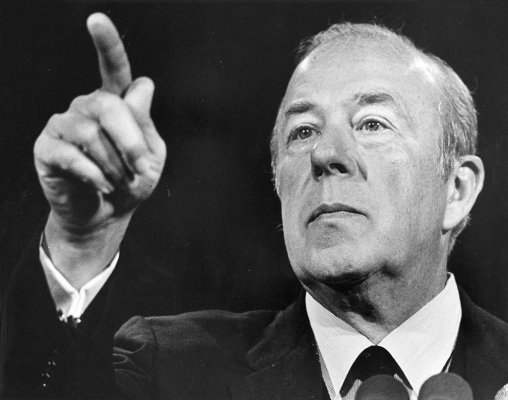 America Is Strongest When We Unite Realism and Human Rights
Next Up: Editor's Pick