The Pandemic Super Bowl, Naturally, Was Rough To Watch

Before Super Bowl LV on Sunday evening, President Joe Biden and First Lady Jill Biden called for a moment of silence to honor the more than 440,000 Americans who have died of COVID-19. While they struck the right tone in thanking health care workers and honoring those we’ve lost, that the President and First Lady of the United States were also compelled—on a Super Bowl broadcast—to memorialize so many taken by a horrible disease, was a scene both poignant and unimaginable.

The CBS broadcast of the game then cut to the sidelines of Raymond James Stadium in Tampa, Fla., where viewers heard cheering crowd noise: there were nearly 25,000 fans, including some 7,500 vaccinated health care workers, in attendance. This awkward transition was followed by an NFL promo in which an actor playing Vince Lombardi walked through the streets of America, delivering inspirational words. “The road has been rough, the load, heavy,” he said as a pair of distraught health care workers shared a hug. At the end, a holographic version of Lombardi gave a speech on the stadium scoreboard.

It all felt weird. Despite the best efforts of all involved, from players to TV producers, things were off all night.

At the top of the show, CBS play-by-play man Jim Nantz talked about how we “unify” to watch the Super Bowl; a Jeep commercial, starring a brooding Bruce Springsteen, labeled America the “Reunited States of America.” Nantz also noted that a trio of heroic Capitol police officers, and the family of slain officer Brian Sicknick, were guests at the game. But no single game can serve as a panacea for what ails the nation. And rather than joining with friends around plates of nachos at Super Bowl soirées, so many people watched the game in isolation.

Something everyone can agree on: the game failed to live up to expectations. The Tampa Bay Buccaneers walloped the Kansas City Chiefs, 31-9, to give 43-year-old Tampa Bay quarterback Tom Brady, in his first season playing in Florida, his seventh career Super Bowl title. The ageless Brady, who also won his fifth Super Bowl MVP award, was brilliant, especially in the first half when he completed 16 of 20 passes for 140 yards and three touchdowns, giving the Bucs a 21-6 lead (Brady finished 21-29 with 201 yards and zero interceptions).

Many pundits saw this game as a passing of the torch. Kansas City quarterback Patrick Mahomes, aged just 25 and winning his first Super Bowl a year ago, is Brady’s clear heir apparent. Watching him play is a usually joy, but this time his game was a nightmare. The high-octane Chiefs failed to score a touchdown, and Mahomes finished 26-49, with 270 yards and two interceptions. Tampa Bay deserves full credit for its defensive game plan: Mahomes rarely found open receivers all night, and the Buccaneers’ pass rush had him consistently running for his life.

But the Chiefs also stank. Mental errors tainted their effort. In the first half, the Chiefs were whistled for eight penalties, costing them 95 yards; the Bucs had just one penalty for five yards. It seemed every time Mahomes tried to work his magic, eluding defenders, making his signature sidearm throws on the run, KC receivers would drop the ball.

So Mahomes will have to wait for his coronation. Brady is breaking meanwhile barriers—he’s now won more Super Bowls after his 37th birthday than he had before it. He said he’ll be back for a 22nd season.

As the clock wound down, Nantz noted that the Tampa Bay’s celebration would last “well into the morning.” Maybe that’s true for the team, but for viewers this game was a muted party. Let’s hope for a return to Super Bowl spectacle in the years ahead. 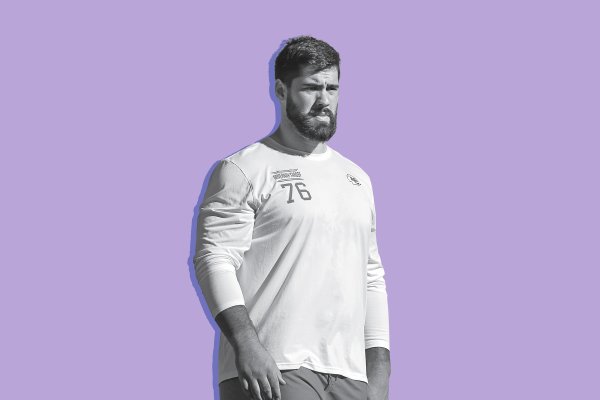