The U.S. Military Needs to Fight Extremism in Its Own Ranks. Here's How

Members of the US National Guard arrive at the US Capitol on January 12, 2021 in Washington, DC. - The Pentagon is deploying as many as 15,000 National Guard troops to protect Biden's inauguration on January 20, amid fears of new violence.
AFP via Getty Images
Ideas
By James Stavridis
Admiral Stavridis (Ret.) was the 16th Supreme Allied Commander at NATO and is an Operating Executive at The Carlyle Group. His latest book is Sailing True North: Ten Admirals and the Voyage of Character

The storming of the U.S. Capitol on January 6 was notable for a variety of reasons, but what stood out for me as a retired senior officer of the armed forces was the obvious influence of military tactics, techniques, and procedures so visible in the events of that terrible day.

As the massive and ongoing FBI investigation has shown, veterans (and most shockingly, some active duty) members of the armed services were deeply involved at a level well above their numbers in the general population. Active duty and veterans make up about 7% of the U.S. population, and so far about 14% of the targets of the investigation arrested and charged have a military background. Since you would hope and expect that number to be essentially zero—this is a cadre of U.S. citizens who at one point swore to defend the Constitution—those results ought to deeply disturb us. Of note, the majority of the rioters with military backgrounds were veterans, not active duty, meaning they were not under the supervision of the Department of Defense.

The evidence in the videos and images is quite clear. Many of the commands verbalized by the rioters to each other (“cover down,” “flank them,” “do a reconnaissance,” “we are in”) were drawn straight from Army and Marine Corps small tactical maneuver doctrine. The perpetrators used military terminology in much of their commentary to each other, including set phrases common in the military, and some wore garments that were highly “tactical,” from combat boots to zip ties to helmets, showing (in their mind) likely allegiance to the military training and culture they claim.

After the fact, I am less shocked, sadly. Over the past decade, as social networks have given us such profound visibility into each other’s lives, I’ve often seen the Facebook posts, tweets, and public commentary from former members of the armed forces and some on active duty that presaged all of this. Most troubling has been the well documented numbers of active duty and veterans that have emerged as members and leaders in white supremacy organizations. Until the Jan. 6 attack I dismissed it as a fringe element, or “blowing off steam,” or the unfortunate result of our current politics of anger and divisiveness. Along with other senior officers and civilians, I didn’t realize the extent of the problem. I simply never could have pictured the solid, stoic, patriotic men and women I served alongside—like the special forces that guarded me and my family for seven years—joining a mob to storm the Capitol.

How did we get here, and what must be done?

The military is a huge organization, of course. There are 1.3 million active duty members and roughly 18 million veterans. Contrary to what some may believe, it is a serious challenge to enlist. High standards for mental acuity, high school graduation, physical fitness, freedom from drug and alcohol abuse mean that only the top 25% of high school graduates have a shot at joining the all-volunteer forces. But just because they have made into the ranks doesn’t mean they can’t radicalize. And the sheer size of the force means there will certainly be some small number of white supremacists, racists, and extremists who could be convinced to betray their oaths.

Indeed, a recent poll by the Military Times found roughly 35% of active-duty members have seen during their service signs of racism or white supremacy.

The first line of defense is the message from the top. Our most senior leaders in uniform, the Generals and Admirals, have to own this problem. In their speeches, written communications, and social media sites, they have to acknowledge the problems and encourage the force to stand together in rooting this out.

Another important point of engagement is in the recruiter’s office. In this highly connected world, our military recruiters have access to a wide range of screening tools to discern the background of all applicants. But using normal search functions is only the beginning. Requiring access to a recruit’s social media is a good policy tool. And the Department of Defense should partner with industry—to include social media firms, search firms, job market software applications—to obtain the most sophisticated tools. As banal as it seems, recruits should be carefully scrutinized for gang tattoos, especially those associated with Nazi and white supremacy groups.

Once people are part of the service, our leadership must be ruthless in discipling and expelling those who drift in this direction. To do so, they need use military police and the service investigative services (NCIS, for example) to discover those in the ranks who are already involved. Social network posts must be examined, and not just “mainstream” ones like Facebook and Twitter. The pantheon of white supremacy, neo-Nazi, racist sites is unfortunately rich. The Department of Defense must pursue those members who traffic in such sites aggressively, and the Uniformed Code of Military Justice provides the tools to do so. What is needed is better technology to search, identify, and charge violators, and individual bases and units should set up task forces to address this with local law enforcement.

Education and peer pressure within the ranks can be a powerful force as well. Military education must be about more than how to effectively apply lethal force and undertake combat operations. This means increasing the emphasis on what motivated these men and women to join in the first place through seminars, webinars, small group chat sessions, and large lectures at the service academies, war colleges, and recruit installations.

One critical aspect of this educational push is teaching the members of the military how to discern what is accurate on the internet and what is disinformation (deliberately false) and misinformation (mistaken). Most dangerously, the disinformation often contains a grain of truth to make it more believable. The 18-year old recruits have, on average, had a smart phone in their hands for roughly seven years. Yet few have been taught how to differentiate between the streams to information to understand when and how they are being lied to and manipulated. Doing so is a teachable skill and, ironically, there is plenty of information on the web about it that could credibly form the basis of a curriculum for the military.

Part of the key to understanding this element in the military is to look at what motivates individuals to join in the first place. Most self-identify with what sociologist Jane Jacobs in “Systems of Survival” described as part of the “guardian culture” of a society. Her studies showed that segments of a society’s adult members want to protect and guide others. Police, firefighters, civil servants, and military members are exemplars of this quality. While admirable when channeled appropriately, this tendency can—when run through poisonous political and racial filters—lead to toxic behaviors. The vast majority joined the military for the right reasons, but even as extremism rises in society broadly, it will rise in the military. Facing the reality of that is crucial, and dealing with it proactively will require modeling the right behavior from the very top alongside new modalities of technology and education. 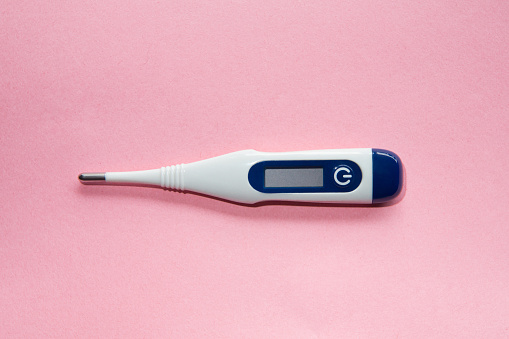