The Public Trusts Businesses Over Government to Solve Our Problems. But We Need Both to Try

Smoke rises from an illegally lit fire in Amazon rainforest reserve, south of Novo Progresso in Para state, Brazil, on Aug. 15, 2020
Carl da Souza—AFP via Getty Images
Ideas
By Colin Mayer
Colin Mayer is Professor of Management at Oxford’s Saïd Business School & academic lead of the British Academy’s research into the future of the corporation

“Economics is a discipline that shapes decisions of the utmost consequence, and so matters to us all”, David Attenborough writes in a major new review into the relationship between economics and the natural environment, published on Tuesday. The author of the review, economist Prof. Sir Partha Dasgupta, says, “Nature is our home. Good economics demands we manage it better.”

It’s yet more evidence that business and finance need to be at the heart of society’s efforts to tackle climate change. This means ensuring that businesses solve, rather than create problems for the environment. Many of us are looking to them to do so. Two-thirds of respondents to the 2021 Edelman Trust Barometer, one of the largest global surveys of trust, believe that business should fill the void left by government when it comes to solving problems.

At first, this finding sounds odd. Businesses are unelected and do not have a legitimate mandate to solve problems. They are interested in making money, which can come from creating problems as well as solving them — from climate change to inequality. Communities, societies and civil society have understandably been outraged by the egregious salaries paid to executives, the massive accumulation of wealth in the hands of the owners of business, and the failure of business to pay its fair share of taxes. Many have called for the imposition and enforcement of more stringent and onerous regulation and taxation.

Nevertheless, surveys regularly report that trust in business is greater than that in government. Edelman also found more people trust businesses than they do NGOs, and business leaders are held in higher esteem than political leaders.

This trend has been encouraged by the emergence of the universal owner. Until the turn of the millennium, when people bought shares in companies, they typically did so in a relatively small number of firms. Mutual funds and pension funds grew in significance as forms in which people invested across larger numbers of companies, but those still tended to be domestic rather than foreign firms.

Since the beginning of the 21st century, people have been able to invest more easily and cheaply in global portfolios of companies across the world, in particular though index funds. As a consequence, many people now hold portfolios of shares that are diversified globally through investment management firms, such as Blackrock, Fidelity and Vanguard.

That means shareholders are often less interested in how individual companies perform than in how companies as a whole behave around the world. How BT performs against Vodafone, for example, matters less to investors than how industry in general is adapting to universal, global risks such as climate change, pandemics, social and political unrest. In its recent letter to clients, Blackrock notes that it is now reporting the proportion of its assets under management that are aligned with net zero greenhouse gas emissions by 2030. Investors want business to solve, not exacerbate, problems.

And they’re in it for the long term. While investors in global portfolios of shares are looking at returns over many years, governments are restricted to elected terms of office and beholden to electorates. As a consequence, too many focus on comparatively parochial, short-term concerns over global problems.

In essence, the conventional association of the private sector with short-term, private interests and the public sector with long-term public welfare has begun to turn on its head. We’re moving toward a world where the private sector is the custodian of our long-term global interests and the public sector engages with more immediate local and national concerns.

But we’re not there yet. Instead, we are falling between two stools, with the public sector forgoing its broader societal function and the private sector only beginning to assume the mantle.

This situation can improve. Businesses are beginning to realize that it can be commercially beneficial for them to address societal issues because the risks of failing to do so are those of greater environmental, social and political disturbances – precisely the concerns of their investors.

Surveys suggest business leaders have the public’s trust. Now, it is critical that they and institutional investors act to earn it — by recognizing their responsibilities as well as their rights as leaders and owners. As the British Academy’s Future of the Corporation programme describes, those responsibilities relate to businesses’ roles in solving societal and environmental problems as well as making money.

They must also realize they cannot do it alone. Business needs to work in conjunction with government because, as the pandemic has illustrated all too clearly, when it comes to a global crisis, they depend on governments with their powers of monetary creation and taxation to bail them out. And they require supportive legislation as, for example, advocated by Share Action in promoting responsible institutional investment.

Businesses cannot solve global problems on their own but nor too can governments. If either or both fail to recognize this then a combination of demagogues, political activists and regulators will rush in to fill the vacuum that capitalism and democracy have left behind. 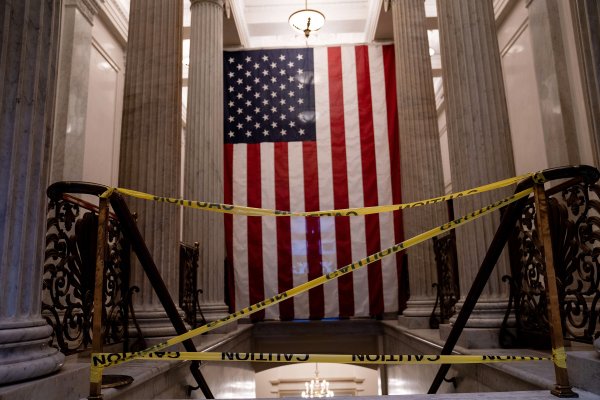 Why America Needs to Restore Moral Leadership
Next Up: Editor's Pick