The Environmental Challenges of China's Recovery After COVID-19

SHANGHAI, CHINA - DECEMBER 24, 2020 - The Bund is flooded by polluted weather in Shanghai, Dec. 24, 2020. Shanghai's air quality was severely polluted that day due to pollution from upstream, according to the city's official news release.- PHOTOGRAPH BY Costfoto / Barcroft Studios / Future Publishing
Costfoto/Barcroft Media via Getty Images
Ideas
By Yanzhong Huang
Huang, a senior fellow for global health at the Council on Foreign Relations and a professor at Seton Hall University’s School of Diplomacy and International Relations, is the author of Toxic Politics: China’s Environmental Health Crisis and its Challenge to the Chinese State.

There is a Chinese saying, “misfortune is a blessing in disguises.” Being the first country to be hit by the COVID-19 outbreak, China is also among the first economies that are recovering rapidly from the outbreak. Beating pessimistic forecast, Beijing expanded its economy by 2.3 percent in 2020, making it the only major economy registering positive growth last year.

What is also rebounding is its air pollution level. According to Finland-based Centre for Research on Energy and Clean Air (CREA), by early May levels of concentration of air pollutants – PM2.5, NO2, SO2 and ozone – all returned to or exceeding the monthly levels recorded the previous year. In October, PM2.5 concentrations in the Beijing-Tianjin-Hebei region, the China-equivalent to Germany’s densely packed Ruhr region, saw an increase of 15.6 percent over the same month last year, raising concerns that the region risks falling short of its winter pollution control targets.

To the extent that the coronavirus lockdown reduced traffic and economic activities, it is no surprise that China saw the rebound of emissions from power plants, industry and transport as the lockdown was lifted and economic activity and industrial production resumed. But the return to air pollution in China threatens to reverse past gains of pollution control in the world’s largest emitter. Prior to the outbreak, the improvement in air quality achieved by sweeping air quality control measures was already being offset by the rapid increase in the production and consumption of steel and coal since 2017. According to an analysis of PM2.5 data in 15 major Chinese cities, conducted by an Asia-based social enterprise Smart Air, PM2.5 concentration level increased in more than half of the cities in 2019.

Herein lies the quandary for Chinese leaders: despite party leaders’ proclaimed strong commitment to pollution control, they cannot resist the urge to pursue robust economic growth in order to ensure employment and maintain sociopolitical stability. Yet under China’s existing industrial structure, which relies on energy-driven heavy industry to generate growth, this effort is bound to undermine pollution control efforts. In 2019, more than 66 percent of the electricity in China was generated using coal power, which is a leading contributor to air pollution in China. Convinced that high economic growth ultimately leads to environmental improvements, some Chinese elites insist that economic development is a sine qua non for solving the country’s environmental problems. Justin Yifu Lin, a renowned government economist in China, even argued that economic growth was not the primary factor behind China’s smog problem, and that China should speed up growth to fundamentally solve its environmental crisis. In September 2019, Premier Li Keqiang reaffirmed that economic development be taken as the central goal.

The post-COVID-19 economic recovery in China has only exacerbated the dilemma between environmental protection and economic growth. In order to get China’s economy back on track, Premier Li called for revitalizing “stall economy,” i.e., encouraging people to set up curbside stalls as full-time jobs. Yet these open-air street shops are also considered a “stumbling block” to China’s efforts to “win the blue sky war.” The debate placed Premier Li at odds with President Xi Jinping, who over the past years has led a clean air campaign against street vendors.

Unfortunately, the archaic governance structure in China does not help resolve this dilemma. When top leaders themselves disagree with each other on policy priorities, subordinates gain more leeway to exercise strategic disobedience or “buck-passing” – shirking their responsibilities in pollution control. A provincial leader recently asked local industries to “go all out to make up for the loss” incurred by the outbreak. A city party secretary of the eastern Jiangsu province urged local cadres to “accelerate economic growth with passion.” As GDP growth becomes a top priority, pollution control is on a back burner. The coal-fired capacity under construction and in planning in June 2020 saw a 21 percent increase over the end of 2019. The party boss of the Ministry of Ecology and Environment admitted that while the situation of environmental degradation remains grim in China, the urge to stimulate local economic growth only make it more difficult to sustain environmental protection efforts.

Inability to rein in pollution threatened to wear away the existing public health gains of pollution control. Air pollution alone caused more than 49,000 deaths in Beijing and Shanghai in the first half of the year, a figure that is ten time more than the official national coronavirus death toll (4,634). Since a primary cause of air pollution is the burning of fossil fuels, also considered a major contributor to climate change, massive stimulus measures from the government also cast doubts on China’s ability to achieve carbon neutrality by 2060.

Dirty economic recovery has profound implications for China’s future economic health as well. According to a report released by Greenpeace and CREA, in 2018, dirty air cost 6.6 percent of China’s GDP, compared to 5.4 percent for India and 3 percent for the United States. Pollution also reduces grain yield by severely impeding photosynthesis. A Chinese agriculture expert suggested that if smog persists at high levels, China’s agriculture sector would suffer conditions “somewhat similar to a nuclear winter.” As food security concerns mount in the country, China faces growing pressure to import more grain from world market. Pollution is also threatening China’s political stability. According to a Harvard survey conducted in 2016, one-third of respondents in China said they would petition or protest against air pollution had it negatively affected their own health or the health of their family members.

But the impact of air pollution is not going to be confined within China’s borders. Research suggested that air pollution from China contributes to up to 65 percent of the ozone increase in the Western United States. A Pew survey in March 2020 reveals that China’s impact on the global environment tops Americans’ list of concerns toward China. China’s failure to tackle such internal challenges may also prompt the state to act more aggressively on the foreign policy front to deflect domestic criticism in an attempt to shore up its political legitimacy. The end result could be a faltering China that is perhaps more dangerous than a rising one. 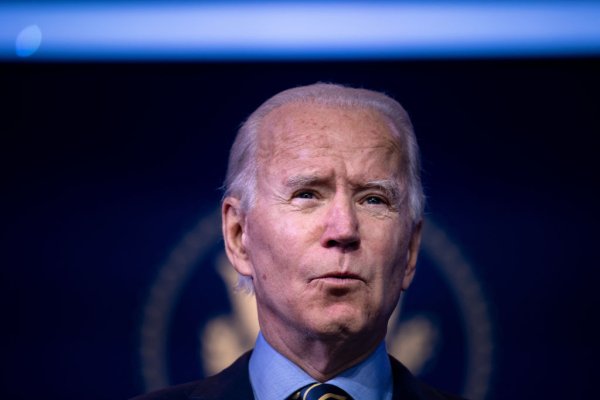