Working From Home Is Driving Up Our Energy Costs. Should Employers Foot the Bill?

If you’re one of the estimated 4.7 million Americans who shifted to remote work during the COVID-19 pandemic, you may have noticed an unexpected spike in your energy costs as you spend more time consuming power at home, rather than at the office. Prior to the pandemic, U.S. residential energy use was pretty predictable: electricity usage spiked as people woke up, decreased during working hours, and then rose again in the evening. Now, with many working remotely, residential energy usage rises later in the morning, but remains more consistent throughout the day. In a June 2020 report, the U.S. Energy Information Administration, a government statistics organization, estimated that residential energy use would rise by 20% over the second half of 2020, while industrial use would drop by 12%.

The result? “There have been some really significant increases in residential bills,” says Steve Cicala, an assistant professor of economics at Tufts University and a researcher at the National Bureau of Economic Research. “You can literally see from the amount of residential electricity being consumed from hour to hour of the week, that people are stuck at home.”

The largest increase in pandemic-era residential energy use came over the summer of last year, when remote workers were running their air conditioning to stay cool. “The total over that four-month period was $6 billion extra in residential electricity expenditures,” says Cicala. His October 2020 report on pandemic energy use, based on data from smart meters, found that industrial and commercial energy use dropped by about 15%, while residential energy consumption rose by 10%. On average, remote workers have seen a $40-50 monthly increase in their energy costs, according to Cicala’s research—or as much as $600 a year.

That shift in energy consumption has led some to argue that employers should subsidize their remote workers’ home energy bills. It’s hard to find fault with that argument. “When you were working in the actual office building, they’re responsible for taking care of the heat bills and the water bills,” says Rachael Kohl, a professor of law at the University of Michigan Law School. “They’re responsible for paying for…all these other supplies that you need there. So by moving people…home and closing down some of the physical locations of these offices, those expenses do get shifted to the employee.”

Cicala points out that while wealthier remote employees may be able to absorb the extra costs without much issue, they could be more of an issue for workers living paycheck to paycheck. And while there’s no available data on remote working energy use broken down by race, Cicala says Black and Hispanic families have struggled the most with paying their power bills overall throughout the pandemic—for example, up to 3% of Illinois residents in predominantly Black and Hispanic communities had their power disconnected for nonpayment compared to 1% of residents in other communities, according to data from ComEd and Ameren, the state’s largest electric utilities.

“When we talk about an overall increase in economic stress, you take that and recognize that it was already four times higher in black and Hispanic communities,” says Cicala. “It’s really disturbing levels of economic distress in these communities.”

No major companies have begun subsidizing remote workers’ energy costs, according to TIME’s research. In part, that may be because even today’s smart meters can’t track energy use by device, making it hard to know exactly how much to refund workers (though offering a lump sum based on increased year-over-year costs could solve that issue). Furthermore, many businesses are also struggling in the pandemic, and corporate leaders may not want to add another extra cost. And of course, people who work from home may be spending less on transportation, tolls and other commute-related expenses, potentially offsetting their increased energy costs.

Some companies are at least offering employees help in switching their residential power to renewable energy sources. Biotechnology company Biogen and financial giant Goldman Sachs, for example, are both working with alternative energy firm Arcadia to help employees switch their homes to wind or solar power. Alexa Minerva, Arcadia’s senior director of partnerships, says the offering is just one of many new kinds of employee benefits that may arise as work becomes more geographically flexible in the pandemic era and beyond, and perks like an office cafeteria become less of a draw. “It says something not just about…how you value a person, but it also says what you value as a company,” says Minerva. “It’s a great hiring strategy and retention tactic.” 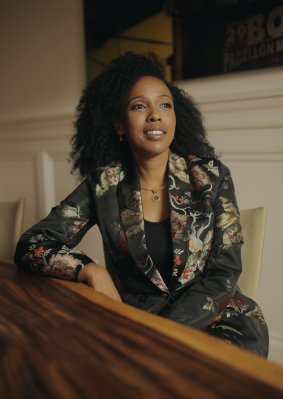 Sara Menker, CEO of Gro Intelligence, Believes Big Data Can Save Our Climate and Food Supply
Next Up: Editor's Pick