Twitter blocked access to accounts associated with farmers protesting against the Indian government on Monday, in a localized blackout of some 250 accounts and tweets.

The blocks, which only applied for viewers based in India, came after the Indian government hit Twitter with a legal demand.

One thing many of the accounts appeared to have in common: they had shared content that criticized the ruling Hindu-nationalist Bharatiya Janata Party (BJP) amid an ongoing protest movement by farmers, which has morphed into a wider threat to the government’s authority. Many of the blocked accounts had also used the false hashtag “ModiPlanningFarmerGenocide,” a reference to Prime Minister Narendra Modi.

After the blockages drew widespread condemnation online, Twitter said it had unblocked all the accounts late on Monday. According to Twitter, company representatives had met with Indian government officials to convey that the tweets constituted free speech and are newsworthy.

The blocks came days after peaceful protests in Delhi by farmers unhappy with government agricultural reforms turned violent for the first time on Jan. 26. Farmers used tractors to tear down police barricades, and videos of police attacking protesting farmers circulated on social media. At least one person was killed. A journalist reporting on the violence, Mandeep Punia, was also arrested at a protest site and charged with obstructing police, according to the Indian Express.

Read More: India’s Farmers Are Leading One of the Largest Protests Yet Against Modi’s Government. Here’s What They’re Fighting For

Among the users blocked by Twitter on Monday were Kisan Ekta Morcha (Farmers’ Unity Front), an account with 171,000 followers that represented the protesting farmers; Tractor to Twitter, another account with more than 42,000 followers that describes itself as “supporting protesting farmers on social media”; and MD Salim, a former lawmaker. Also blocked was The Caravan, a highly-respected investigative magazine that often publishes content critical of India’s Hindu nationalist government.

“This is a continuation of a larger degree of censorship which is taking place around the farmers’ protests in India,” Apar Gupta, the executive director of India’s Internet Freedom Foundation, tells TIME. “It shows that the government wants to control the narrative of electronic and digital media.”

The Indian government’s Ministry of Electronics and IT submitted a list of around 250 accounts and tweets that had allegedly used the “ModiPlanningFarmerGenocide” hashtag to Twitter, accusing the accounts of “making fake, intimidatory and provocative tweets,” according to a government memo shared with Indian journalists and seen by TIME. “Incitement to genocide is a grave threat to public order and therefore the Ministry of Electronics and IT (MEITY) ordered for blocking of these Twitter accounts and tweets,” the memo said. (The Indian government did not respond to requests for comment.)

“Many countries have laws that may apply to tweets and/or Twitter account content,” a Twitter spokesperson said in a statement before the accounts were restored on Monday, in response to a list of questions from TIME. “In our continuing effort to make our services available to people everywhere, if we receive a properly scoped request from an authorized entity, it may be necessary to withhold access to certain content in a particular country from time to time.” Even after Twitter said the tweets and accounts were reinstated, the company said the government’s legal demand was valid.

The legal demand from the Indian government put Twitter, which has employees based in the country, in a difficult position. On one hand, companies must comply with local laws in jurisdictions where they operate. But in many countries, authoritarian leaders use laws selectively to intimidate opposition voices, sometimes forcing tech companies that normally preach the value of free speech to play censor instead.

Read More: Big Tech’s Business Model Is a Threat to Democracy. Here’s How to Build a Fairer Digital Future

As anti-government protest movements have swelled in India over the last 14 months, the Indian government has increasingly sent legal demands to Twitter demanding content takedowns, according to Twitter’s most recent transparency report. Between January and June 2020, the most recent period for which data are available, Twitter received 2,768 legal demands to remove content in India—a more than 274% increase on the previous six months. Twitter complied with 13.8% of those requests, according to the report. India sends the fifth-highest number of takedown requests to Twitter of any country, the report says. (Japan, Russia, South Korea and Turkey are the top four.) India also led the world in government-targeted Internet shutdowns in 2020, with blockages (often targeted at sites of protest or insurgency) lasting nearly 9,000 hours and costing the economy an estimated $2.7 billion, according to research by Top10VPN.

And especially in India, a country with more than 500 million Internet users, (and more logging on for the first time every day,) the business incentives for social media companies to keep the government on-side are strong. Still, despite facing pressure from some authoritarian governments, social media companies also have an international reputation to protect. Twitter’s statement to TIME on Monday went on: “Transparency is vital to protecting freedom of expression.”

Yet Twitter would not respond on the record to questions about the detail of the legal requests it received in relation to the accounts that were blocked on Monday. According to India’s Internet Freedom Foundation (IFF), the law used by the Indian government calling on Twitter to block the tweets “prevent intermediaries like Twitter from disclosing any information about blocking of an account or tweet.”

“The confidentiality requirement…creates a bizarre situation where citizens have the right to challenge blocking of online content but they are unable to do so because they don’t have access to these legal orders.” the IFF said.

In addition, the laws place a high burden on tech companies to comply with government orders. “Twitter is not able to resist these demands from the government under existing legal regulations,” says Gupta, the IFF director. “If they do resist it, under the existing legal powers, they would arguably be liable for criminal prosecution under an offense for which jail terms on conviction extend towards seven years.”

At the same time as India’s ruling BJP mobilizes national law to apparently crack down on critics’ use of Twitter, the party and its supporters have long themselves used social media platforms as key tools for disseminating disinformation, mounting harassment campaigns, and spreading hate speech. According to the 2016 book I am a Troll by Swati Chaturvedi, disinformation and harassment campaigns are coordinated by senior party officials who share talking points with vocal supporters, who then tweet them out on their personal accounts.

In April 2020, as COVID-19 began spreading in India, the hashtag “CoronaJihad” trended on Twitter, appearing at least 165 million times on the site in a matter of days, according to data shared with TIME by the NGO Equality Labs. The hashtag was part of a disinformation campaign seeking to blame Muslims for the spread of COVID-19 in India. Twitter said it was “committed to protect and serve the public conversation” at the time, and began removing tweets. But the Indian government took no legal action against the accounts spreading the conspiracy theory. 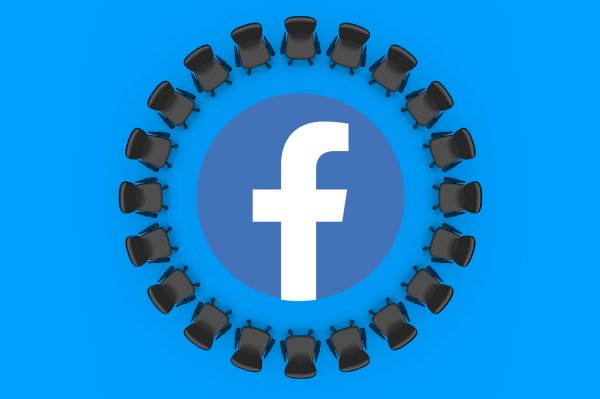 What Facebook's Oversight Board Means for Big Tech
Next Up: Editor's Pick