On Jan. 26, the President outlined the first three steps his team will take as part of a National Action Strategy for responding to the pandemic. First, the Administration will increase minimum weekly shipments of vaccines to states to 10 million doses, from the current 8.6 million. Next, Biden guaranteed these shipment numbers for the next three weeks, which allows states to plan out for the next month how many people they can vaccinate. (Uncertainty about the number of doses they were receiving with each shipment was a big complaint during the first weeks of the rollout under the Trump Administration’s’ Operation Warp Speed.) Finally, the federal government purchased 200 million additional doses of vaccines from Moderna and Pfizer-BioNTech, ensuring the government has enough to inoculate the entire American public with two doses by the end of the summer—whether or not any other vaccines are approved in the interim.

The day after this announcement, the federal government’s COVID-19 response team held its first press briefing, attended virtually by Dr. Anthony Fauci, director of the National Institute of Allergy and Infectious Diseases, and chief medical advisor to the president; Dr. Rochelle Walensky, director of the Centers for Disease Control and Prevention; Dr. Marcella Nunez-Smith, chair of the COVID-19 Health Equity Task Force; Andy Slavitt, senior advisor to the White House COVID-19 response team; and Jeff Zients, White House COVID-19 response coordinator. The group provided updates on the state of the vaccine rollout, with Slavitt noting that the scientists—Fauci, Walneksy and Nunez-Smith—intentionally provided updates on the data and science of emerging mutant viruses first.

“It was just refreshing to have a press conference in which the discussion was based on evidence, and we didn’t hear any outrageous things,” says Dr. Carlos del Rio, executive associate dean of Emory School of Medicine, who listened to the briefing.

During his presentation, Slavitt noted that the Biden administration did not inherit a “fully developed strategy or infrastructure to make vaccines readily available to Americans as quickly as they need to be.” That’s already changing, he said, as this week, thanks to the team’s new actions, the federal government shipped 1 million vaccines on average a day, the necessary target to meet the President’s goal of vaccinating 100 million people in his first 100 days in office.

Slavitt also said the Federal Emergency Management Agency committed $1 billion to support state vaccination sites, including mobile sites to help reach more people in the current priority groups who are either reticent to come to hospitals or have difficulty reaching them. That includes addressing current inequities in health care access that are having particularly devastating effects on people of certain racial and ethnic backgrounds, who have been disproportionately affected by COVID-19. Nunez-Smith said members of her task force, whose job it is to advise about the best ways to address these disparities, especially with respect to vaccination, will be formed soon. “We cannot beat the pandemic without making sure we execute a plan that reaches all communities,” she said.

The U.S. Centers for Disease Control and Prevention (CDC) is integral to success on that front. Walensky, Biden’s new pick to head the nation’s public health organization, summarized the sobering COVID-19 situation in the U.S. and the urgent need to vaccinate the public: though most of the major metrics—daily infections, hospitalizations and deaths—have been decreasing recently, she said, “expanding safe and effective vaccination is the key to ending the COVID-19 pandemic and bringing our country back to health.”

That, she noted, does not mean following in the footsteps of the U.K., where health officials recently decided to delay the second dose of the current two-dose vaccines in order to get more people their first shot. Instead, Walensky reiterated CDC advice that people get their second dose 21 or 28 days after their first if it’s the Pfizer-BioNTech or Moderna vaccine, respectively. CDC also strongly recommends that people not mix and match vaccines from the two companies.

Fauci provided a deeper look at the latest understanding of the three SARS-CoV-2 mutations that have been of concern of late—first reported in the U.K., South Africa and Brazil, respectively, and have all since been found in U.S. patients. In a study published on biorxiv, a pre-print server that releases scientific studies before they are peer reviewed, vaccine-maker Moderna and its collaborators at the U.S. National Institute of Allergy and Infectious Diseases reported that after testing antibodies generated by people vaccinated with its shot, it was confident that its vaccine protected against the U.K. and South African variants. The level of viral neutralizing activity was slightly lower against the South African version, but, as Fauci noted, “It is still well within the cushion of protection. You could diminish vaccine induced antibody efficacy by a few fold and still be well within the protective range with the vaccine.” Researchers are still studying the Brazilian variant, which was identified more recently, and don’t know yet how strongly immune responses to that mutant are.

The more worrying problem these mutants pose, Fauci said, is that they may reduce the efficacy of drug treatments targeted at neutralizing the virus. The South African strain in particular has changes in areas that current drugs target, so scientists are keeping a close watch. Walensky said the CDC is relying on additional funding from Congress through Biden’s American Rescue Plan, an economic stimulus, to expand current genetic sequencing efforts on a national scale. “We will need access to more resources to do the amount of sequencing and surveillance needed to detect when these variants first start to emerge,” she said. Zients noted that “We are 43rd in the world in genomic sequencing, and that is totally unacceptable.”

For now, the National Institutes of Health and the CDC are collaborating to conduct studies to better understand what genetic changes in the COVID-19 virus actually mean, including whether they have an effect on spreading more easily among people, or causing more severe disease. “All of that work is going on in real time literally as we speak,” said Fauci. Depending on the results of those studies, government researchers are ready to work with vaccine makers to adjust the vaccines if needed, or develop entirely new ones—something that Moderna president Dr. Stephen Hoge told TIME the company is already doing. 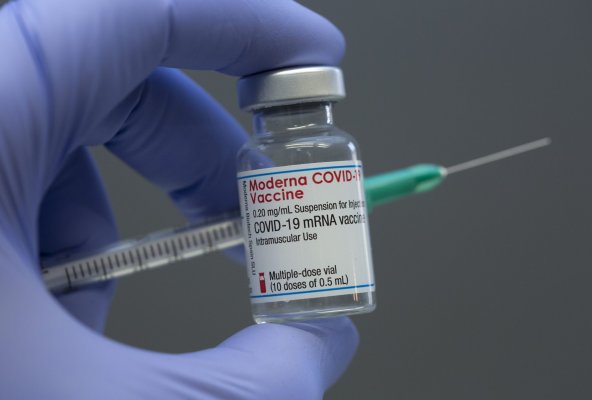