America's Tech Giants Need to Regain Trust to Help the U.S. Compete With China. Here’s How

The logos of Google, Apple, Facebook, Amazon and Microsoft displayed on a mobile phone
Justin Tallis—AFP via Getty Images
Ideas
By Sid Mohasseb
Sid Mohasseb is Adjunct Professor in Dynamic Data-Driven Strategy at the University of Southern California and is former National Strategic Innovation Leader for Strategy at KPMG. He is the author of The Caterpillar’s Edge (2017) and You are not Them (2021)

There is a trust gap between Big Tech, the government and the population. Lawmakers in the U.S. and Europe are considering ways to rein in social media platforms where disinformation thrives. And ever since the Cambridge Analytica scandal, people have been waking up to how their data is used. Plenty feel that governments—to say nothing of private corporations—have no right to know about our private lives and are electing to withhold data wherever they can (even though that data is typically anonymized and treated as algorithmic raw material rather than personal information).

This lack of trust translates into a lack of critical data infrastructure and sharing. But if America is to remain competitive in the 21st century, it needs needs more, and higher quality data — the raw material for Artificial Intelligence. Without it, we’ll fall even further behind China, the undisputed leader in the contest for AI.

To achieve Chinese levels of digital sophistication, while respecting democratic norms and free market liberties, we need a new relationship between Big Tech and its users. A relationship built on mutual cooperation, revenue sharing and a shared purpose.

To begin with, citizens must be shown the potential benefits of sharing data and fuelling AI. Corporations and government need to work together to highlight benefits that are more significant than personalized shopping ads, and more long-term than the pandemic response.

Benefits like the statistical modelling that has led to the early identification of breast cancer risk and saved countless lives, for example. The big data and machine learning has been shown to spot likely terrorist attacks before they happen. Whether the threat is breast cancer or a suicide bomber, data and AI can save your life. And it can save America from decline.

But sharing the benefits is not enough. The profits must be shared too. We need to find an economic model that engages the user in an open, transparent and consensual trade.

Data is a hugely valuable asset that we are all generating everytime we perform a digital action. The combined revenue of Facebook, Google and Tencent in 2018 was $236 billion. Big Tech has profited from brokering the data we have created to third-parties, and for too long they have hoped we wouldn’t find out or that we wouldn’t care. We did, and we do. It is understandable that we feel short-changed.

Users need to view their data as a privately-owned asset that they are monetizing by sharing. In turn, Big Tech needs to regard the user not as a resource but as a shareholder, with the right not only to a cut of its profits but a say in how the enterprise is run, and how its assets (ie. user data) are used.

If that data is properly leveraged for AI purposes, it could be a win-win for corporations and citizens. Various challenger apps to Facebook have tried this model, but failed to scale – so far. If Big Tech copied this business model we would give them not only more data, but higher quality (i.e. more honest and accurate) data.

This in turn would give America the competitive edge it needs to use data to develop its AI industry, and demonstrate that our liberty and free markets are more effective than Chinese state control. It might also help the public see tech firms as business partners, and not corporate leviathans that need breaking up.

Most importantly, the increased quantity and quality of data made available under the new model would accelerate economic and technological growth. McKinsey predicts that AI will contribute $15 trillion per year (the size of China’s GDP) to the world economy by 2030.

For America to capture its share of that prize, there needs to be a new bond of trust between users, tech firms and the government. That can only happen if the population is educated to know that data is used to benefit us as a nation, not to spy on us as individuals. In return, we as individuals need to be ready to contribute to be ready to become the ‘data infantry’ and volunteer our services.

There’s a Chinese way to get ahead in AI, by single-minded authoritarianism. Let’s come together to make an American way that’s even more successful. 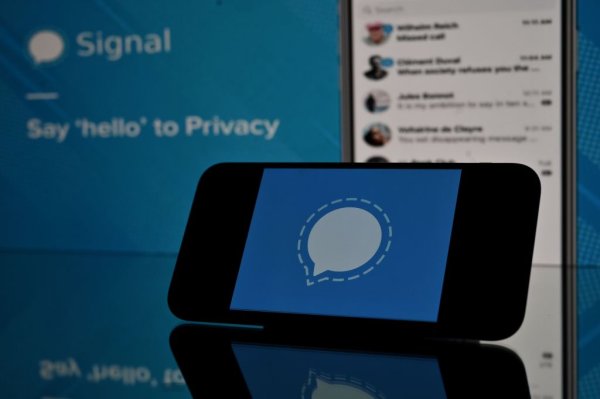