'His Fight Is in Russia.' Why Navalny Flew Home Straight Into Putin's Clutches

Russian opposition leader Alexei Navalny walks to take his seat in a Pobeda airlines plane heading to Moscow before take-off from Berlin Brandenburg Airport (BER) in Schoenefeld, southeast of Berlin, on Jan. 17, 2021
Kirill Kudryavtsev—AFP via Getty Images
By Madeline Roache

Russian opposition activist Alexei Navalny flew straight into the hands of the Russian police on Jan. 17 when he returned from Germany, where he spent five months recovering from an assassination attempt that he and his supporters blamed on the Kremlin.

Police detained Navalny, Russia’s most prominent critic of President Vladimir Putin, at border control on Sunday evening at Moscow’s Sheremetyevo airport. On Monday, he was tried in a local police precinct in the town of Khimki near Moscow, where the judge placed him under arrest for 30 days pending his next trial scheduled for Jan. 29.

Navalny stands accused of violating the terms of his probation for embezzlement, a 2014 case he says was fabricated. If the court agrees, he will be put behind bars for three and half years. Dozens of people gathered outside the precinct in the bitter cold, shouting “let him out!”.

Navalny, the head of Russia’s Anti-Corruption Foundation, has increasingly become a thorn in Putin’s side in recent years through his street protests, political campaigns, and exposés of government corruption which have helped unseat the president’s allies in local elections. He has been jailed more than ten times, spent hundreds of days in police custody since 2011, and was left in a coma after being poisoned by a powerful nerve agent last year.

The anti-corruption activist knew what awaited him on his return. At the end of December, his name was added to the Federal Wanted List over his alleged probation violations. On top of that, Russia’s investigative committee opened a new criminal case on Dec. 29, accusing him of the supposed misallocation of crowd-sourced funds at his Anti-Corruption foundation. If found guilty, he could be imprisoned for up to ten years. The question some are asking is why he would risk his freedom, and his life, to return?

Exile from Russia was not an option for Navalny

Navalny, for one, said he never doubted he would come back to his homeland. “The question ‘to return or not’ never stood before me,” he said in an Instagram post on Jan. 14. “Mainly because I never left. I ended up in Germany, having arrived in an intensive care box, for one reason: they tried to kill me.”

His close colleague, Vladimir Ashurkov, executive director of the Anti-Corruption Foundation living in exile in London, tells TIME that back in August he entertained the idea of discussing with Navalny how he could continue his fight from the safety of another country. “But when we started talking, I understood this was not an option. His fight is in Russia and he did not do anything wrong,” he says.

In August last year, Navalny was poisoned by Novichok, an internationally banned nerve agent developed in the Soviet Union and Russia, during a visit to the Siberian city of Tomsk. When he emerged from his medically induced coma in Berlin, having been airlifted there from Omsk, he immediately accused Putin of being behind the attack. Russia has consistently denied any involvement. The attack prompted the E.U. and U.K. to impose sanctions—asset freezes and visa bans—against some six Russian officials and drove relations between Russia and Europe to a new low.

A December report by the investigative news organization Bellingcat, in collaboration with independent media outlets, identified eight FSB operatives working for a clandestine unit, who according to the investigation, were behind the attack. By analysing cell phone and travel data, they found that these operatives had followed Navalny on more than 30 occasions since 2017. Eliot Higgins, founder of Bellingcat says, “We found multiple instances where this FSB team seems to have been involved in the successful assassination of other figures, and failed assassinations of some others.”

A few days later, Navalny published a phone recording on YouTube of him duping an FSB officer allegedly involved in the assasination attempt, Konstantin Kudryavtsev, into divulging how he’d tried to poison him. During the 49-minute conversation, in which Navalny posed as an aide, Kudryavtsev revealed that operatives poisoned him via his underpants.

Putin, who never refers to Navalny by name, instead calling him the “Berlin patient” or a “blogger”, denied that the FSB was involved. “If they’d wanted to [poison him] then they probably would have finished the job,” he said during a press conference on Dec. 17.

High stakes for the Kremlin

Navalny’s return has put Putin in an awkward situation. “Every step taken by the Kremlin has the potential to make Navalny more well known,” says Ben Noble, a lecturer in Russian politics at the U.K’s University College London. It is clear from Navalny’s swift arrest that the authorities are trying to “take him out of public view as soon as possible”, says Noble. “They don’t want him to be greeted at home as a hero,” he adds. That could explain why the authorities diverted his plane last minute from Vnukovo airport, where journalists and hundreds of supporters gathered, to a different Moscow airport.

Navalny’s return has “particular high stakes” for the Kremlin due to the parliamentary elections scheduled for September, says Noble. Putin’s United Russia (UR) party faces a challenge like never before in maintaining a supermajority in parliament with support hovering at around 31%, according to the state-run pollster VCIOM, having hit a record low of 30.5% in August. “The Kremlin does not want Navalny and his team to make them any more difficult than they’re going to be, especially given the economic situation and uncertainty over the pandemic,” says Noble.

The elections will put to the test Navalny’s “smart voting” initiative, which directs voters to support candidates most likely to defeat the United Russia nominee. In the 2019 Moscow city elections—the first vote targeted by “smart voting”—the ruling party lost a third of its seats on the city council and saw its majority slashed to only five.

What also concerns the Kremlin, says Noble, is that Navalny is more recognisable than ever in Russia. In May 2013, the number of people who said they had never heard of him stood at 59%, according to the Levada Center, an independent polling agency in Moscow. By September last year, that had fallen to 18%. It also found that 20% of respondents approved of him, up from 6%, and people who disapprove of him increased to 50%, from 35%.

What will the world do now about Navalny?

Experts say Navalny is not going to walk free anytime soon. “Given the speed with which authorities have moved to take Navalny out of public view, they’re most likely going to lock him up,” says Noble.

Officials in the U.K. and E.U. have condemned the move, with some urging new sanctions against Russia for violating human rights. Joe Biden’s incoming national security adviser, Jake Sullivan, called for Navalny’s immediate release and said the “perpetrators of the outrageous attack on his life must be held accountable”.

But many doubt this will do much for Navalny. Higgins of Bellingcat says the reaction to Navalny’s arrest is “utterly toothless.” Navalny’s poisoning is just one event that Bellingcat say they have linked to the FSB, he says. “Assassinations, coup attempts, let alone attempts to interfere in democratic processes by Russia have been going on across the world. This is just what we know about. Russia doesn’t care about sanctions,” he says.

Ashurkov argues that sanctions are largely ineffective because they fail to target enough decision-makers in Putin’s regime, who stash their money in the West. A few days before Navalny boarded his flight, he and Ashurkov agreed on a list of eight individuals, who they think should be sanctioned. The list that Ashurkov published to his Facebook page on Jan. 18, includes Russia’s health minister and agriculture minister.

Even if he does remain behind bars, Navalny’s return and arrest may yet be a defining moment for Russia and governments around the world. “If the international community doesn’t do something that Russia cares about, Russia will realise that it can get away with whatever it wants,” says Higgins. 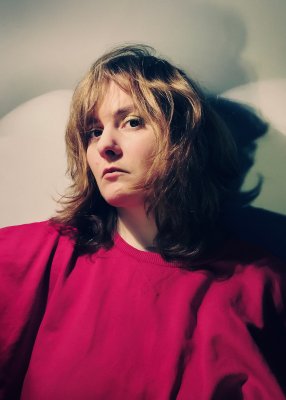 Russian Feminist Poets Are Changing What It Means to Protest
Next Up: Editor's Pick