Game of Thrones Showrunners Are Making Their First Movie Together

The showrunners and writers behind the HBO adaptation of Game of Thrones are making their first foray into film.

David Benioff and D.B. Weiss have signed on to write, direct and produce Dirty White Boys. Don’t be fooled by the title—the new project has nothing to do with GoT. Rather, the film will be based on the 1995 novel of the same name by Stephen Hunter, about three violent fugitives and the state trooper who attempts to track them down.

Benioff told Deadline that he and Weiss were in love with Hunter’s book and excited to bring it to the big screen. “For [D.B.] and I, we started writing Game Of Thrones in 2006, and this book could not be more different, a contemporary thriller, but the characters are so well drawn that you become attached to them, good or bad, and you want to follow them.”

But fear not, GoT fans: The duo are still fully commited to their work on Westeros, especially considering the show has just been renewed for another two seasons. 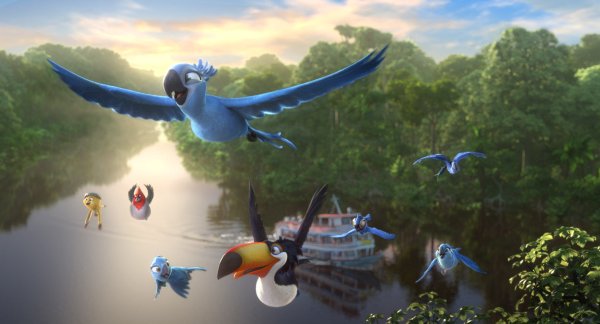 'Rio 2' REVIEW: Meet the Flockers
Next Up: Editor's Pick