In These Tumultuous Times, Sea Shanty TikToks Have Suddenly Become a Port in the Storm

While 2021 has already served up plenty of wretched bombshells, the best surprise of the past two weeks might be TikTok’s biggest new trend: sea shanties. As the world hurtles head-first into 2021, sea shanties are turning into a safe harbor for social media users looking to take their mind off the events of the day with some (very) old-timey entertainment.

It all started when Scottish musician Nathan Evans recorded a video performing a remarkably catchy rendition of “Wellerman,” a 19th century shanty of New Zealand origin. It blew up online, garnering over four million views on TikTok alone. From there, it wasn’t long before other users were piggybacking on the trend by duetting the whaling tune alongside Evans or debuting sea shanty performances of their own. Thus, #ShantyTok was born.

Despite the fact that the recent resurgence of sea shanties is owed entirely to the internet, their modern appeal certainly harkens back to their original purpose: synchronizing individual efforts to achieve a common goal.

In centuries past, the purpose of these call-and-response work songs was, of course, to maintain a ship crew’s focus on safely navigating often dangerous waters. Whether the task was rowing, hoisting sails or hauling nets, the hand-over-hand beat of sea shanties was intended to help sailors keep time with each other.

But amid a global pandemic that has kept many people at home and isolated for nearly a year, sea shanties can help foster a sense of community during a time when many are feeling lonely. As expertly noted by Vulture‘s Kathryn VanArendonk, at their heart, sea shanties are “unifying, survivalist songs, designed to transform a huge group of people into one collective body, all working together to keep the ship afloat.”

Thanks to TikTok’s duet feature, which allows users to build on fellow TikTokers’ videos with their own additions, Evans’ solo rendition of “Wellerman” has been transformed into a complex split-screen harmony, complete with multiple vocal parts and instrumental accompaniment. It’s a group project that everyone in the video worked on individually, which makes its success all the more impressive.

Affirming that the traditional shanty format possesses a timeless quality, some people have even begun turning popular songs of today, like Smash Mouth’s “All Star” and Cardi B and Megan Thee Stallion’s “WAP,” into sea shanties in their own right.

A video of one reluctant sea shanty fan discovering the allure of these nautical ditties has also gone viral. All it took was a car ride and an inspirational brother.

The 45-second clip perfectly showcases how shanty sing-alongs have a way of drawing others in to the fold, or, as one commenter puts it, “I guess it makes sense when you think [about how] the artform originated as a way to provide pleasure, connection and entertainment during periods of sustained social isolation.”

So if you’re in need of a distraction amid everything going on right now, #ShantyTok is here for you. Keep calm and shanty on. 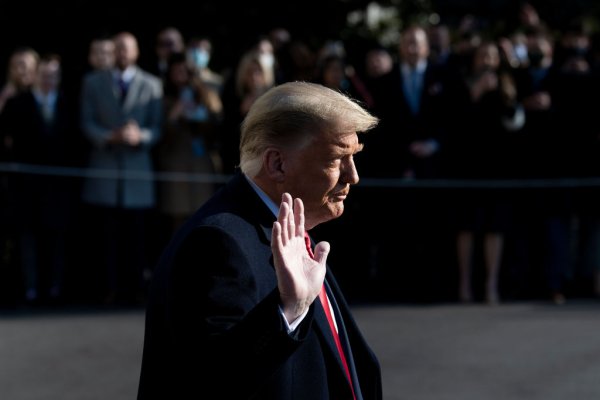 Why Deplatforming Trump and Parler Won't Fix Long-Term Damage
Next Up: Editor's Pick