Sadiq Khan, the Mayor of London, declared a “major incident” in the city on Friday as a surge in COVID-19 cases threatened to overwhelm hospitals, with around 1 in 30 Londoners estimated to be infected with the virus.

“The situation in London is now critical with the spread of the virus out of control,” Khan said as he made the declaration, which allows emergency services to take special measures to combat the crisis and has previously been applied during terrorist attacks in Central London and the Grenfell Tower Fire. “We are declaring a major incident because the threat this virus poses to our city is at crisis point. If we do not take immediate action now, our NHS could be overwhelmed and more people will die.”

The emergence of a new, more infectious strain of COVID-19 in the U.K. in December has triggered a significant spike in transmission rates across the country, despite existing social distancing measures and tight restrictions on gatherings. The U.K. has recorded more than 50,000 new cases of COVID-19 every day of 2021 so far, with a peak of more than 62,000 on Wednesday. On Friday the country recorded its highest ever daily death toll, with 1,325 people dying after testing positive for the virus in a 24-hour period, more than the worst day during the peak of the first wave in April.

On Jan. 4 Prime Minister Boris Johnson placed England under strict lockdown measures, with people unable to leave home except to buy essential goods and to exercise in their local area. Devolved governments in Scotland, Wales and Northern Ireland have also imposed similar measures.

The capital has been particularly hard hit by the latest wave of infections. Figures released Tuesday by the U.K.’s national statistics office estimated that one in 30 people were infected with Covid-19 in London between Dec. 27 and Jan. 2, compared to around 1 in 50 in England as a whole.

On Wednesday, health service news outlet HSJ reported that the National Health Service had told senior doctors that the London’s hospitals will be overwhelmed by Jan. 19, with a shortage of 2,000 beds, even under the likely “best case scenario.”

According to the London Assembly, the number of people in the city’s hospitals grew by 27%, to 7,034, in the week up to Jan. 6 and the number on ventilators rose 42%, to 908. Khan said he had no choice but to act now in the face of a worsening situation. “The stark reality is that we will run out of beds for patients in the next couple of weeks unless the spread of the virus slows down drastically.” 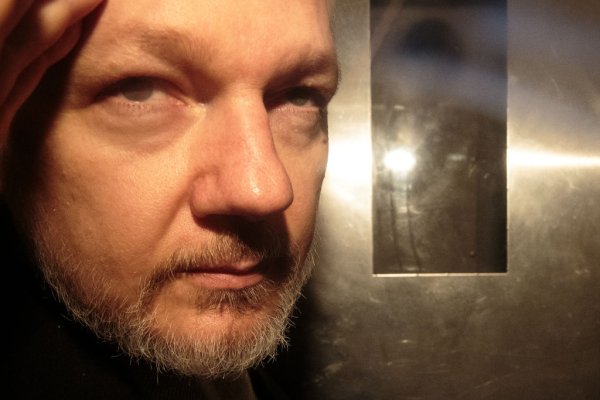 U.K. Judge Refuses to Extradite Julian Assange to U.S.
Next Up: Editor's Pick