By Megan McCluskey and Michael Zennie

Facebook has blocked President Donald Trump from using its service—including Instagram, which is owned by Facebook— for the remainder of his presidency after he incited supporters in Washington, D.C., who turned violent and stormed the U.S. Capitol.

In a Thursday morning post, Facebook CEO Mark Zuckerberg announced that the company was extending the block it had placed on Trump’s Facebook and Instagram accounts on Wednesday until at least the inauguration of President-elect Joe Biden on Jan. 20—and perhaps longer.

“We believe the risks of allowing the President to continue to use our service during this period are simply too great,” Zuckerberg wrote. “Therefore, we are extending the block we have placed on his Facebook and Instagram accounts indefinitely and for at least the next two weeks until the peaceful transition of power is complete.”

The move came after social media platforms removed posts Wednesday by Trump, and blocked him from posting to his tens of millions of followers. At about 7 p.m. ET, Twitter announced it had locked Trump’s Twitter account for 12 hours and removed three tweets, including a video message from the President to his supporters, that the platform said carried a “risk of violence.”

Facebook announced about 8:30 p.m. that it had locked the president’s account on its platform for 24 hours, preventing him from posting after also removing the Trump video. Instagram, which is owned by Facebook, blocked Trump from posting for 24 hours as well.

In the banned video, posted about 4 p.m., Trump spoke directly to his supporters, whom he had urged to gather in Washington D.C. as Congress took up the Electoral College certification that would finalize Joe Biden’s victory over the President. Trump used the video to once again make false claims of election fraud, before encouraging his supporters, who had unlawfully entered the Capitol building, to go home in peace.

Later in the evening, Trump again tweeted false information about the election and urged those who stormed the Capitol “go home with love & in peace.” Twitter similarly restricted engagement with that tweet.

Social media companies have long been under pressure to prevent Trump from posting false and misleading posts on his accounts. Trump has more than 88 million followers on Twitter and 33 million on Facebook.

Read more: How the World Is Responding to a Pro-Trump Mob Storming the U.S. Capitol

Twitter has previously flagged numerous tweets from Trump for disputed information, but Wednesday’s action appears to be the first time that Twitter has locked down engagement with one of his posts as well as marked it for “risk of violence.”

“As a result of the unprecedented and ongoing violent situation in Washington, D.C., we have required the removal of three @realDonaldTrump tweets that were posted earlier today for repeated and severe violations of our Civic Integrity policy,” a Twitter statement said. “This means that the account of @realDonaldTrump will be locked for 12 hours following the removal of these Tweets. If the Tweets are not removed, the account will remain locked. Future violations of the Twitter Rules, including our Civic Integrity or Violent Threats policies, will result in permanent suspension of the @realDonaldTrump account.”

Twitter also warned that Trump risks a permanent suspension of his account if he violates the platform’s rules in the future.

Facebook, in a statement posted on Twitter said: “We’ve assessed two policy violations against President Trump’s Page which will result in a 24-hour feature block, meaning he will lose the ability to post on the platform during that time.”

Write to Megan McCluskey at megan.mccluskey@time.com and Michael Zennie at michael.zennie@time.com. 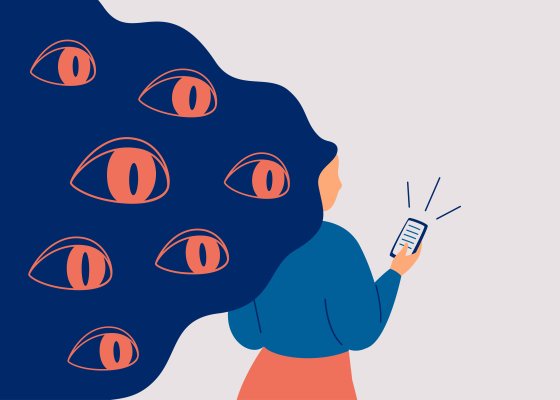