The first locally transmitted case of Covid-19 in eight months was reported in Taiwan, ending what was the world’s longest stretch without a domestic infection and providing a reminder of the virus’s ability to outfox even the most successful efforts to contain it.

An unidentified patient was confirmed to have caught Covid-19 in Taiwan, according to an official from Taiwan Centers for Disease Control. While it has seen cases in travelers arriving from outside, Taiwan’s last infection within the community was April 12.

The reemergence of a local outbreak threatens to derail one of the standout success stories in the global fight against the pandemic. Taiwan has managed to keep its total number of cases to 766, with just seven deaths, through a combination of restricting travel into the island early in the outbreak and implementing a strict quarantine and contact tracing strategy.

Taiwan currently holds the No. 2 spot in Bloomberg’s Covid Resilience Ranking, a measure of the best places to be in the Covid-19 era.

The continued spread of the coronavirus worldwide, however, has meant Taiwan’s authorities have had to remain on their guard. Since the last case of domestic transmission in April, more than 300 cases have been brought in by people returning from overseas.

The absence of the virus has meant life has been able to continue pretty much as usual in Taiwan, an island about 80 miles off the southeastern coast of China. Offices, schools and businesses have largely remained open as the government avoided implementing a lockdown, though mask-wearing is still encouraged. Taiwan’s successful handling of the outbreak meant it dodged the economic damage seen elsewhere, putting it among the few places to still be predicting growth this year.

The domestic travel industry has seen something of a boom, with Taiwan’s 24 million people unable to travel overseas for vacations due to the restrictions. Meanwhile, external demand for Taiwan’s technology — it is home to Hon Hai Precision Industry Co., a key iPhone manufacturer, and a swathe of chipmakers — remains strong as people purchase laptops and tablet computers to work and study from home.

The economy will likely expand around 2.3% this year, according to economists surveyed by Bloomberg, in stark contrast to most other developed economies around the world which are expected to fall into recession.

Highly contagious and manifesting in some with little or no symptoms, the virus has re-emerged in a number of places where it was thought to have been largely eliminated. And many countries like Japan and South Korea that showed initial success in fighting off the virus are now facing their worst outbreaks with the onset of winter.

Thailand, the first country to record a Covid-19 case outside of China, and New Zealand both went more than 100 days without a locally transmitted infection before new cases emerged.

In June, a fresh outbreak occurred in Beijing after 55 days with no local cases. George Gao, head of China’s Center for Disease Control and Prevention, said at the time that transmission could have started a month earlier, with asymptomatic or mildly symptomatic patients still able to shed significant amounts of the virus. It’s also possible it lurks in dark, humid conditions before being amplified in infected people, he said. 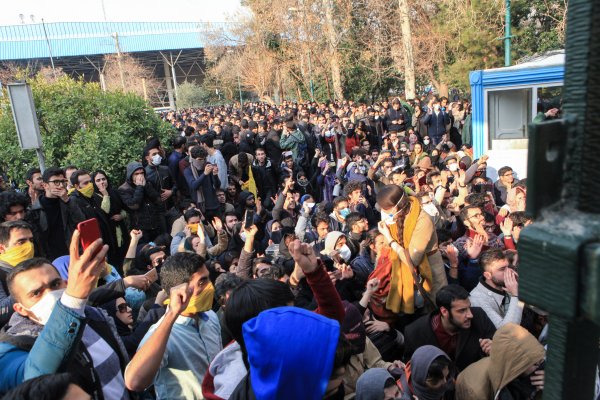 CPJ: Murders of Journalists Doubled in 2020
Next Up: Editor's Pick